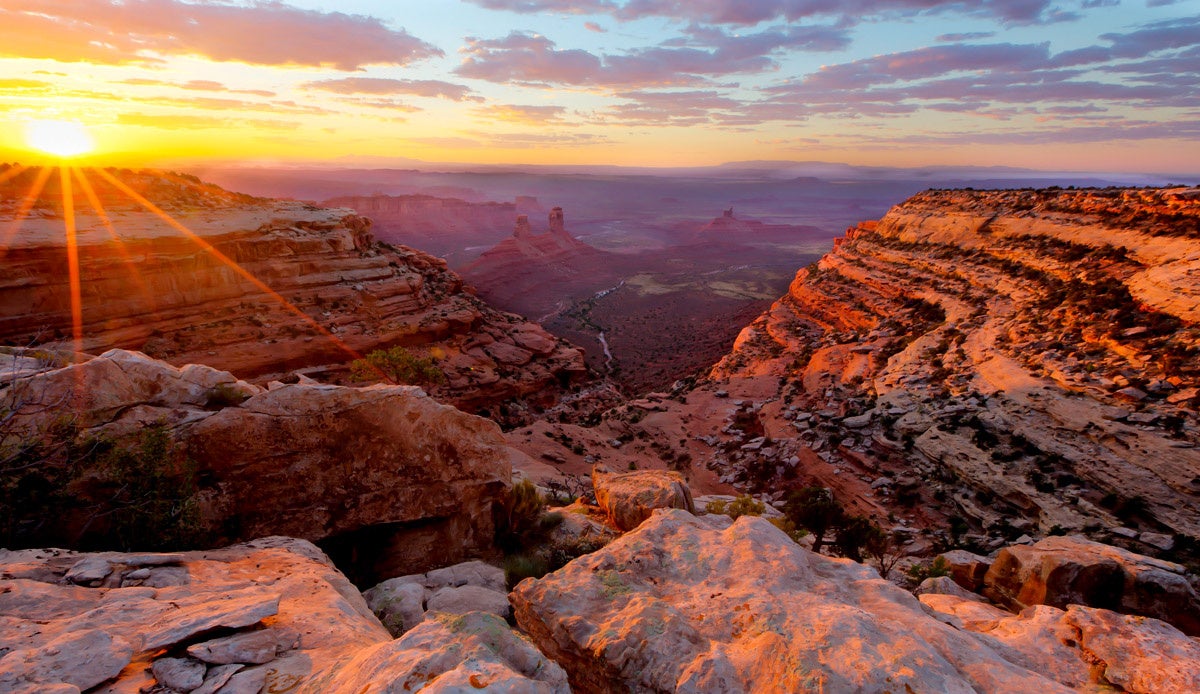 Interior Sec.
Ryan Zinke will recommend unspecified boundary adjustments for a “handful” of the 27 national monuments under review by the Trump administration, according to an interview with the Associated Press.

Zinke commented that he will not ask President Trump to rescind any designations or revert sites to new ownership. Any areas removed from the protected lands would also remain under federal control and public access would remain or improve.

Under Trump’s April executive order, Zinke was given 120 days to determine if previous presidential administrations exceeded their authority in monument designations from 1996 to present that are 100,000 acres or greater in size. Republican lawmakers have particularly accused President Obama, who designated more monuments than any other president, of abusing the Antiquities Act to protect land and water.

“No President should use the authority under the Antiquities Act to restrict public access, prevent hunting and fishing, burden private land, or eliminate traditional land uses, unless such action is needed to protect the object,” Zinke said in a statement today about the draft report he submitted to Trump.

“The recommendations I sent to the president on national monuments will maintain federal ownership of all federal land and protect the land under federal environmental regulations, and also provide a much needed change for the local communities who border and rely on these lands for hunting and fishing, economic development, traditional uses, and recreation.”

The former Montana congressman did not specify to the AP which sites could undergo changes. The White House has not yet issued a comment.

Zinke visited eight of the 27 national monuments under review. He previously recommended no changes to six sites in Montana, Colorado, Idaho, California, Arizona and Washington. He said that the Obama-designated Bears Ears National Monument in Utah should be downsized, despite widespread public opposition to such a plan.

Today’s news was a blow to environmental groups that have long expressed fears that the lands could be sold to private development.

“Whether the preservation of Native American sacred sites or a natural wonder of the world, public lands and waters are granted monument status for a reason. Stripping these places of that protection devalues the diverse history they preserve, the outdoor economy they support, and the future they offer,” Brune continued.

“This misguided recommendation is yet another unpopular action from an unpopular administration—one they are too ashamed to make public. The American people deserve to know what Sec. Zinke, Trump and their friends in the dirty fuel industry plan to do with our public lands under the guise of this sham review.”

A
recent analysis found that 99.2 percent of the millions of public comments submitted about Bears Ears and other parks opposed Trump’s executive order that placed them under scrutiny.

“The recommendation to alter certain national monuments, including reducing Bears Ears in Utah, is the direct result of Secretary Zinke favoring the voices of oil and gas executives instead of the people who submitted nearly 3 million public comments opposing changes to these important places,” Greenpeace USA climate campaigner Mary Sweeters said.

“What could have been protected public lands and waters for generations to come now face the risk of becoming oil fields, thanks to an Interior Department full of oil and gas errand-boys like Deputy Secretary David Bernhardt. The public response to the Trump administration’s review of nearly 30 public land and marine monuments broke records, and the sentiment that these lands and marine regions should remain protected was nearly unanimous,” Sweeters continued.

“From Alaska to Utah, people are prepared to stand up to Trump and Secretary Zinke and demand that the Interior Department protect public places from greedy oil and gas developers looking for short-term profit with long-term consequences.”

“Today’s announcement is another in a long line of blatant handouts to the oil and gas industry,” he said. “If Secretary Zinke recommends shrinking Bears Ears National Monument it will be another slap in the face to Native American tribes who lobbied for years to get it designated as a National Monument. This follows on the heels of Trump’s approval of the Dakota Access Pipeline despite strong tribal opposition. Zinke’s action is illegal and he can rest assured that his latest giveaway to corporate polluters will be litigated in the courts.”

Rhea Suh, president of Natural Resources Defense Council, agreed. “These cherished waters and iconic lands have been set aside, for all time, so that future generations may know the natural splendor, cultural diversity and vivid history we share as American people,” she said. “That’s a promise we’ve made to our children. It’s a promise we’re going to keep. If Trump tries to break it, we’ll see him in court. That’s a promise too.”

Zinke declined the AP’s request to comment on whether portions of the monuments would be opened up to oil and gas drilling, mining, logging and other industries. However, he dismissed fears about the intention to sell off public lands.

“I’ve heard this narrative that somehow the land is going to be sold or transferred,” he said. “That narrative is patently false and shameful. The land was public before and it will be public after.”