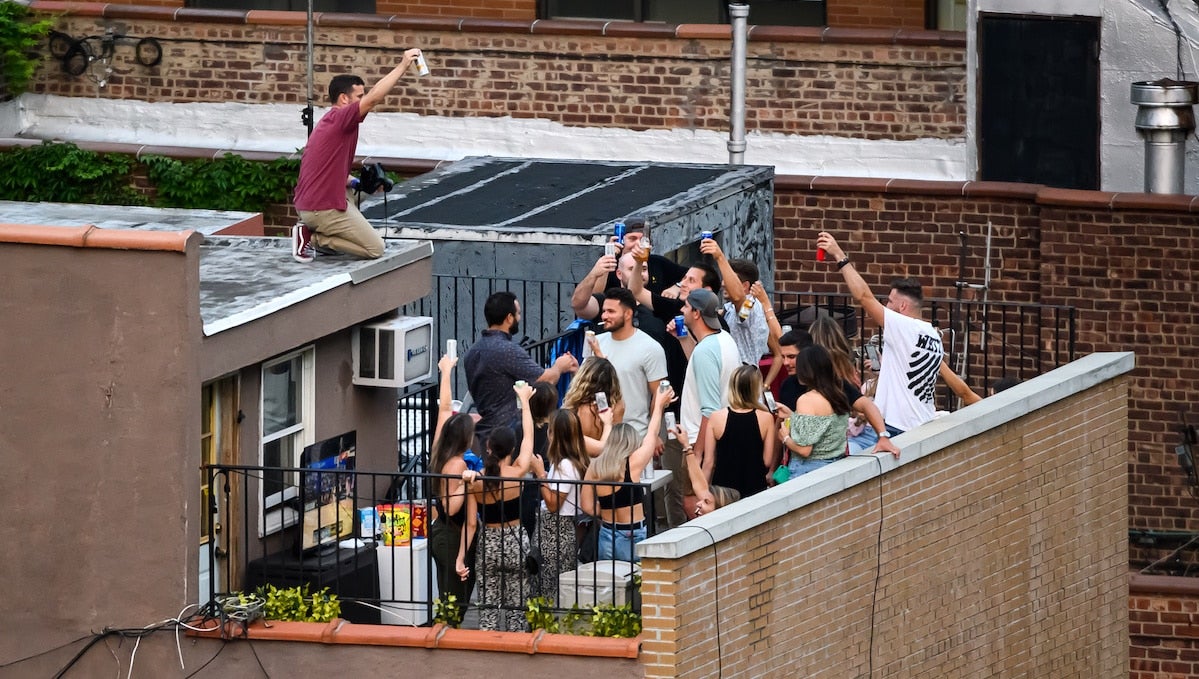 Young people party on a rooftop in Kips Bay as the city continues Phase 4 of re-opening following restrictions imposed to slow the spread of coronavirus, on Aug. 1, 2020 in New York City. Noam Galai / Getty Images

The World Health Organization (WHO) issued a blunt warning as many schools and universities around the world grapple with how to reopen safely: young people are the main spreaders of the coronavirus, according to a news briefing hosted by the WHO on Tuesday.

“People in their 20s, 30s and 40s are increasingly driving the spread,” Takeshi Kasai, the WHO’s Western Pacific regional director, said at the briefing. “The epidemic is changing.”

Many colleges are noticing that trend anecdotally. Just after re-opening for in person education, the University of North Carolina, Chapel Hill had to transition to remote learning after outbreaks occurred in fraternities and residence halls. The University of Notre Dame in Indiana also announced that it was going fully remote for the next two weeks after a surge of infections around campus.

“In just the past week (Aug. 10-16), we have seen COVID-19 positivity rate rise from 2.8 percent to 13.6 percent at Campus Health,” said Chancellor Kevin Guskiewicz and Vice Chancellor Robert Brown in a letter about a week after classes started, as CNN reported. “As of this morning, we have tested 954 students and have 177 in isolation and 349 in quarantine, both on and off campus,” the letter said.

The surge in cases among those considered least at-risk is happening around the world, according to the WHO. In the Philippines and in Australia, more than half the confirmed cases are from people under 40. In Japan, 65 percent of positive infections were from people in the first half of their lives as well, as The Washington Post reported.

The findings from the WHO echo a July 2020 study from South Korea, which found that teens and tweens were the most likely to spread the novel coronavirus, as EcoWatch reported at the time.

The WHO findings were based on an analysis of roughly 6 million international cases that spanned from late February to mid-July. The numbers showed an uptick in the proportion of children and young adults infected.

“While we see differences across regions, we do see a consistent shift towards more younger people being reported among COVID-19 cases,” the WHO told Al Jazeera.

The largest increase was observed in the 15-24 age group, which grew from grew from 4.5 to 15 percent of the total positive infections in the data set, according to Al Jazeera.

“This increases the risk of spillovers to the most vulnerable: the elderly, the sick, people in long-term care, people who live in densely populated urban areas and underserved rural areas,” Kasai said, as The Washington Post reported.

The recent uptick in cases in the Asia-Pacific region has been alarming for officials. Recently, both Vietnam and New Zealand, which seemed to have the virus under control and had gone months without a new case, saw a new cluster of infections, according to Reuters.

“What we are observing is not simply a resurgence. We believe it’s a signal that we have entered a new phase of pandemic in the Asia-Pacific,” Kasai said, as Reuters reported.

“We just need to make sure the message is getting out, particularly to young people, particularly to children and young adults, that you are not invulnerable to this and you can get infected,” said Maria Van Kerkhove, head of the WHO’s emerging disease and zoonosis unit, as The Washington Post reported. “We are seeing young people who are dying from this virus.”