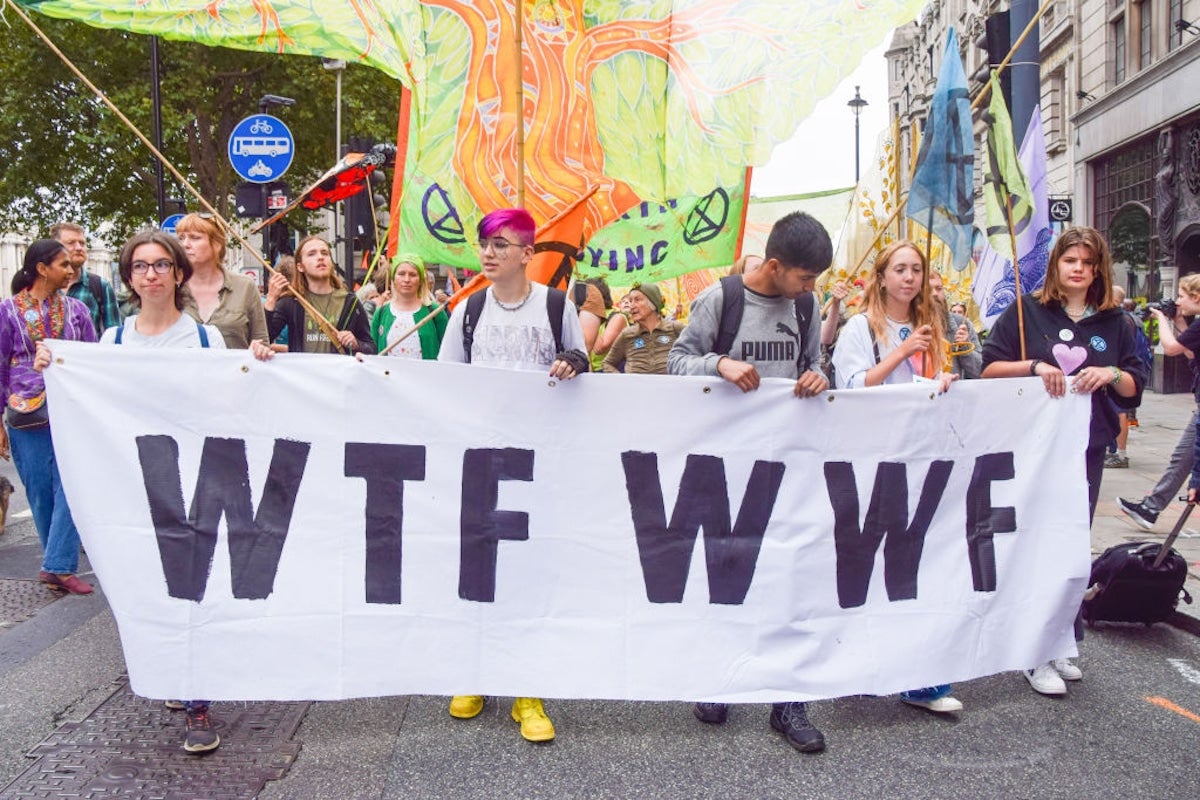 NFTs enable virtual art collection because they give each digital artwork a unique signature that can’t be copied, as WWF explained in a video. On Wednesday, WWF UK prompted a social media backlash when it announced it would be selling NFTs focusing on 13 endangered species.

“I thought this was a parody account,” wrote one Twitter user. “This is the snake eating its own tail. It’s over. Shut it down.”

Others threatened to cancel their WWF donations, as Climate Home News reported. Why is this fundraising choice so controversial?

Most NFTs are supported by a blockchain for Ethereum, a type of cryptocurrency, as The Verge explains. Like many cryptocurrencies, Ethereum uses a lot of energy and therefore contributes to the climate crisis. In fact, it currently has a carbon footprint equal to Sweden, according to Climate Home News.

WWF UK maintains that it is using a blockchain called Polygon that is less energy intensive.

“[E]ach transaction has the equivalent carbon emissions of a glass of tap water,” WWF UK tweeted.

However, experts have contested the idea that Polygon is truly eco-friendly because it ultimately still relies on the Ethereum blockchain.

“Polygon registers transactions on Ethereum, a PoW (proof of work) blockchain which has a carbon footprint the size of Sweden’s. And yes, you’re still expected to pay for these NFTs with dirty cryptos,” Pete Howson, a senior lecturer in International Development at the University of Northumbria, told Euronews Green.

Further, he noted that, if WWF UK’s NFTs do well, it could lead to more emissions.

“Proof of Work ‘mining’ or validating is what gives Ethereum its dirtiness. If people are buying Eth to spend on WWF’s NFTs, the value of Eth then goes up and the amount of mining, therefore, increases, because the rewards for doing so are higher,” he explained.

WWF UK argued that NFTs and blockchain are “here to stay” and that engaging with them responsibly can create a new fundraising opportunity to protect endangered animals, according to Climate Home News.

Other environmental groups did not agree with the strategy, however. Survival International responded by pointing to WWF’s history of funding anti-poaching rangers that have been accused of torturing and killing Indigenous people. As BuzzFeed News reported. Greenpeace EU, moreover, sent a mocking tweet promoting a different kind of NFT: Natural Forest Trees.

This isn’t the first time WWF has turned to NFTs to raise funds. In November of last year, WWF Germany announced it was working with artists to create Non-Fungible Animals (NFAS), unique digital artworks of 10 endangered species. The charity was only releasing as many NFTs as the number of depicted animals left in the wild. For example, because there are only 447 Baltic porpoises left, only 447 NFTs depicting them would be sold, Gizmodo reported.