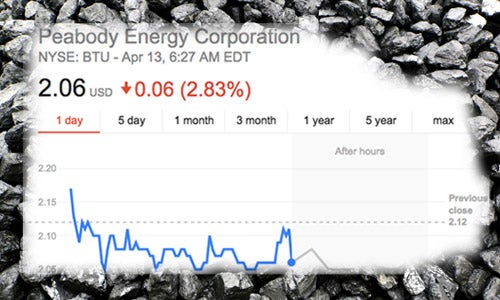 Peabody Energy, the world’s largest privately owned coal company, filed for bankruptcy today, becoming the latest in a series of coal giants to do so. The bankruptcy filing is one of the largest on record in the commodities market. 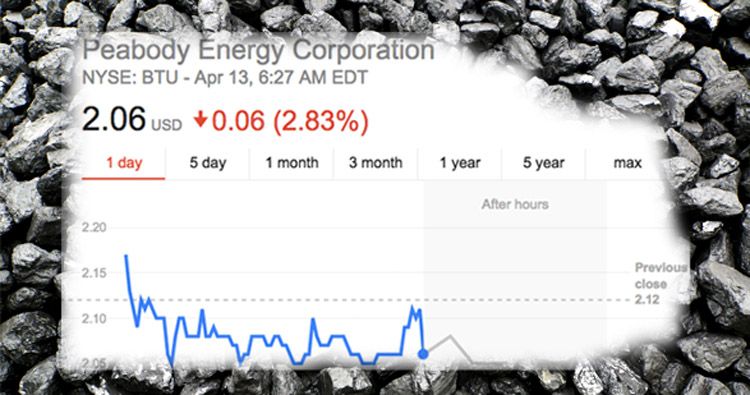 Shares of the energy company fell 75 percent this year, driven by the low demand for and price of coal, which has also fallen 75 percent since 2011. Peabody also cited the increasing use of natural gas and “ongoing regulatory challenges” as reasons for its filing.

Mary Anne Hitt, director of the Sierra Club’s Beyond Coal campaign, said Peabody’s filing should serve as a “wake-up call” for the rest of the industry. Producers accounting for about 45 percent of U.S. coal production have filed for bankruptcy since coal’s steep decline began.

Peabody Energy Should Be in Criminal Court, Not Bankruptcy