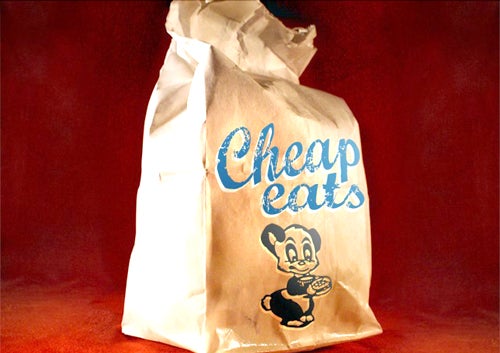 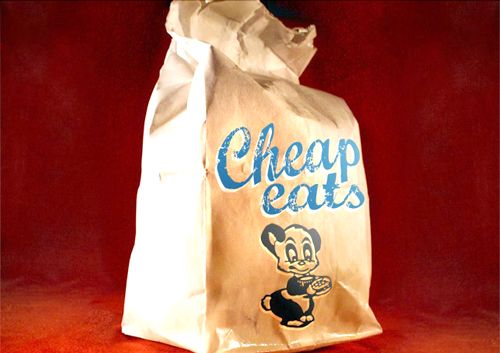 In 2010, Americans spent just over 9 percent of their disposable income on food (5.5 percent at home and 3.9 percent eating out).1 This is a dramatically lower percentage spent just decades ago in the early 1960s, when more than 17 percent was spent on food, and even more of a “bargain” compared to 1930, when Americans spent more than 24 percent of their disposable income to feed their families.

When you compare what Americans spend to what people in other countries spend, you’ll also notice some great disparities.

On the surface, having cheaper food may seem like an advantage, but in reality while Americans may be saving a few dollars on their meals, they’re paying big time in terms of their health, and the health of the planet.

Unfortunately, the “faster, bigger, cheaper” approach to food production that the U.S. has mastered is unsustainable and contributing to the destruction of our planet and your health. Michael Pollan, author of The Omnivore’s Dilemma and a number of other bestsellers, said it best:

“Cheap food is an illusion. There is no such thing as cheap food. The real cost of the food is paid somewhere. And if it isn’t paid at the cash register, it’s charged to the environment or to the public purse in the form of subsidies. And it’s charged to your health.”

In other words, pay now or pay later. American food may be cheap, but that’s about the only “compliment” it deserves, because when you rely on cheap food, you typically get what you pay for.

Why are So Many Americans Fat and Sick?

In many cases, easily the majority, it is due to dietary factors. Millions of Americans live in “food deserts” where fresh produce is hard to find but processed food and fast food is available everywhere. If your meals consist of $1 burgers and super-size drinks, your diet may be cheap, but it is also excessively high in grains, sugars and factory-farmed meats. This is a recipe for obesity, diabetes and heart disease, just to name a few calamitous conditions that befall those who consume the standard American diet.

You have the U.S. government to thank for this cheap food, as farm subsidies bring you high-fructose corn syrup, fast food, animal factories, monoculture and a host of other contributors to our unhealthful contemporary diet. A report comparing federal subsidies of fresh produce and junk food, prepared by U.S. PIRG, a nonprofit organization that takes on special interests on behalf of the public, revealed where your tax dollars are really going, and it’s quite shocking.

If you were to receive an annual federal subsidy directly, you would receive $7.36 to spend on junk food and just 11 cents to buy apples. In other words, every year, your tax dollars pay for enough corn syrup and other junk food additives to buy 19 Twinkies, but only enough fresh fruit to buy less than a quarter of one red delicious apple.

Heart disease is a direct reflection of poor dietary choices. Heart disease costs us $189.4 billion per year. However, statistics show that by 2030, these costs will triple, resulting in a mind-bending $818 billion.3 Meanwhile, as TreeHugger reported:

“If Americans continue to pack on pounds, obesity will cost us about $344 billion in medical-related expenses by 2018, eating up about 21 percent of healthcare spending, according to an article in USA Today.4 Not to mention the unseen health issues associated with a genetically modified and pesticide-bathed food system.”

What’s the “Cost” of a Food System Based on Genetically Modified Foods?

The damage is quite simply immeasurable. Nearly all processed foods in the U.S. contain genetically modified (GM) ingredients, particularly Bt corn and Roundup Ready soy. These crops and other GM varieties are now planted on nearly 4 billion acres of land throughout 29 countries, as their makers (primarily Monsanto, Dupont, Syngenta) continue to praise their worth. These companies, which have created patents and intellectual property rights so that they now control close to 70 percent of global seed sales, extol the virtues of GM crops as though they are a panacea for ending world hunger and solving the food crisis.

But in fact, as a report coordinated by Navdanya and Navdanya International, the International Commission on the Future of Food and Agriculture, The Center for Food Safety (CFS) and others, has stated, GM crops are surrounded by false promises and failed yields, to the extent that they are now destroying the food system with superweeds, superpests and more.

Scientists have discovered a number of health problems—like changes in reproductive hormones, testicular changes and damage to the pituitary gland—related to genetically modified foods, however these studies have been repeatedly ignored by both the European Food Safety Authority and the U.S. Food and Drug Administration (FDA). GM foods are typically regarded as equivalent to their conventional counterparts. This, however, is flawed logic because GM foods contain foreign genes that have never before been introduced into the food supply, and are universally contaminated with toxic GMO-specific herbicide residues.

Behind Virtually Every Cheap Burger is a CAFO

It cannot be ignored that the animals raised on confined animal feed operations (CAFOs) pay one of the highest prices for Americans’ cheap food. The typical CAFO can house tens of thousands of animals (and in the case of chickens, 100,000) under one roof, in nightmarish, unsanitary, disease-ridden conditions.

Animals raised at CAFOs are treated like objects, not animals—stuck in cages, overcrowded, often covered in feces—which is not only hard to watch, but also hard to stomach. It is not at all unusual for animals to be abused in these circumstances; the very conditions in which they live are abuse in their own right. For those who aren’t aware, about 80 percent of all the antibiotics produced are used in agriculture—not only to fight infection, but to promote unhealthy (though profitable) weight gain in animals. Unfortunately, this practice is also contributing to the alarming spread of antibiotic-resistant disease—a serious problem that is costing tens of thousands of Americans their lives.

CAFOs have been highly promoted as the best way to produce food for the masses, but the only reason CAFOs are able to remain so “efficient,” bringing in massive profits while selling their food for bottom-barrel prices, is because they substitute subsidized crops for pasture grazing.

Factory farms use massive quantities of corn, soy and grain in their animal feed, all crops that they are often able to purchase at below cost because of government subsidies. Because of these subsidies, U.S. farmers produce massive amounts of soy, corn, wheat, etc.—rather than vegetables—leading to a monoculture of foods that contribute to a fast food diet. As written in “CAFO: The Tragedy of Industrial Animal Factories”:5

“Thanks to U.S. government subsidies, between 1997 and 2005, factory farms saved an estimated $3.9 billion per year because they were able to purchase corn and soybeans at prices below what it cost to grow the crops. Without these feed discounts, amounting to a 5 to 15 percent reduction in operating costs, it is unlikely that many of these industrial factory farms could remain profitable.

“By contrast, many small farms that produce much of their own forage receive no government money. Yet they are expected somehow to match the efficiency claims of the large, subsidized megafactory farms. On this uneven playing field, CAFOs may falsely appear to “outcompete” their smaller, diversified counterparts.”

As it stands, the book notes that “grazing and growing feed for livestock now occupy 70 percent of all agricultural land and 30 percent of the ice-free terrestrial surface of the planet. If present trends continue, meat production is predicted to double between the turn of the 21st century and 2050.” Does this sound like a good deal to you?

You… and your family (including those who are yet to be born). If you want to optimize your health, you simply must return to the basics of healthy food choices. And, as more and more people begin to grasp this concept and demand healthy, unadulterated foods, the more must be produced, one way or another. There is just no way around it—if you want your family to be healthy, someone in your household, or someone you pay, must invest some time in the kitchen preparing your food from scratch, using fresh, whole ingredients.

Avoiding processed food requires a change in mindset, which is not always an easy task. It can be done, however. Rather than looking at processed foods as a convenience that tastes good or saves money, try thinking of it as:

Your goal should be to strive for 90 percent non-processed, whole food. Not only will you enjoy the health benefits—especially if you buy mostly organic—but you’ll also get the satisfaction of knowing exactly what you’re putting into your body, and that in and of itself can be a great feeling. It may cost more to eat this way, but then again it might not. (And in the long run the amount it will save you in the long run is immeasurable.)

You may be surprised to find out that by going directly to the source you can get amazingly healthy, locally grown, organic food for less than you can find at your supermarket. This gives you the best of both worlds—food that is grown near to you and sold with minimal packaging, cutting down on its carbon footprint and giving you optimal freshness, as well as grown without chemicals, genetically modified (GM) seeds, and other potential toxins.

Restaurants are able to keep their costs down by getting food directly from a supplier. You, too, can take advantage of a direct farm-to-consumer relationship, either on an individual basis by visiting a small local farm or by joining a food coop in your area. To find these types of real foods, grown by real farmers who are eager to serve their communities, visit LocalHarvest.org.

There are many strategies available to stretch your food dollars while feeding your family healthy foods. Rather than wasting money on expensive cereal boxes and bags of chips, put your money toward foods that will serve your health well, such as raw organic dairy, cage-free organic eggs, fresh vegetables and fermented foods you make at home (fermented foods are incredibly economical because you can use a portion of one batch to start the next).

The following strategies will also make it easier to eat well on a tight budget:

You can generally plan a week of meals at a time, make sure you have all ingredients necessary on hand, and then do any prep work you can ahead of time so that dinner is easy to prepare if you’re short on time in the evening.

It is no mystery that you will be eating lunch around noon every day, so rather than rely on fast food at work, before you go to bed make a plan as to what you are going to take to work for lunch the next day. This is a simple strategy that will let you eat healthier and save money, especially it you take healthy food from home in with you to work.

Dr. Mercola is the founder of the world’s most visited natural health web site, Mercola.com. You can learn the hazardous side effects of OTC Remedies by getting a free copy of his latest special report The Dangers of Over the Counter Remedies by going to his Report Page.