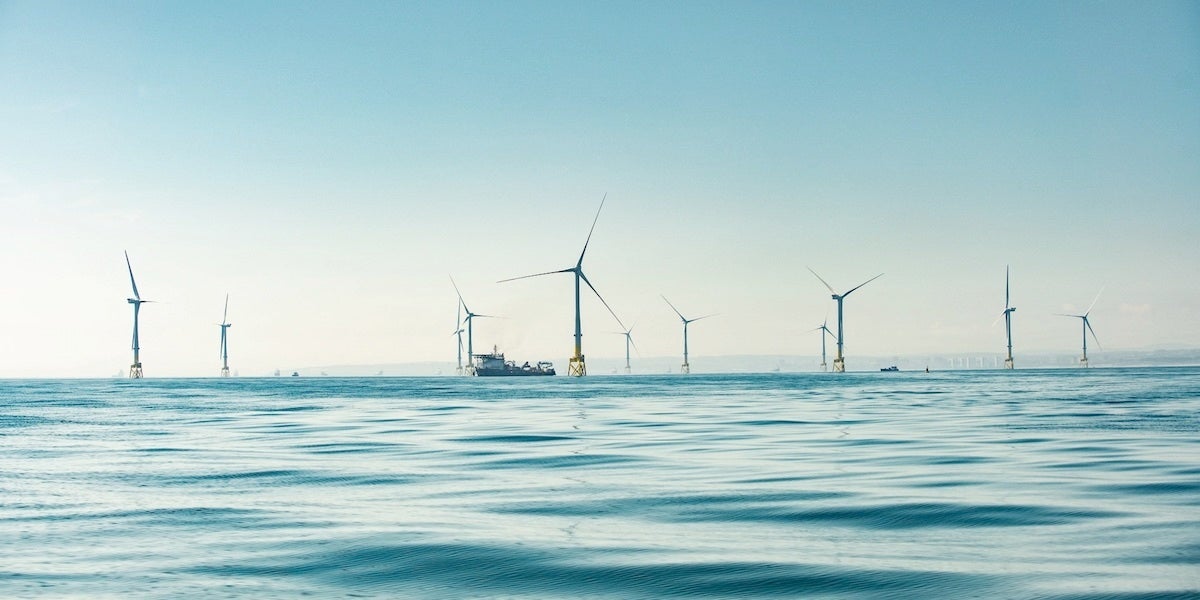 The world’s most powerful wind turbines have been successfully installed at the European Offshore Wind Deployment Centre (EOWDC) off Aberdeen Bay in Scotland’s North Sea.

The final turbine was installed on Saturday just nine weeks after the first foundation for the 11-turbine offshore wind farm was deployed, according to the developers Vattenfall.

Incidentally, the project was at the center of a contentious legal battle waged—and lost—by Donald Trump, before he became U.S. president. Trump felt the “ugly” wind turbines would ruin the view of his Menie golf resort.

But in 2015, the UK Supreme Court unanimously rejected Trump’s years-long appeal against the wind farm, which now stands 1.2 miles from his luxury golf course.

The EOWDC, Scotland’s largest offshore wind test and demonstration facility, is scheduled to generate power in the summer. At full capacity, the 93.2-megawatt plant will produce the equivalent of more than 70 percent of Aberdeen’s domestic electricity demand and displace 134,128 tonnes of CO2 annually, Vattenfall estimates.

The wind farm features nine 8.4-megawatt turbines and two 8.8-megawatt turbines. The larger turbine, with a tip-height of 627 feet and a blade length of 262 feet, can power the average UK home for an entire day with a single rotation, the engineers tout.

“This is a magnificent offshore engineering feat for a project that involves industry-first technology and innovative approaches to the design and construction. Throughout construction, the project team and our contractors have encountered, tackled and resolved a number of challenges,” said Adam Ezzamel, EOWDC project director at Vattenfall, in a statement. “The erection of the final turbine is a significant milestone, and with the completion of array cable installation, we now move on to the final commissioning phase of the wind farm prior to first power later this summer.”

“One of our 1,800-tonne suction bucket jacket foundation was installed in what we believe is a world record of two hours and 40 minutes from the time the installation vessel entered the offshore site until deployment was complete,” Ezzamel said. “What makes this even more significant is that the EOWDC is the first offshore wind project to deploy this kind of foundation at commercial scale while it’s also the first to pair them with the world’s most powerful turbines.”

Watch here for time-lapse footage of the installation: