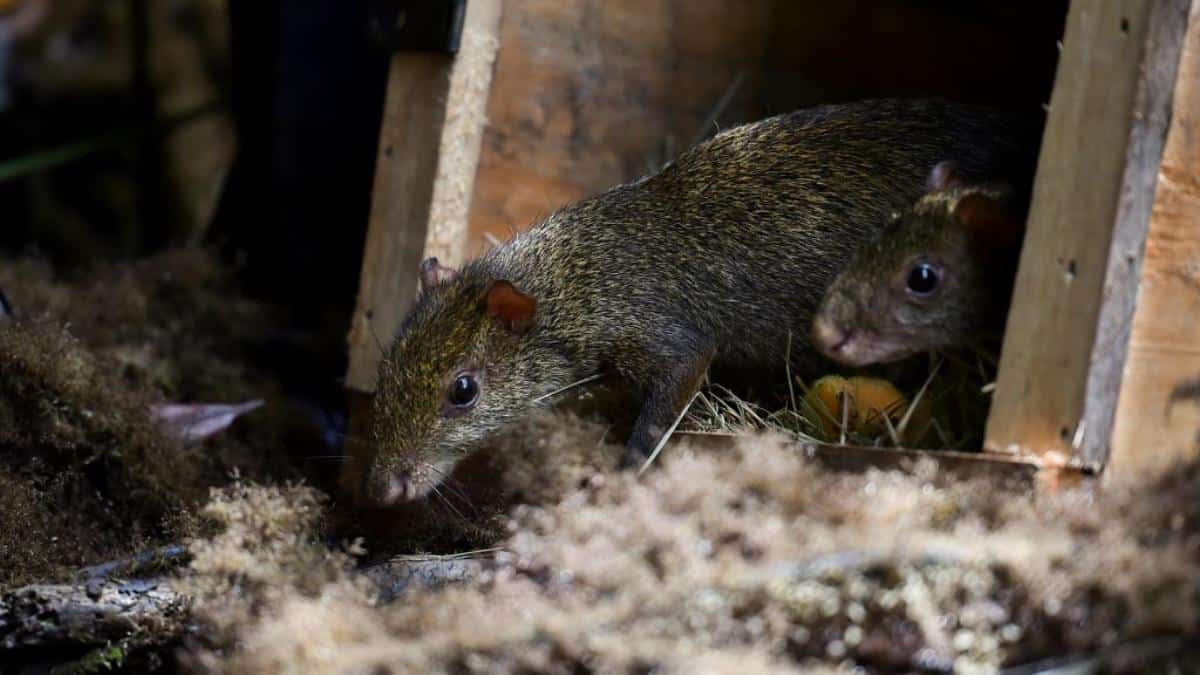 Agoutis released in Colombia after being recovered from illegal trafficking. LUIS ROBAYO / AFP via Getty Images

Global inequality isn’t just a problem for human populations. A new study has found that it is also a major factor in the wildlife trade.

The research, published in Science Advances Wednesday, found that wild animals were more likely to be traded from poorer nations to wealthier ones, and this could be the key to reducing a traffic that harms endangered species and public health.

“Our findings suggest that international policies for reducing the global wildlife trade should address inequalities between signatory states,” the study authors wrote.

The trade in wildlife is a major cause of biodiversity loss, the study authors noted. Not only does it remove species from their ecosystems at unsustainable rates, it also risks introducing invasive species into new environments and bringing diseases like amphibian chytrid fungus to new populations. This last threat is a problem for humans too, and the wildlife trade has been linked to the coronavirus pandemic.

To better understand this problem, researchers looked at data from the Convention on International Trade in Endangered Species of Wild Fauna and Flora (CITES), which regulates the trade on an international level. The study authors, who are based in Hong Kong and Singapore, compared CITES data on international wild animal sales with socioeconomic information about the countries involved, as Phys.org explained.

They found that around 420 million wild animals were trafficked between 226 countries from 1998 to 2018. These animals were more likely to be traded from poorer to wealthier countries. For example, BBC News pointed out, wild frogs travel from Madagascar to the U.S., while fish caught in Thailand are sent to Hong Kong.

Overall, the U.S. was the No. 1 importer of wild animals, with France and Italy trailing behind in second and third place, the study found. Indonesia, Jamaica, and Honduras were the largest exporters on a country-by-country basis, while most wild animals on the market either came from Asia or the Panamanian region.

While the scale of this trade is enormous, the findings also suggest a solution, as study lead author Jia Huan Liew of the University of Hong Kong told BBC News. Liew argued that poorer, exporting countries should be given financial help to stop the trade over a period of time. The money would only become available if the country met its reduction targets.

“Funding would ideally be drawn from wealthy countries, given their commitment to the UN Sustainable Development Goals (SDG), and the fact that they play a disproportionately large role in the global wildlife market,” Liev told BBC News.

The findings also come at a crucial moment for change, as the world has woken up to the dangers posed by wildlife trafficking in the wake of the coronavirus pandemic. This has led to a temporary ban on the trade and consumption of wild animals in China.

“To avoid returning to business as usual, we should take advantage of the public’s awareness of the possible consequences of consuming wildlife products to reduce demand, and make the Chinese ban on wildlife consumption permanent,” Liew told BBC News.