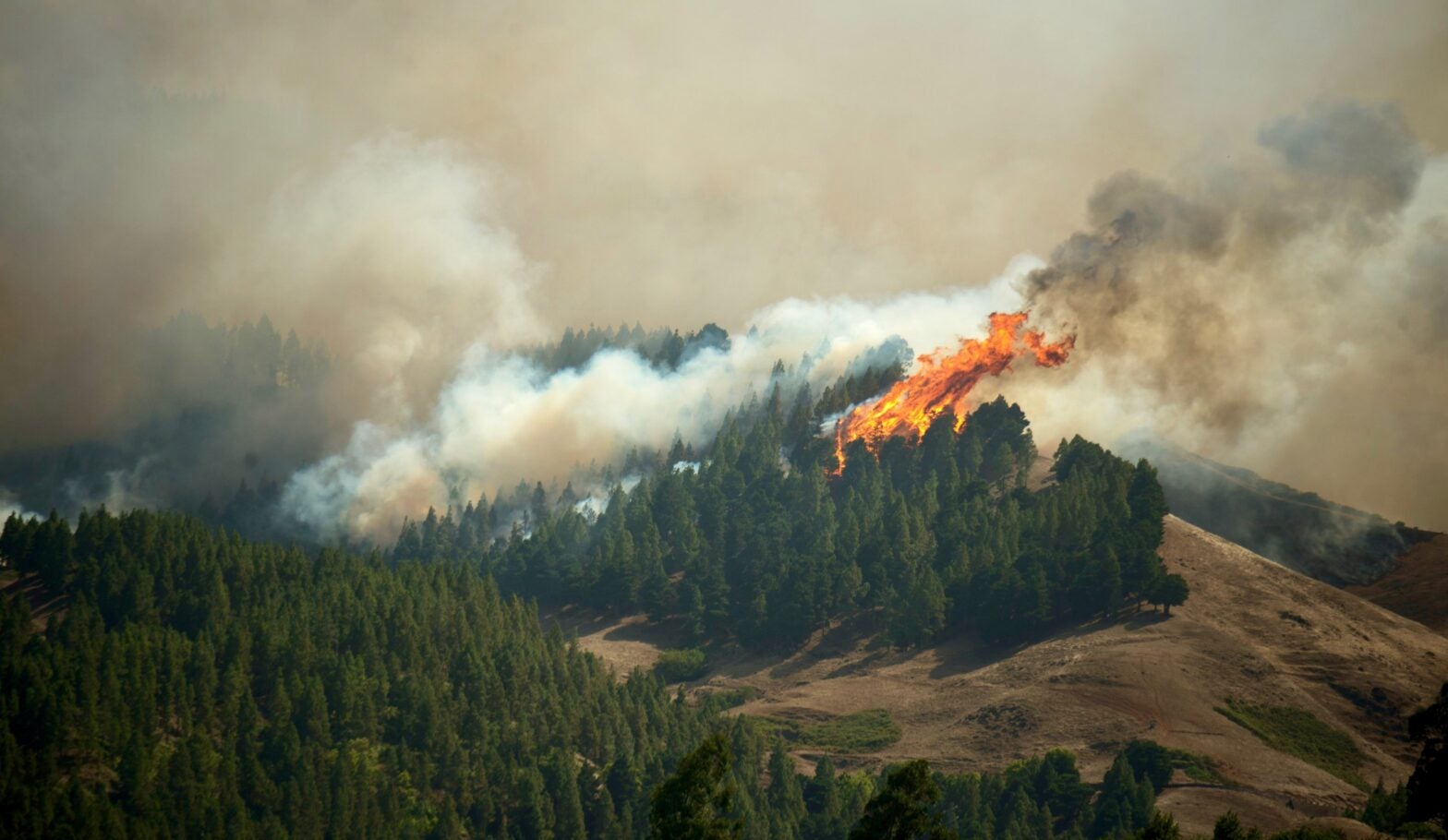 Wildfires raging on Gran Canaria, the second most populous of Spain’s Canary Islands, have forced around 9,000 people to evacuate.

The fires, which started Saturday, have entered the Tamadaba Natural Park, where some of the island’s oldest pine forests grow. Authorities called it an “an unprecedented environmental tragedy,” as BBC News reported Monday.

We have finished processing several versions of today’s #Sentinel2 🇪🇺🛰 acquisition over Gran Canaria’s #IFValleseco 🇪🇸 fire
They show the incredible complexity of the situation facing the on-site teams: mote than 10 fronts, intense heat, etc
All our thoughts are with them… pic.twitter.com/EjGSqwR3Kg

Firefighters are struggling to control the blazes due to high temperatures, strong winds and low humidity.

So far, the flames have consumed an estimated 10,000 hectares (approximately 24,700 acres), AFP reported Tuesday. A crew of 1,000 firefighters and others are battling the blaze, making it the biggest firefighting mobilization in the history of the Canary Islands, Agriculture Minister Luis Planas told AFP.

🔴BREAKING NEWS |The fire in Gran Canaria Island continues without control has a perimeter 75 kilometers and it is estimated that there are 10,000 hectares burned.😢#FireIsland #GranCanariasequema #IFGranCanaria #IFValleseco #Nature #NewYork #Manhattan #USA #FuerzaGranCanaria pic.twitter.com/J16y6TL9fz

The mobilization included 14 water-dropping planes or helicopters, but in some places flames rose so high — up to 160 feet — that neither ground crews nor planes could approach.

“The virulence of the fire, the speed at which flames spread, the intensity of the fronts, mean that more extreme weather conditions are generated inside the fire and embers leap sometimes hundreds of metres away,” she said.

“That’s what is known as firestorms. And they’re blazes that cannot be approached and cannot be extinguished” by firefighting forces.

The current fire is the third to ignite in the mountainous region of Gran Canaria in 10 days. Another fire on the island earlier this month forced 1,000 people to evacuate and consumed more than 1,000 hectares (approximately 2,471 acres), CNN reported.

Hernandez told AFP that scientists attributed the speed of the fires to the climate crisis.

But the National Aeronautics and Space Administration Earth Observatory, which shared satellite imagery of the fires Tuesday, said that the change in fire behavior in the Canary Islands could also be attributed to a change in fire management practices. 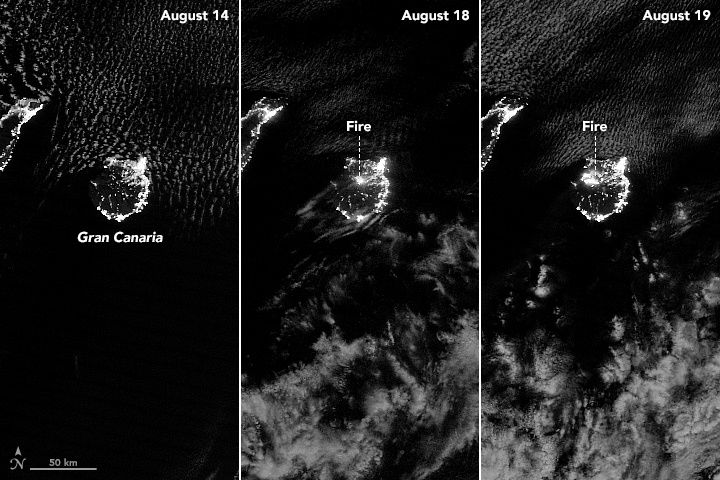 Since the middle of the twentieth century, fires on the archipelago have gotten less frequent, but more intense. A smaller number of fires burn roughly as much area as a larger number did before.

University of La Laguna scientist José Ramón Arévalo said this was largely because successful efforts to suppress smaller fires led to a build-up of material that then ignites larger ones. The twin pressures of development and tourism contributed to this increased fire suppression.

Authorities hope to have more success battling the current blaze due to a drop in temperatures and 50 mile-per-hour wind gusts, CNN reported Tuesday.