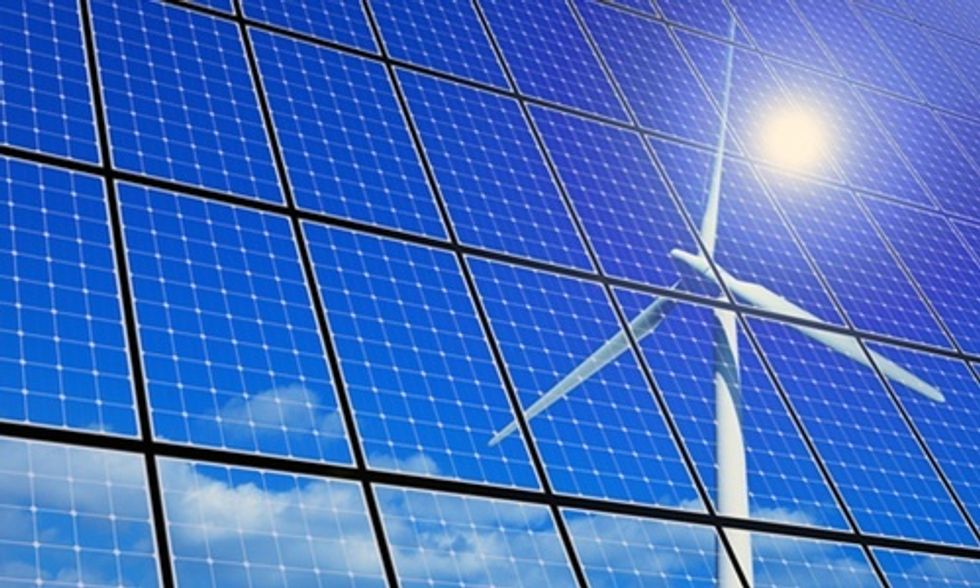 With the price of oil plummeting in the last year, there's been much conversation about what that means for the future of fossil fuels as a source of energy—and a source of the carbon emissions that drive climate change. Oil prices fell to less than half their previous high in the last six months of 2014, creating an unstable situation for every business and economy.

Oil prices have historically been volatile, so turning away from renewables just because oil prices are currently low is risky and short-sighted.
Photo credit: Shutterstock

The Global Commission on the Economy and Climate, which includes leaders in government, finance, business and economics, has issued a new report, Oil Prices and the New Climate Economy, that outlines the economic implications of volatile oil prices and how governments should address them.

"Reacting to the recent drop in oil prices is anything but straightforward for economic decision makers," the report says. "In the short-term, consuming countries may be delighted at their improving trade balance or producers troubled by suddenly lower GDP and high budget deficits. But understanding the impact beyond the next few years is much harder."

It suggests, first of all, that countries, businesses and consumers who welcome the low oil prices and use them as an opportunity to rely more heavily on oil need to take a hard look at the larger and longer-term picture. While low oil prices are saving consuming countries hundreds of billions of dollars are year, oil prices historically have been unreliable. And the report proposes that, because of that and despite the seeming attractiveness of oil consumption at its current price, it's an ideal time to invest in renewable energy sources.

The report warns that while it might be tempting for governments and businesses to turn away from investment in renewable sources and improving energy efficiency, this would be the wrong course, making them more vulnerable to the price swings that are normal in the oil marketplace and, hence, inevitable in the future.

"Governments must peg their policies to long-term energy trends rather than betting on oil prices staying low," says Lord Nicholas Stern, one of the report's co-authors and co-chair of the Global Commission on the Economy and Climate. "These prices have never been stable, and price shocks are becoming more drastic and frequent than ever before. Instead, governments should boost investment in renewable energy sources that are increasingly competitive, moving away once and for all from the current outdated carbon-intensive and unsustainable economic model. Missing this chance would be devastating for the future health of our economy and our planet.”

The report suggests that governments prepare to deal with future increases in oil prices by establishing carbon pricing and moving away from fossil fuel subsidies. It points out that in 2013, fossil fuel subsidies reached $550 billion, "encouraging waste, straining public finances and weakening growth by depressing investment in the energy sector." Dozens of countries, it says, are already reforming fossil fuel subsidies or actively considering doing so.

“Reducing our fossil fuel dependency is easier now than ever before,” says Per Klevnäs, senior project manager at the Stockholm Environment Institute and report co-author. “Just a year or two ago, consumers were paying double the price for gasoline as they are now, meaning they are less likely to notice a few extra cents on each gallon of gas due to a carbon price or reduced energy subsidies. The increased revenues could be used to offset impacts on low-income households and to finance reductions in other, distortionary taxes.”

"In the long run, renewables are a safer bet than fossil fuels," the report concludes. "They have little or no operating cost after being installed, and therefore no price volatility. This means renewable projects can effectively lock in the cost of energy for 20 years or more. And the price of installing wind power and solar photovoltaic projects continues to fall dramatically making renewables already cost-competitive even with cheap natural gas in many places."

4 Reasons Solar Microgrids Are the Future of Energy