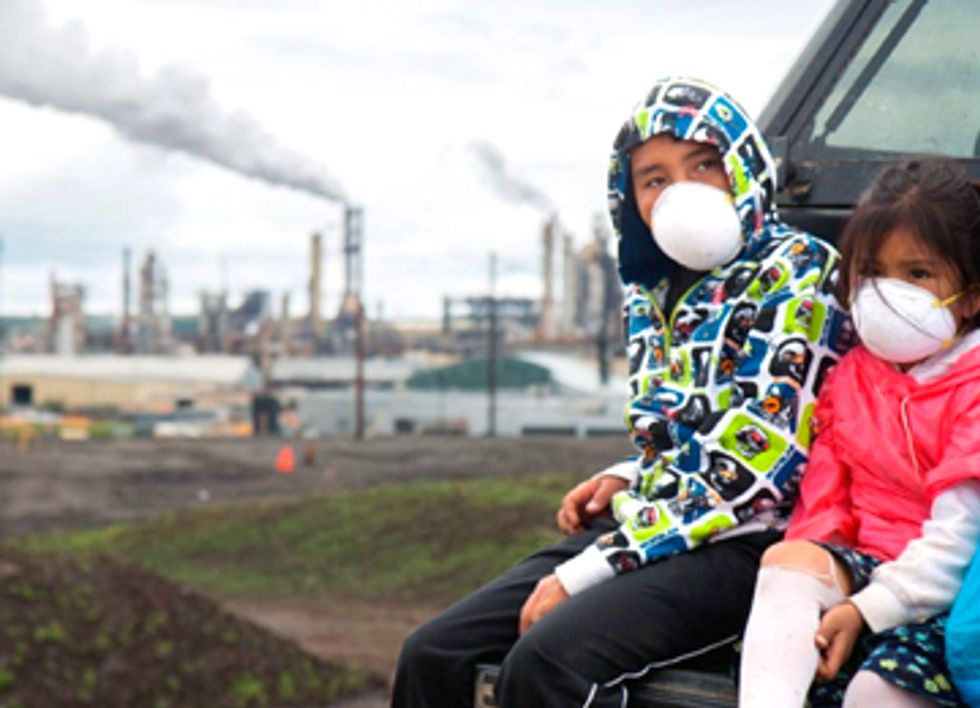 In June President Obama set a climate test for his decision on the Keystone XL tar sands pipeline. He said he will not approve the pipeline if it would significantly exacerbate the problem of carbon pollution. Today the Sierra Club, Oil Change International and 13 partner groups have released a report that settles the issue unequivocally: Keystone XL would be a climate disaster.

Our report, FAIL: How the Keystone XL Tar Sands Pipeline Flunks the Climate Test, spells out the full consequences of building the pipeline.

The State Department, though, tried to ignore this 181-million metric ton elephant. It argued in its environmental review of Keystone XL that tar sands development was inevitable, regardless of whether the pipeline is built. That's not true for several reasons.

Tar sands can be processed only at specialized refineries. The accessible U.S. and Canadian refineries capable of handling it are already at or near capacity. In order to expand production, tar sands producers must reach the U.S. Gulf Coast, where the heavy crude can be refined or, more likely, exported.

Although other pipeline projects have been proposed to export tar sands east, west and south from western Canada, all of them face legal, technical, economic and political obstacles that make them unlikely. Using rail is too expensive because tar sands transport requires special heated rail cars and loading terminals. Industry experts and financial firms like Goldman Sachs have already said this will be cost-prohibitive.

Keystone XL is critical for the Canadian oil industry to meet its goal of massive expansion in the tar sands. You don't need to take our word for it, though. Just this week, Canada's independent Pembina Institute uncovered documents from the industry itself that make that case.

Briefing notes prepared for Canadian natural resources minister (and pipeline proponent) Joe Oliver state: "in order for crude oil production to grow, the North American pipeline network must be expanded through initiatives, such as the Keystone XL Pipeline project."

The U.S. Interior Department has already joined the EPA in criticizing the State Department's environmental review for disregarding how the Keystone XL pipeline would affect wildlife and waterways. Given that we now know the State Department's review was conducted by a consultant with strong ties to Keystone XL's backer, TransCanada, and to the tar sands industry, perhaps we shouldn't be surprised.

In fact, earlier this month, the State Department's own office of inspector general confirmed that it has opened an into inquiry how its Keystone XL review was conducted. Perhaps the most serious charge is that State Department officials tried to cover up evidence of conflicts of interest.

For an administration that's actually done many good things on climate, the State Department’s environmental review of Keystone XL is both a failure and an embarrassment. It’s time to kick the oil industry lobbyists out of the room, listen to the scientists, weigh the facts and reject this pipeline once and for all.

Add your voice to the growing chorus: by President Obama's own standard, Keystone XL should not be approved.