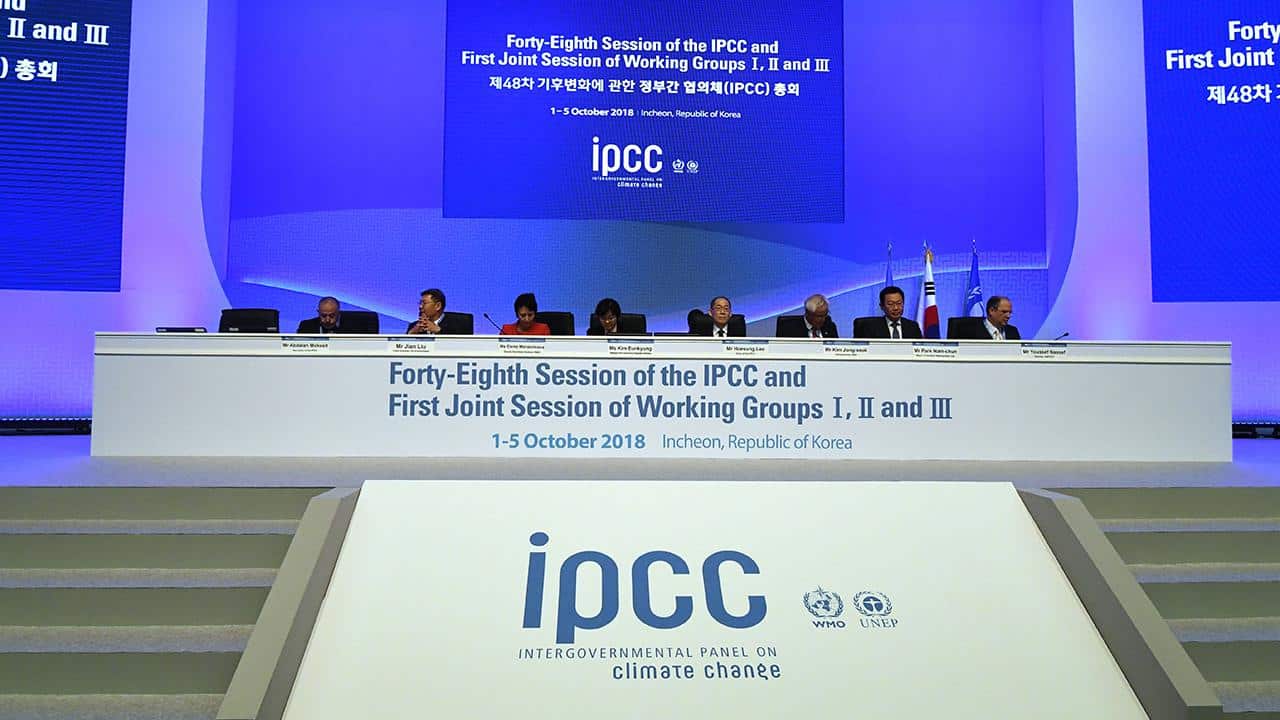 By Ajit Niranjan and Stuart Braun

Its findings influence governments, business leaders and even young protesters on arguably the biggest issue facing the planet: the climate crisis.

But many people may never have heard of the Intergovernmental Panel on Climate Change (IPCC).

The IPCC is a UN body that evaluates climate science. Its scientists look at the current impacts and future risks of a changing climate, presenting options to mitigate the damage and adapt to global heating.

Founded in 1988 by the World Meteorological Organization and the United Nations Environment Program, the IPCC produces major assessments every few years. These are presented in a non-technical style for broad readership, especially by policymakers.

The IPCC selects hundreds of scientists from across the world to prepare the reports after evaluating peer-reviewed scientific literature and, less often, government and industry reports. Thousands of studies are considered when developing the IPCC’s comprehensive assessments of the state of climate change.

The most recent publications include a series of special reports published over recent years. They cover living on a planet with 1.5 degrees Celsius (2.7 degrees Fahrenheit) of global warming, and the effects of climate change on land, oceans and icy places.

IPCC climate scientists stress that they do not tell governments what to do, but rather assess possible policy options. They also say their conclusions for the future are projections — based on different warming scenarios — not predictions.

Before releasing assessments, the IPCC also publishes summaries for policymakers that are prepared by experts and reviewed line-by-line in marathon plenary sessions by UN member states — who must then unanimously approve them. These documents guide decision-makers.

These reviews are essential to the comprehensive assessments published by the IPCC every few years on the state of climate change.

The last assessment report, the fifth, was released in full in 2014. It laid the groundwork for the 1.5-degree Celsius warming target set out in the 2015 Paris Agreement on climate change.

In late July 2021, almost 200 nations began vetting the first part of the IPCC’s sixth comprehensive assessment report on climate change. Published in August, it will likely inform decisions made at the pivotal COP26 in Glasgow in November. The entire sixth assessment is due for release in 2022.

The IPCC also comes in for criticism, with scientists and climate experts recently arguing, for example, that it has failed to call out the fossil fuel companies that have lobbied to obstruct emission reductions.

But in the scientific community and media, its reports are broadly viewed as the most comprehensive and reliable assessments of climate change. In 2007, the IPCC was awarded the Nobel Peace Prize.

This is an updated version of a previous article.