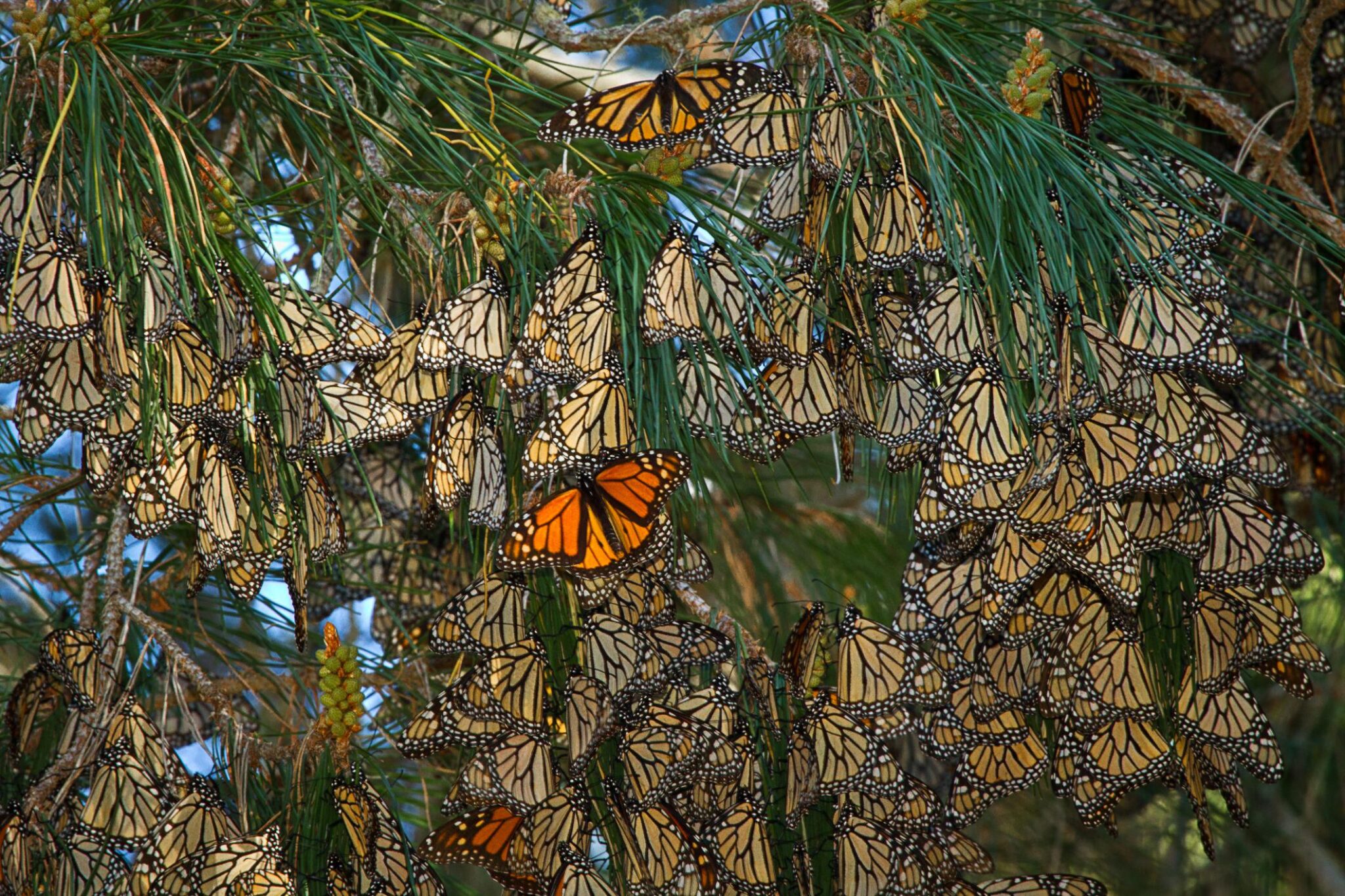 But this year, unofficial counts show the iconic insects returning to their winter haunts by the hundreds and thousands.

“We are overjoyed that migratory monarch butterflies have not disappeared from the western U.S.,” Xerces Society for Invertebrate Conservation senior conservation biologist and western monarch lead Emma Pelton said in a statement. “These early counts give us hope that, if we all work together, we can still bring western monarchs back.”

Western monarch butterflies typically arrive on the California coast from Washington, Oregon, Idaho, Arizona and Nevada beginning in September, according to the Western Monarch Milkweed Mapper. They gather in forest groves along the 620 miles of coastline between California’s Mendocino County and Baja California, Mexico.

But their overwintering numbers have taken a massive hit in recent decades. In 2020, fewer than 2,000 butterflies were counted in coastal California, a record low following two years when fewer than 30,000 were counted, the Xerxes Society said. 2020’s low was down 99.9 percent from the millions counted in the 1980s.

Butterfly advocates won’t know the official number of 2021 overwintering butterflies until the Western Monarch Thanksgiving Count, which begins November 13. However, the Xerces Society thinks numbers are looking up this year because of more favorable breeding conditions.

In general, though, the butterflies are still at risk from extinction but lack Endangered Species Act protections. The leading threats to the species are habitat loss and pesticide use, the Xerces Society said in January.

That said, a study published in Insects last month offered another bit of hope. It’s possible that the monarch count was so low on California’s coast last year because some of the butterflies were perfectly happy and safe inland. For the first time, large populations of butterflies were found breeding in urban parts of the Bay Area during a winter heat wave.

This might mean the butterflies are changing their habits due to the climate crisis.

“[T]here is no reason why this scenario … should not become the ‘new normal’ for Western North American monarchs,” study co-author and Washington State University entomologist David James told The Mercury News. “Monarchs are very adaptable creatures, changing their physiology, behavior and ecology to suit conditions.”

That said, human actions can help monarchs to adapt. The monarchs were able to winter in the urban Bay Area partly because of ornamental, non-native milkweed planted in private gardens and at Google’s Mountain View campus. Non-native milkweed is controversial, but has the advantage of flowering year round.

“What we are learning is that the urban gardens and residential areas could be very critical,” Western Monarch Advocates chair Robert Coffan told The Mercury News. “When we think of endangered species, they’re usually out in the wild. But there’s habitat in everyone’s backyards.”