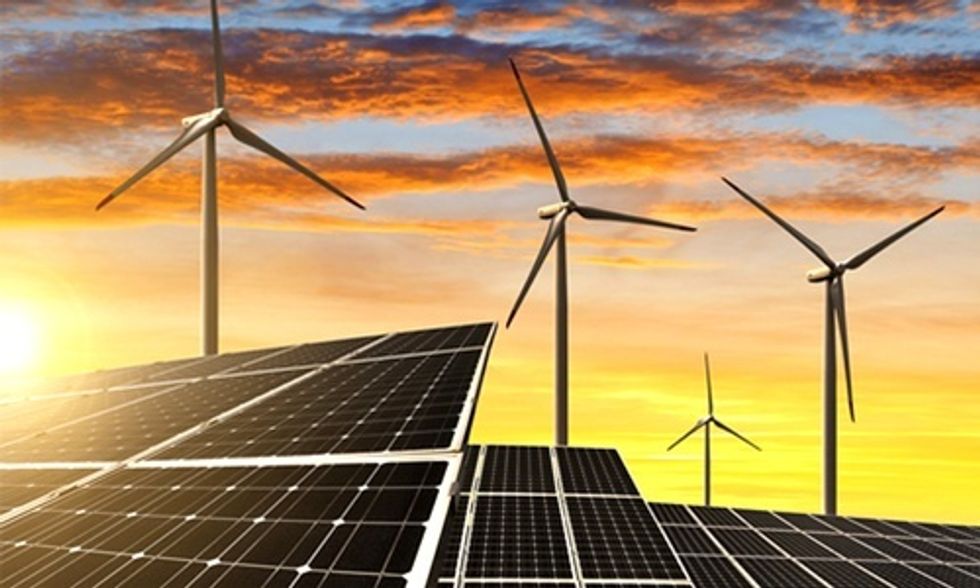 The vision is simple, the cost would be eye-watering, and the result could stop the growing threat from burning fossil fuels in its tracks.

The authors of an initiative called the Global Apollo Program say that, given the required high level of investment, it should be possible within 10 years to meet electricity demand with reliable wind and/or solar power that is cheaper—in every country—than power based on coal.

They say the scale of ambition needed to produce “baseload” power from renewable energy that is generated consistently to meet minimum demand matches that which sent the first humans to the Moon in 1969—at a cost, in today’s prices, of about $230 billion.

Each country involved in the Global Apollo Program would be expected to contribute at least 0.02 percent of its gross domestic product—the total value of its economy—for 10 years to finance research, development and demonstration with an annual boost of $22.9 billion.

The seven authors of the program include Sir David King, former chief scientist to the UK government; Lord Martin Rees, a former president of the Royal Society, the UK’s national academy of science; Lord John Browne, a former CEO of the energy giant BP; and the economist Lord Nicholas Stern, who led the team that published the 2006 Stern Review on the Economics of Climate Change.

To avoid irreparable damage to the planet, they argue, world governments’ agreement to limit the Earth’s temperature rise to 2 degrees Celsius above pre-industrial levels demands an absolute limit on the total accumulated CO2 that can be produced. On present trends, that limit will be breached by 2035.

To reduce our annual output of CO2 as urgently as we must, carbon-free energy will rapidly have to become cheaper to produce than energy based on coal, gas and oil. The major scientific and technological research program required will demand the best minds in the world and the best science.

The authors say the program should be modeled on the International Technology Roadmap for Semiconductors, which has reduced semiconductor prices year on year for 30 years.

A committee appointed through the program’s member countries will coordinate international research to unblock bottlenecks it identifies, including electricity storage and transmission, and the generation of wind and solar power.

The authors say: “Over the last year, the program has been privately discussed with governments worldwide and has been widely welcomed. The issue will be discussed at the G7 meeting on June 7-8, and it is hoped that by the end of the year the major countries of the world will have decided to join.”

Their timetable is challenging. Last year, Sir David King said, “The objective is that, by 2020, renewable power should be cheaper than coal in all sunny parts of the world, and by 2025 in all parts of the world.”

But the gains would be immense, not only in combating climate change but also in tackling health problems and poverty as well.

The program is intent on replacing fossil fuels with renewable energy in baseload energy generation. But for the many millions of people who are not on the electricity grid, the need is for a solution closer to hand. Success for the program would spur renewables on both national and household scales.

For example, the UK-based charity SolarAid aims to eradicate expensive kerosene lamps from Africa by 2020, replacing them with affordable solar lamps in remote rural regions. Set up by the company Solar Century, it says a $10 solar lamp pays for itself in a month, freeing up money for health, education and farming—and providing clean, free light for years.

Sir David said green energy was already cutting air pollution and reducing carbon emissions, but making it cheaper mattered too. “Once we get to that point,” he says, “we are winning in all the battles.”