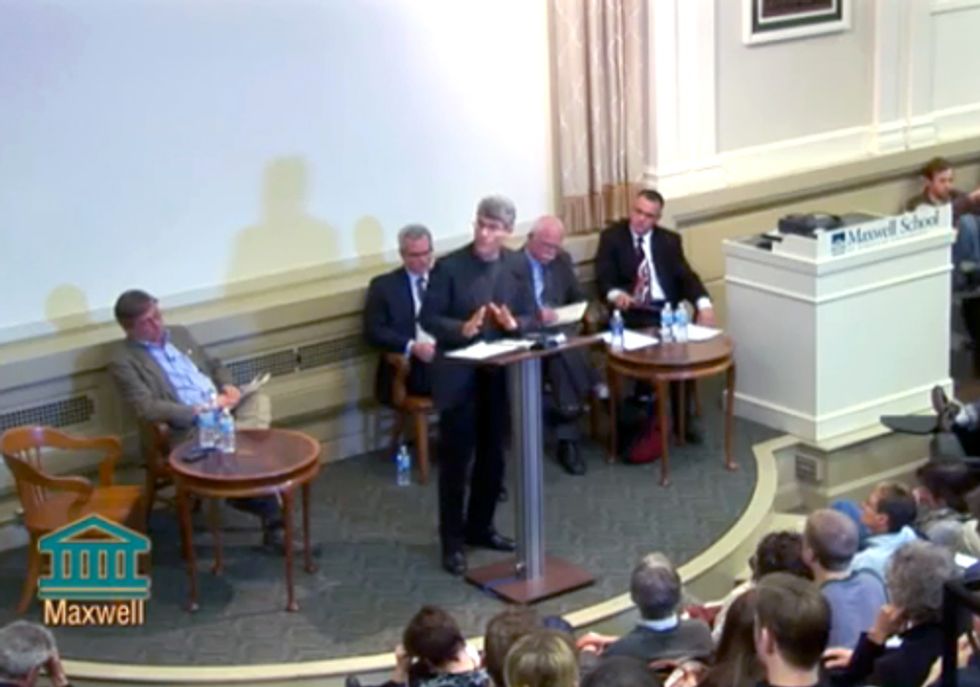 At the Nov. 30 debate, sponsored by the Campbell Public Affairs Institute of Syracuse University, a third of the folks who came to the debate as pro-frackers changed their minds by the end of the debate.

The more you know about fracking, the more likely you are to oppose it.

That’s how things played out at the Nov. 30 debate, sponsored by the Campbell Public Affairs Institute of Syracuse University, at which Cornell University Professor Robert Howarth and I duked it out with frack supporters Tim Whitesell and Ed Hinchey. A third of the folks who came to the Syracuse debate as pro-frackers changed their minds by the end, having come to understand:

The folks who say “no” to fracking understand that it causes too much damage to our health, environment and community character—damage that we’d be crazy to pretend isn’t real, given the evidence available from more than a dozen states that have taken the dangerous gamble on shale gas.

Here in New York, the debate over fracking is entering its final stages. State officials say their decision will come after they hear from three outside experts they’ve hired to help them review fracking’s impact on public health.

Will New York’s leaders take fracking’s proven health impacts seriously, or are they just going through the motions?  Consider these facts:

Governor Cuomo has acknowledged that the state has not earned the people’s trust on fracking, and it’s hard to imagine that a cursory review of fracking’s impact on health will earn him that trust, going forward.

New York State needs to release their outside health experts’ reports and give the public an opportunity to comment before finalizing its fracking plan. Otherwise, the idea that the public should trust the state on fracking is simply laughable.

Looking at the big picture, let’s hope New York State was serious when it said it hasn’t decided whether to let fracking go forward. If the State takes its commitment to public safety seriously, it will say no to the gas industry, and their biased studies touting fracking. Our environment, health and community well-being all hang in the balance.