7 Countries Leading the Way on the Race to Go Electric 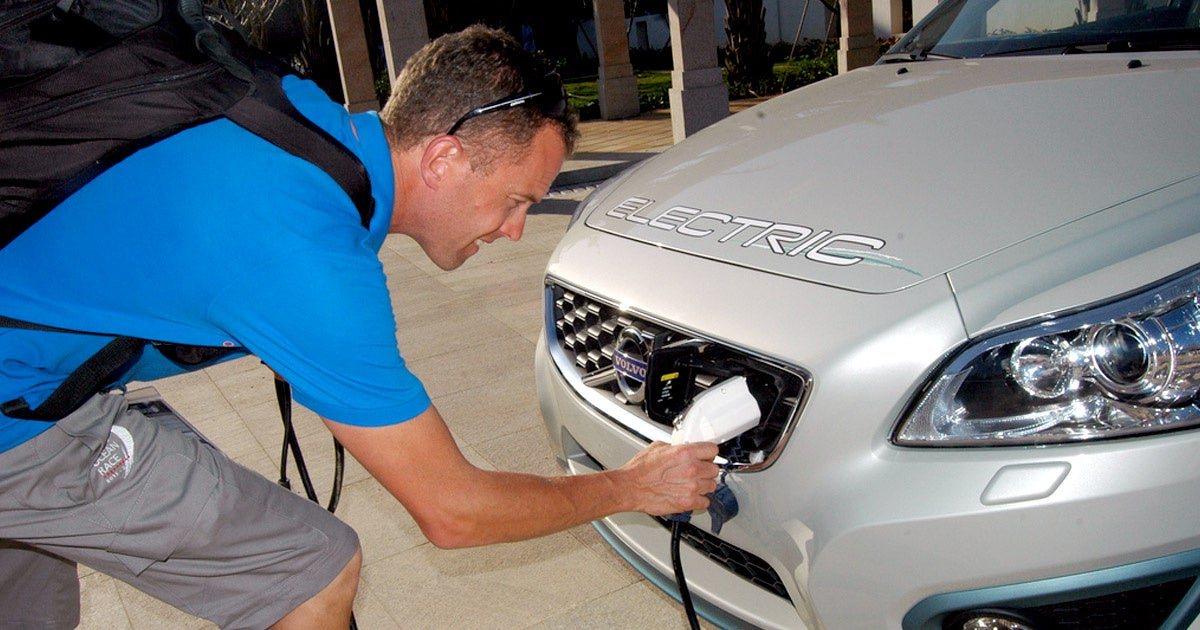 The car maker Volvo has shed its reputation for safe but rather boring models—sledges rather than sleek runabouts—as it takes a decisive step towards electric cars.

The Road Ahead for Electric Vehicles to Create a Sustainable, Equitable Future https://t.co/oWTT1p6yhq @FordDriveGreen @evchels

Fumes from diesel- and petrol-fueled engines also cause severe pollution problems, particularly in big cities; there is increasing concern about the impact of these fumes on health.

Starting in 2019, Volvo will be producing only cars with electric motors, or hybrids—vehicles that run on combined electric and petrol-driven engines.

Volvo said it plans to launch five new models—all either fully or partially electric—between 2019 and 2021. Three of them will be marketed under the Volvo brand; the other two more powerful vehicles, designed to compete with the California-based Tesla high performance electric car, will be part of a new Polestar brand.

Volvo, which started producing cars in 1927, has been expanding its sales in recent years, with more than half a million vehicles sold in 2015, up eight percent on the previous year.

Heavy investment—particularly in electric and hybrid vehicles—by the company’s Chinese owners is said by industry specialists to have spurred Volvo’s revival.

China is the world’s biggest market for both electric and hybrid vehicles, with approximately 350,000 sold last year. China gives considerable incentives to purchasers of electric vehicles with various subsidies and tax breaks available; there has also been multi-million dollar investment in networks of charging stations.

Many countries in Europe—where a total of 220,000 electric and hybrid vehicles were sold last year—are also planning to increase electric car sales.

Norway, with the world’s highest number of electric cars per capita, and where 40 percent of newly registered vehicles last year were electric powered, aims to end all sales of petrol and diesel cars within eight years.

Germany plans to have more than one million electric cars on its roads by 2020, while the Netherlands proposes to ban combustion engines by 2025.

France recently joined the high-powered rush to electric vehicles, saying it would end all sales of petrol and diesel cars by 2040 as part of its commitment to meeting the targets of the 2015 Paris agreement on climate change.

Developments in technology, such as batteries capable of giving driving ranges of between 280 and 350 miles, are stimulating electric car sales.

The U.S. has tended to lag behind in the race to go electric, with sales of electric-only cars falling in each of the last two years; they now make up less than 0.4 percent of the total U.S. car market.

The big surge in electric vehicle use is expected to happen in the developing world; India, now one of the world’s biggest car markets, announced plans earlier this year to have only electric cars on its roads by 2030.