8 Ways to Tell if You Are Vitamin D Deficient 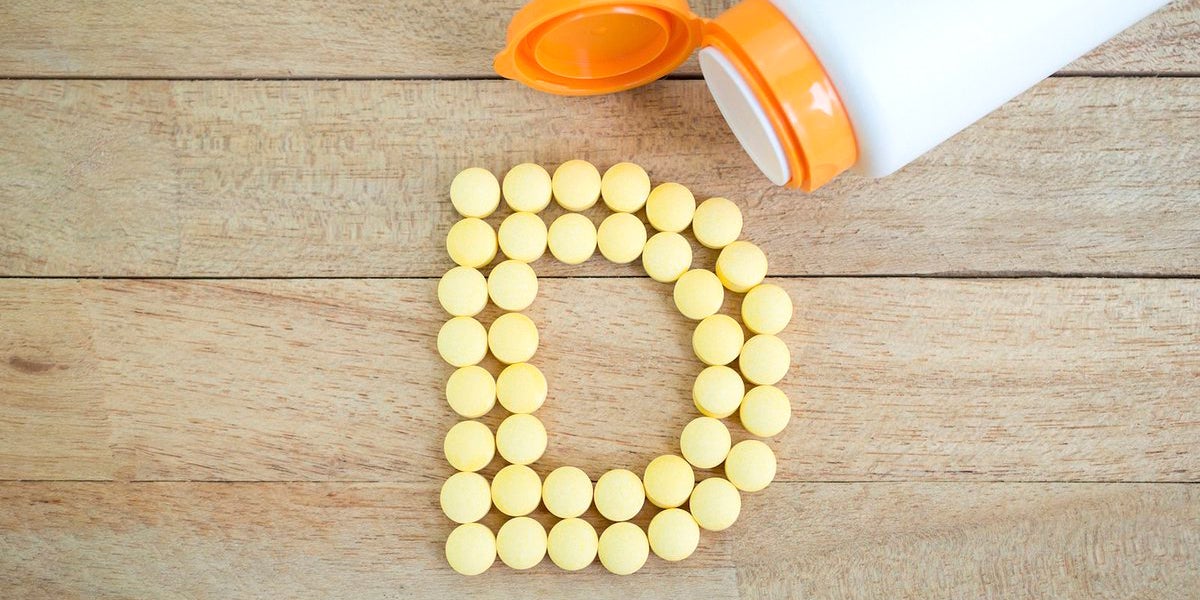 Vitamin D is an extremely important vitamin that has powerful effects on several systems throughout the body (1).

Unlike most vitamins, vitamin D actually functions like a hormone and every single cell in your body has a receptor for it.

Your body makes it from cholesterol when your skin is exposed to sunlight. 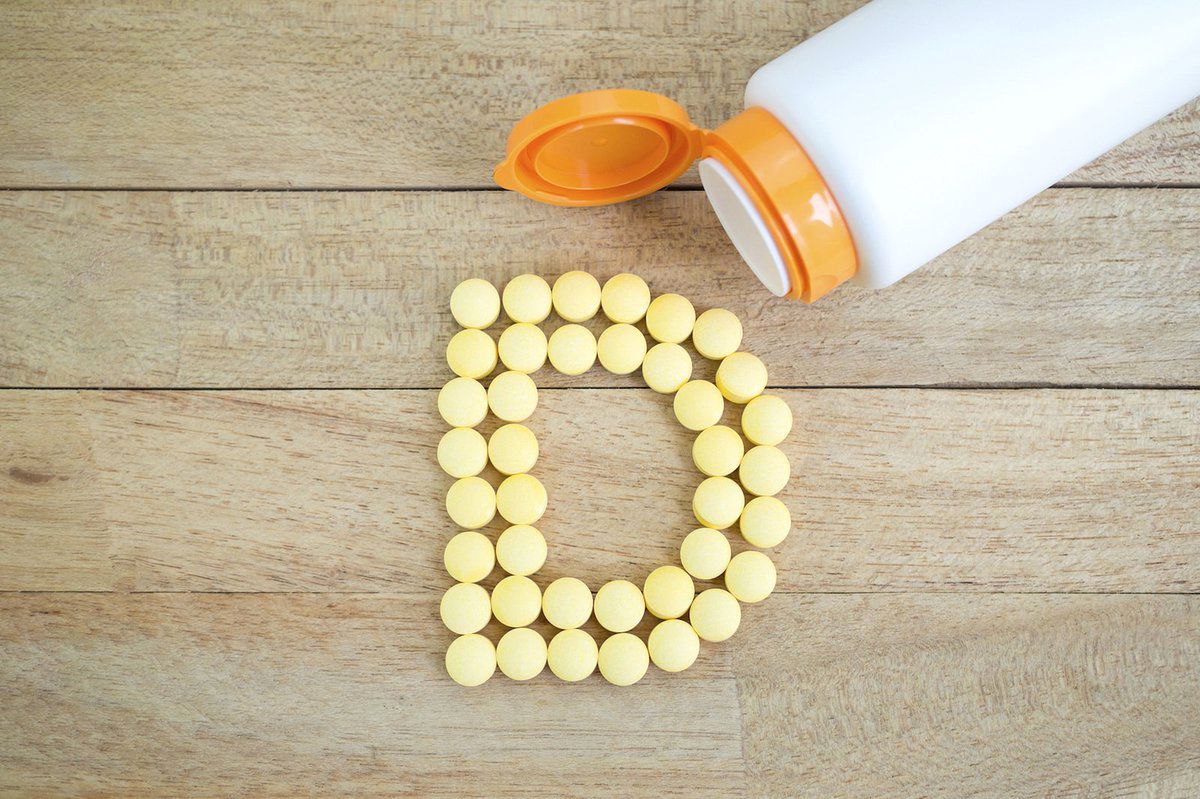 Vitamin D is an extremely important vitamin that has powerful effects on several systems throughout the body.iStock

It’s also found in certain foods such as fatty fish and fortified dairy products, although it’s very difficult to get enough from diet alone.

The recommended daily intake is usually around 400-800 IU, but many experts say you should get even more than that.

Vitamin D deficiency is very common. It’s estimated that about 1 billion people worldwide have low levels of the vitamin in their blood (2).

These are common risk factors for vitamin D deficiency:

People who live near the equator and get frequent sun exposure are less likely to be deficient, because their skin produces enough vitamin D to satisfy the body’s needs.

Most people don’t realize that they are deficient, because the symptoms are generally subtle. You may not notice them easily, even if they are having a significant negative effect on your quality of life.

Here are eight signs and symptoms of vitamin D deficiency.

1. Getting Sick or Infected Often

One of vitamin D’s most important roles is keeping your immune system strong so you’re able to fight off the viruses and bacteria that cause illness.

It directly interacts with the cells that are responsible for fighting infection (4).

If you become sick often, especially with colds or the flu, low vitamin D levels may be a contributing factor.

Several large observational studies have shown a link between a deficiency and respiratory tract infections like colds, bronchitis and pneumonia (5, 6).

A number of studies have found that taking vitamin D supplements at dosages of up to 4,000 IU daily may reduce the risk of respiratory tract infections (7, 8, 9).

In one study of people with the chronic lung disorder COPD, only those who were severely deficient in vitamin D experienced a significant benefit after taking a high-dose supplement for one year (10).

Bottom Line: Vitamin D plays important roles in immune function. One of the most common symptoms of deficiency is an increased risk of illness or infections.

Feeling tired can have many causes and vitamin D deficiency may be one of them.

Unfortunately, it’s often overlooked as a potential cause.

Case studies have shown that very low blood levels can cause fatigue that has a severe negative effect on quality of life (11, 12).

In one case, a woman who complained of chronic daytime fatigue and headaches was found to have a blood level of only 5.9 ng/ml. This is extremely low, as anything under 20 ng/ml is considered to be deficient.

When the woman took a vitamin D supplement, her level increased to 39 ng/ml and her symptoms resolved (12).

However, even blood levels that aren’t extremely low may have a negative impact on energy levels.

A large observational study looked at the relationship between vitamin D and fatigue in young women.

What’s more, the researchers found that 89 percent of the nurses were deficient (14).

3. Bone and Back Pain

Vitamin D is involved in maintaining bone health through a number of mechanisms.

For one, it improves your body’s absorption of calcium.

Bone pain and lower back pain may be signs of inadequate vitamin D levels in the blood.

Large observational studies have found a relationship between a deficiency and chronic lower back pain (15, 16, 17).

One study examined the association between vitamin D levels and back pain in more than 9,000 older women.

The researchers found that those with a deficiency were more likely to have back pain, including severe back pain that limited their daily activities (17).

In one controlled study, people with vitamin D deficiency were nearly twice as likely to experience bone pain in their legs, ribs or joints compared to those with blood levels in the normal range (18).

Bottom Line: Low blood levels of the vitamin may be a cause or contributing factor to bone pain and lower back pain.

A depressed mood may also be a sign of deficiency.

In one analysis, 65 percent of the observational studies found a relationship between low blood levels and depression.

On the other hand, most of the controlled trials, which carry more scientific weight than observational studies, didn’t show a link between the two (19).

However, the researchers who analyzed the studies noted that the dosages of vitamin D in controlled studies were often very low.

In addition, they noted that some of the studies may not have lasted long enough to see the effect of taking supplements on mood.

Some controlled studies have shown that giving vitamin D to people who are deficient helps improve depression, including seasonal depression that occurs during the colder months (21, 22).

Bottom Line: Depression is associated with low vitamin D levels and some studies have found that supplementing improves mood.

Slow healing of wounds after surgery or injury may be a sign that vitamin D levels are too low.

Results from a test-tube study suggest that the vitamin increases production of compounds that are crucial for forming new skin as part of the wound-healing process (23).

One study on patients who had dental surgery found that certain aspects of healing were compromised by vitamin D deficiency (24).

It’s also been suggested that vitamin D’s role in controlling inflammation and fighting infection is important for proper healing.

One analysis looked at patients with diabetic foot infections.

It found that those with severe vitamin D deficiency were more likely to have higher levels of inflammatory markers that can jeopardize healing (25).

Unfortunately, at this point there is very little research about the effects of vitamin D supplements on wound healing in people with deficiency.

However, one study found that when vitamin D deficient patients with leg ulcers were treated with the vitamin, ulcer size reduced by 28 percent, on average (26).

Many older women who are diagnosed with bone loss believe they need to take more calcium. However, they may be deficient in vitamin D as well.

Low bone mineral density is an indication that calcium and other minerals have been lost from bone. This places older people, especially women, at an increased risk of fractures.

In a large observational study of more than 1,100 middle-aged women in menopause or postmenopause, researchers found a strong link between low vitamin D levels and low bone mineral density (27).

However, a controlled study found that women who were vitamin D deficient experienced no improvement in bone mineral density when they took high-dose supplements, even if their blood levels improved (28).

Regardless of these findings, adequate vitamin D intake and maintaining blood levels within the optimal range may be a good strategy for protecting bone mass and reducing fracture risk.

Bottom Line: A diagnosis of low bone mineral density may be a sign of vitamin D deficiency. Getting enough of this vitamin is important for preserving bone mass as you get older.

Hair loss is often attributed to stress, which is certainly a common cause.

However, when hair loss is severe, it may be the result of a disease or nutrient deficiency.

Hair loss in women has been linked to low vitamin D levels, although there is very little research on this so far (29).

Alopecia areata is an autoimmune disease characterized by severe hair loss from the head and other parts of the body. It’s associated with rickets, which is a disease that causes soft bones in children due to vitamin D deficiency (30).

Low vitamin D levels are linked to alopecia areata and may be a risk factor for developing the disease (31, 32, 33).

One study in people with alopecia areata showed that lower blood levels tended to be associated with a more severe hair loss (33).

In a case study, topical application of a synthetic form of the vitamin was found to successfully treat hair loss in a young boy with a defect in the vitamin D receptor (34).

Bottom Line: Hair loss may be a sign of vitamin D deficiency in female-pattern hair loss or the autoimmune condition alopecia areata.

The causes of muscle pain are often difficult to pinpoint.

There is some evidence that vitamin D deficiency may be a potential cause of muscle pain in children and adults (35, 36, 37).

In one study, 71 percent of people with chronic pain were found to be deficient (37).

One study in rats showed that a deficiency led to pain and sensitivity due to stimulation of nociceptors in muscles (38).

A few studies have found that taking high-dose vitamin D supplements may reduce various types of pain in people who are deficient (39, 40).

One study in 120 children with vitamin D deficiency who had growing pains found that a single dose of the vitamin reduced pain scores by an average of 57 percent (40).

Bottom Line: There is a link between chronic pain and low blood levels of the vitamin, which may be due to the interaction between the vitamin and pain-sensing nerve cells.

Vitamin D deficiency is incredibly common and most people are unaware of it.

That’s because the symptoms are often subtle and non-specific, meaning that it’s hard to know if they’re caused by low vitamin D levels or something else.

If you think you may have a deficiency, then it’s important that you speak to your doctor and get your blood levels measured.

Fortunately, a vitamin D deficiency is usually easy to fix. You can either increase your sun exposure, eat more vitamin D rich foods or simply take a supplement.

Fixing your deficiency is simple, easy and can have big benefits for your health.