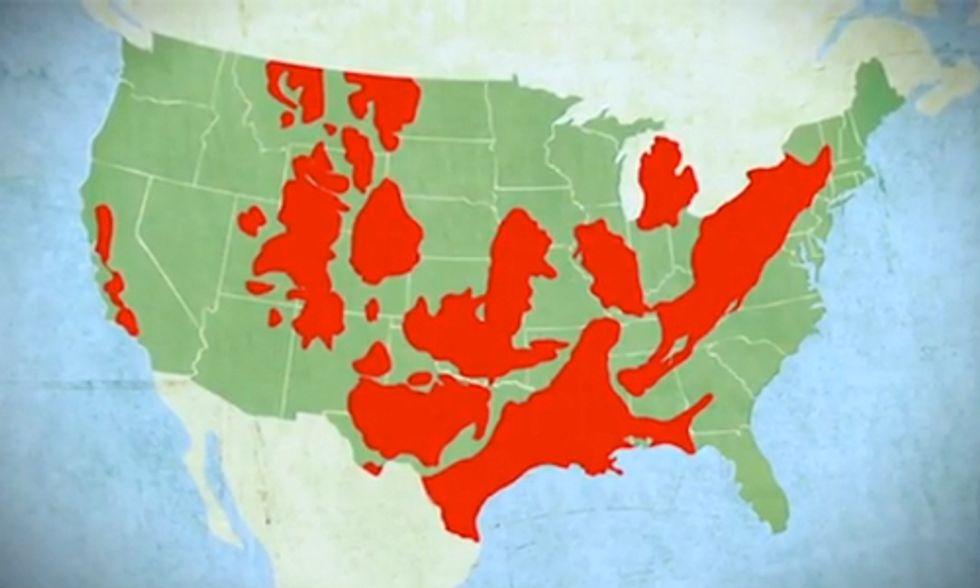 Colorado is the midst of a David vs. Goliath fight, in which four municipalities will be voting this Tuesday on ballot initiatives to protect their communities from fracking. The gas and oil industry has already spent $600,000 on misleading ads and mailers to fight local residents' rights to home rule. By next week it may well be more than $1,000,000.

Colorado has been called the ground zero of fracking. It has more than 50,000 fracking wells, many within hundreds of yards of schools, homes and public parks. Gas and oil companies are virtually self-regulated, with devastating consequences, as we saw in the recent flooding of thousands of fracking sites that were allowed to be built on a flood zone. Governor Hickenlooper, in fact, is such a supporter, he once claimed to have drunk fracking fluid.

Local groups have taken it upon themselves to try to limit gas and oil activity in their communities. If the initiatives pass, Fort Collins, Broomfield, Boulder and Lafayette would join the city of Longmont by instating local municipal fracking bans and moratoriums.

Because the anti-fracking local campaigns don't have the spending power of the oil and gas industry, Frack Free Colorado released these video to combat the misinformation campaign laid out by the industry. These videos feature local and national experts who touch on economics, air pollution, groundwater contamination and renewable energy solutions. The first video features EPA whistleblower Wes Wilson and the second features Cornell scientist Tony Ingraffea.