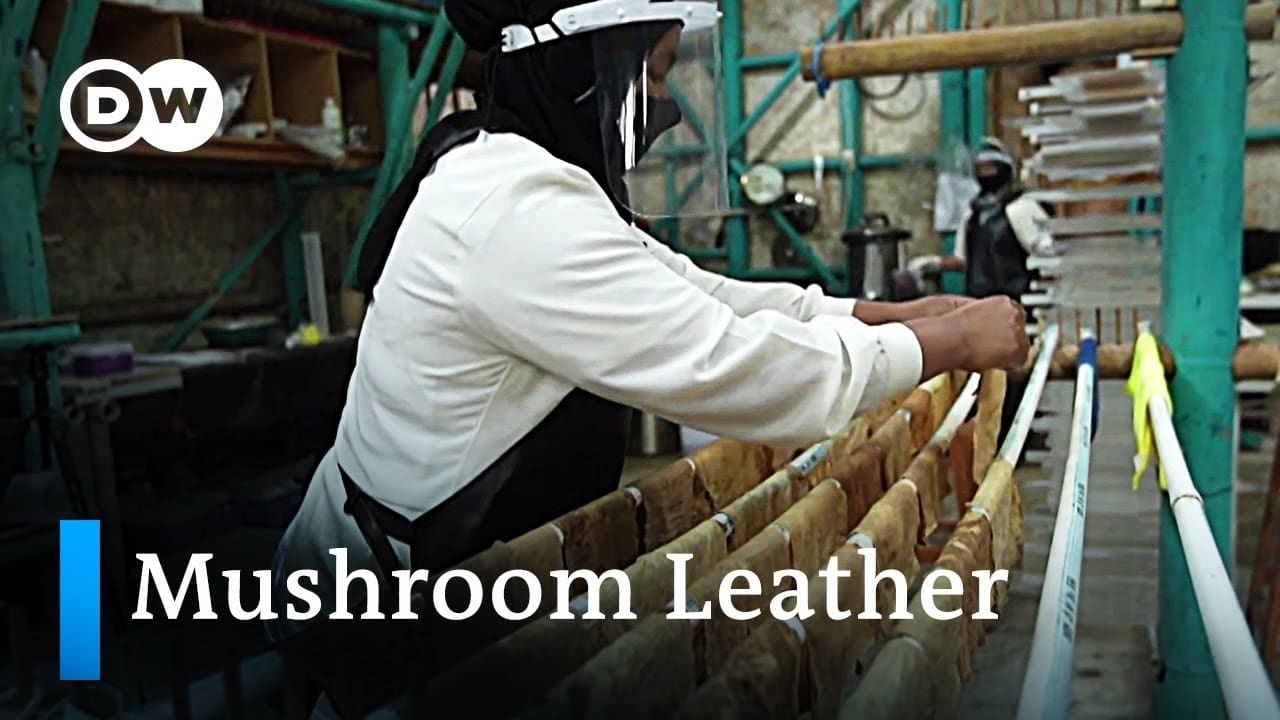 Project partner: Indonesian startup Mycotech is supported through universities, research institutions and the DBS Foundation. In 2019/2020, the company also received from funding from the SEED Initiative (Supporting Entrepreneurs for Environment and Development) and the German Environment Ministry’s International Climate Initiative.

Humankind has been using animal skin to produce leather for thousands of years. It’s a textile with a long tradition, but critics say making it causes animal suffering, consumes a lot of water and pollutes the environment with chemicals and CO2.

Adi Reza Nugroho wants to change that with his startup Mycotech based in Bandung, Indonesia. Nugroho comes from a family of mushroom farmers and is using fungi to make a vegan, leather-like alternative to the animal-based textile.

According to the company founded in 2012, the material is breathable, robust and grows using agricultural waste such as sawdust. The waste is mixed with fungi spores, which form mycelium — a fine branching mass of threadlike structures. After a few days, it can be harvested from the waste blocks, tanned and further processed.

Scientists around the world are researching mycelium properties, believing it could provide the basis for new materials. Some fashion businesses are already using “mushroom leather” to make products like shoes and bags.