Gillnets Push Species to the Brink of Extinction 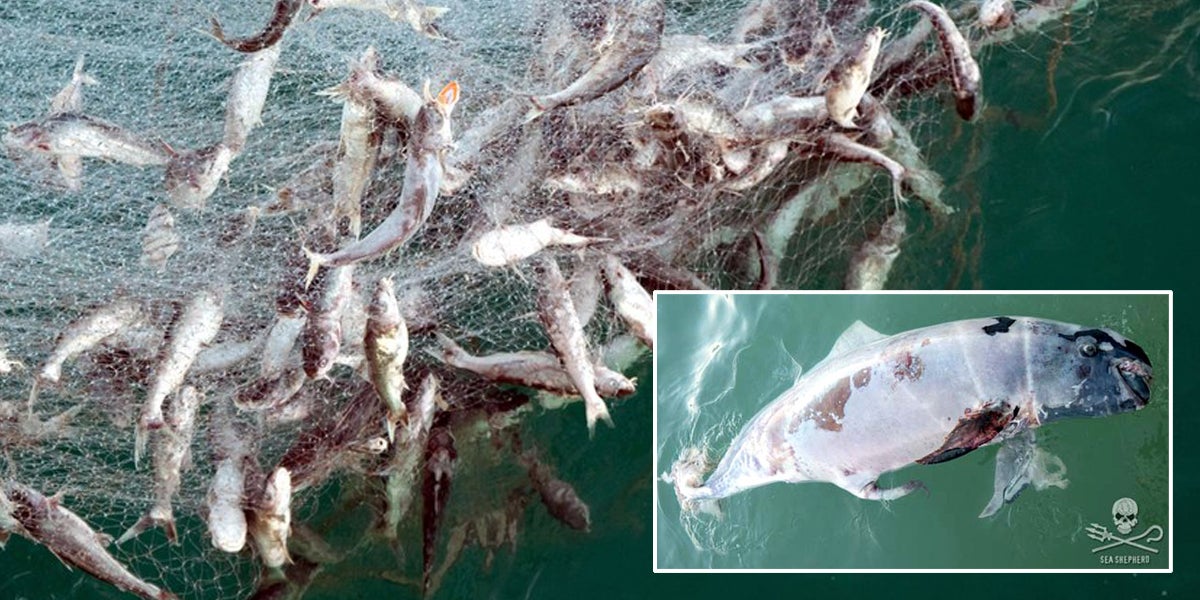 With reproductive instincts pushing them towards the Colorado River Delta, thousands of corvina fish are currently swimming with the tide along the coastal waters of the Pacific Ocean. Making their way to the estuaries, where fresh water mixes with the saline components of the seas, these corvina are unaware that many of them will not even get the chance to lay their eggs in the very particular habitat they depend on to reproduce.

Classified as vulnerable by the IUCN Red List of Threatened Species, corvina have been victims from overfishing since the 90’s. Law enforcement agencies struggle to monitor their catch, despite a regulation that limits the amount of fish that can be removed from the sea.

Covina are a marvel of nature. Their spawning rhythm is synchronized with the moon and tide cycles, transforming the calm seas of the Gulf of California into a rollicking theater as they emit their distinctive croaking sounds to communicate spawning readiness and begin to organize their formations.

Unfortunately, this spectacle also signals the fishermen, who lay nets by the thousands, waiting for this exact moment to begin catching corvina by the tons.

These fish are surrounded by an army of small boats (745 of which are legal, but the government agencies estimates that at least 1,000 pangas go out fishing) and have no chance against the nets that will catch any moving animal in the area.

How can fishing during spawning season be justified? Studies show a constant decrease of the average fish size, with more and more juveniles caught, as the adults don’t have time to reproduce.

The results of this large scale fisheries is not only the devastation of a fish population, but other animals who are also at risk and targeted by this frenetic activity, including the shy and elusive vaquita marina. This small porpoise only lives on the coast of San Felipe, in the Gulf of California, and is considered the most endangered marine mammal in the world. Its habitat has been fragmented by gill nets, to the point of bringing the numbers of vaquita down to only 30 individuals. This species is now on the verge of extinction.

Gill nets, which have been forbidden in the upper part of the Gulf since 2015, are mainly used to fish another endangered, endemic animal of the Gulf: the totoaba bass, sought for its bladder, and not for its meat. This bladder is sold at high value on the black market in China and Hong Kong, and the rest of this predator is thrown back, bleeding, in to the sea.

These banned gill nets are the cause of death of many animals that get trapped in them, including the vaquita. Last year the only sightings of this marine mammal were three dead individuals whose cause of death was determined by scientists as being due to entanglement in gill nets, which traps them and prevents them to come up to the surface for air. They literally suffocate to death.

Efforts are being made in order to keep the refuge a safe place from the nets. It is therefore imperative that adequate law enforcement measures are put in to place, including, reporting illegal activity in the area and apprehending those engaged in it. Sea Shepherd is committed to keep patrolling and monitoring the refuge, and to remove every illegal net encountered.

The Gulf of California is a stunning place where the desert is bathed by a beautiful sea, often described as the aquarium of the planet. If our relationship to it doesn’t change immediately, it will soon be turned into an open-air cemetery, reminiscent of a world that once was, and is no more.

Raffaella Tolicetti is the ship manager on the M/V Sam Simon. The M/V Sam Simon and the M/V Farley Mowat are in the Gulf of California for Operation Milaro III.