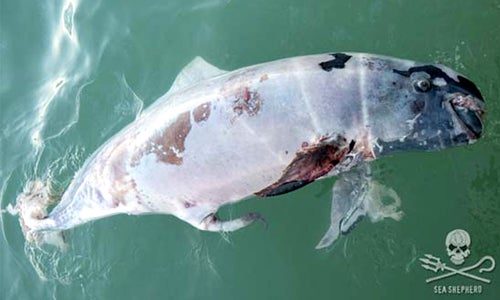 It is high season for totoaba poaching. In response to the Asian black markets and their demand for the totoaba swim bladders, illegal fishermen, despite all our efforts in removing nets and working with the navy, are hitting the vaquita population hard. Asian countries need to take measures to curtail the import and demand for endangered species. 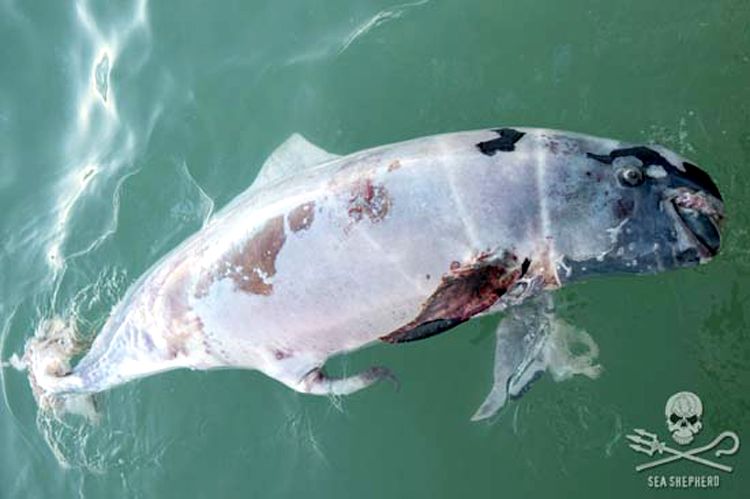 We found a third dead vaquita on March 24 at 17h36, position 31º03.2513 N – 114º49.0371 W. The beaches of San Felipe are littered with hundreds of dead totoabas with only their swim bladders removed. On March 27, we retrieved a net with 15 dead totoabas in it. Poaching activity continues to increase.

Finding three vaquitas in three weeks is finding one dead vaquita per week. If we look at the rate the vaquita population has been killed, and the intensity of illegal activity at night, there are very likely fewer than 30 vaquita left. If we continue losing the vaquita at this rate it will be extinct by this December. 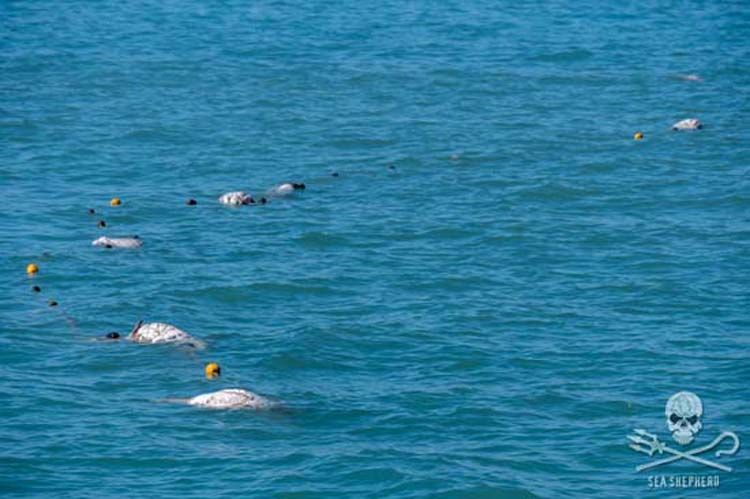 There is still hope for the vaquita though. Other species have been brought to the brink of extinction and bounced back with the right interventions. The sea lions in the Sea of Cortez, the right whale around New Zealand and the California Condor are just a few examples of these species.

The gillnet ban and all the efforts that have been in place need to continue stronger than ever. As long as we continue our efforts to protect the vaquita marina, there is hope. Giving up is not an option.