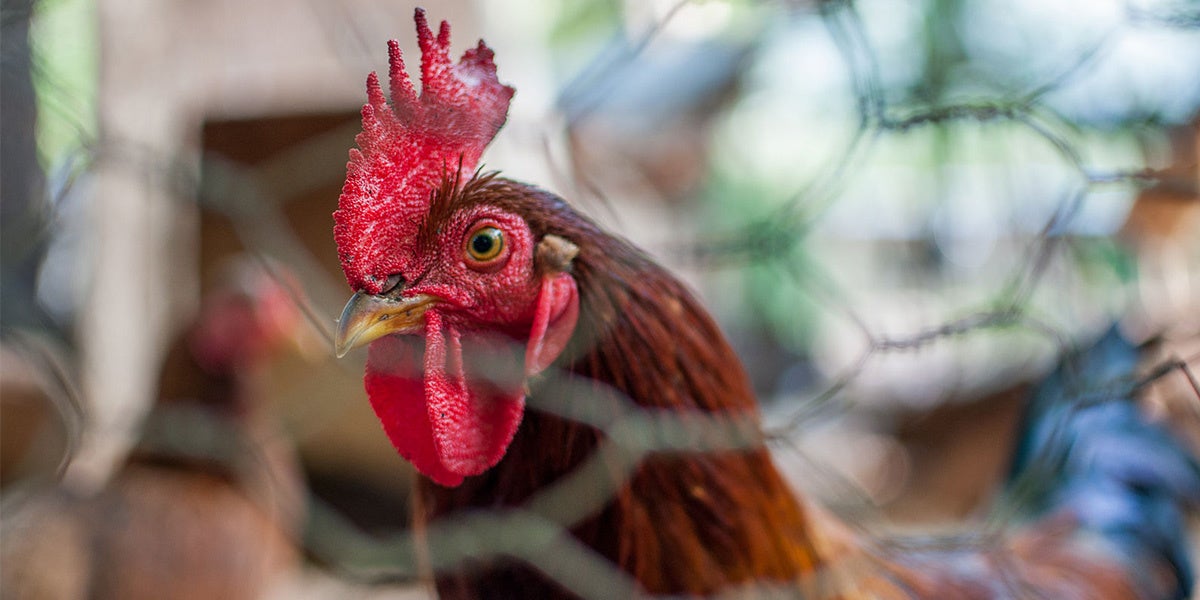 Angering organic farmers and advocates, the Trump administration announced on Monday that it will officially withdraw a rule that would have added animal welfare regulations for meat, eggs and dairy marketed as “organic.”

The U.S. Department of Agriculture (USDA) killed the Organic Livestock and Poultry Practices (OLPP) final rule after deciding that it “exceeds the department’s statutory authority, and that the changes to the existing organic regulations could have a negative effect on voluntary participation in the National Organic Program,” according to a USDA statement.

While Greg Ibach, undersecretary for the USDA’s marketing and regulatory program, claimed that “the existing robust organic livestock and poultry regulations are effective,” organic farmers, animal rights advocates and consumers who have supported the enhanced regulations—which were published on Jan. 19, 2017 and would have taken effect in May—expressed disappointment with the move.

Today, the USDA withdrew rules that established standards for organic livestock production. This puts family farmers who adhere to strict standards on an uneven playing field with operations who skirt the rules, yet still benefit from the organic label. https://t.co/dkGjJFiUlz pic.twitter.com/9wCuWZhquh

“The decision nullifies 14 years of policymaking in a process mandated by Congress, and marks an about-face for the agency,” Lynne Curry wrote for Civil Eats. The rule would have “specified a set of standards for organic livestock and poultry designed to minimize stress, facilitate natural behaviors and promote well-being,” she noted in an update to a piece she published in December. As Curry explained:

Championed throughout the organic industry—from farmers to consumer groups to retailers and animal-welfare advocates—the OLPP was intended as a course correction for the $43 billion food industry, formulated to bring organic dairy, eggs and meat production into line with consumer expectations of higher animal welfare. Trust in the organic seal depended on it, some advocates insisted.

But this latest USDA decision codifies the big rift between the majority of certified organic producers, who follow the spirit of the law, and the fewer, much larger producers who seek to gain market advantage, primarily by continuously confining animals that are required by law to have outdoor access. The USDA’s ruling preserves the status quo, and fails to establish the USDA Organic label as the “gold standard” for organics that OLPP promised.

When the department moved to withdraw the rule in December, the industry group Organic Trade Association (OTA) said, “This groundless step by USDA is being taken against a backdrop of nearly universal support among the organic businesses, and consumers for the fully vetted rules that USDA has now rejected.”

“It is against this overwhelming public input that USDA ignores growing consumer demands for food transparency,” the group added. “It makes no sense that the Trump administration would pursue actions that could damage a marketplace that is giving American farmers a profitable alternative, creating jobs and improving the economies of our rural areas.”

Monday’s announcement came after the OTA requested oral hearings late last week for a lawsuit it filed against the USDA for repeatedly delaying and moving to withdraw the rule.

“Failure to implement the final rule, and its welfare provisions, will lead to irremediable damage to consumer trust in the USDA Organic seal,” warned Jesse Laflamme, a supporter of the OTA lawsuit and co-founder of Pete and Gerry’s Organic Eggs, which partners with over more than family-owned farms in 14 states. “Our farmers will suffer severe financial setbacks.”