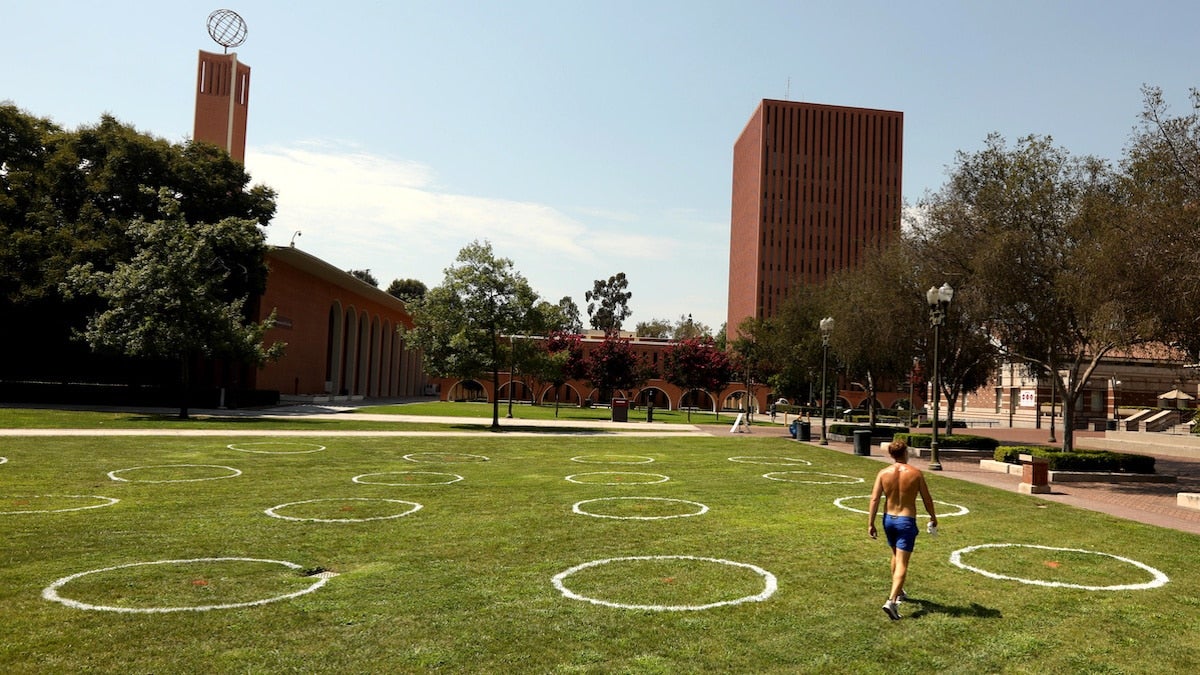 While the rate of infection is slowing down in the U.S., the recent data shows that the country is far from having the novel coronavirus under control as the number of cases just passed 6,000,000, by far the most in the world, according to The New York Times. In fact, the U.S. has more than one-fourth of the world’s 25 million cases.

Even though the number of hospitalizations is trending down, the number of new infections per day remains around 40,000, showing that the surge in cases from the beginning of the summer is having a lingering effect, as The Washington Post reported.

It took just 16 days for the U.S. to jump from 4 million cases to 5 million. Now it’s taken 22 days to go from 5 million to 6 million, according to The New York Times database.

While some coastal places that once saw huge spikes in cases — like New York and New Jersey — seem to have the virus under control, a handful of Midwest states are witnessing their numbers trend in the wrong direction. According to Reuters, the upper Midwest, including Iowa, Minnesota and both Dakotas have seen record one-day increases in cases, while further west both Idaho and Montana saw a record number of hospitalizations.

South Dakota hosted an annual motorcycle rally in mid-August, which drew more than 365,000 visitors. So far, 88 cases in the state have been linked to that rally, as Reuters reported.

These numbers have many school leaders and policy makers treading lightly as they look to reopen schools and grapple with how to enforce social distancing policies. As CNN reported, the challenge of reopening colleges is causing concern now that 36 states have reported positive cases at colleges and universities, accounting for nearly 9,000 recent positive cases.

A large portion of those cases are from the University of Alabama, which has had over 1,200 positive cases since the school reopened for classes 12 days ago, according to its website, as CNN reported.

The trend in cases is following where schools are reopening. For example, the counties in Iowa with the most active cases are also the ones that are home to the University of Iowa and Iowa State University, according to Reuters. Similarly, outbreaks in Kansas have been linked to four different sororities, as CNN reported.

In New York, Governor Andrew Cuomo has acted swiftly to respond to reports of large student gatherings at universities in upstate New York. He announced yesterday that he will send a “SWAT team” to a State University of New York campus in Oneonta to contain a COVID-19 outbreak, according to Reuters. More than 100 people on the campus have tested positive for the virus, forcing the school to suspend in-person instruction for two weeks. That happened just one week after reopening.

“We have had reports of several large parties of our students at Oneonta last week, and unfortunately because of those larger gatherings, there were several students who were symptomatic of COVID,” said State University of New York Chancellor Jim Malatras, as Reuters reported.