97,000 U.S. Kids Test Positive for COVID-19 on the Brink of Schools Reopening 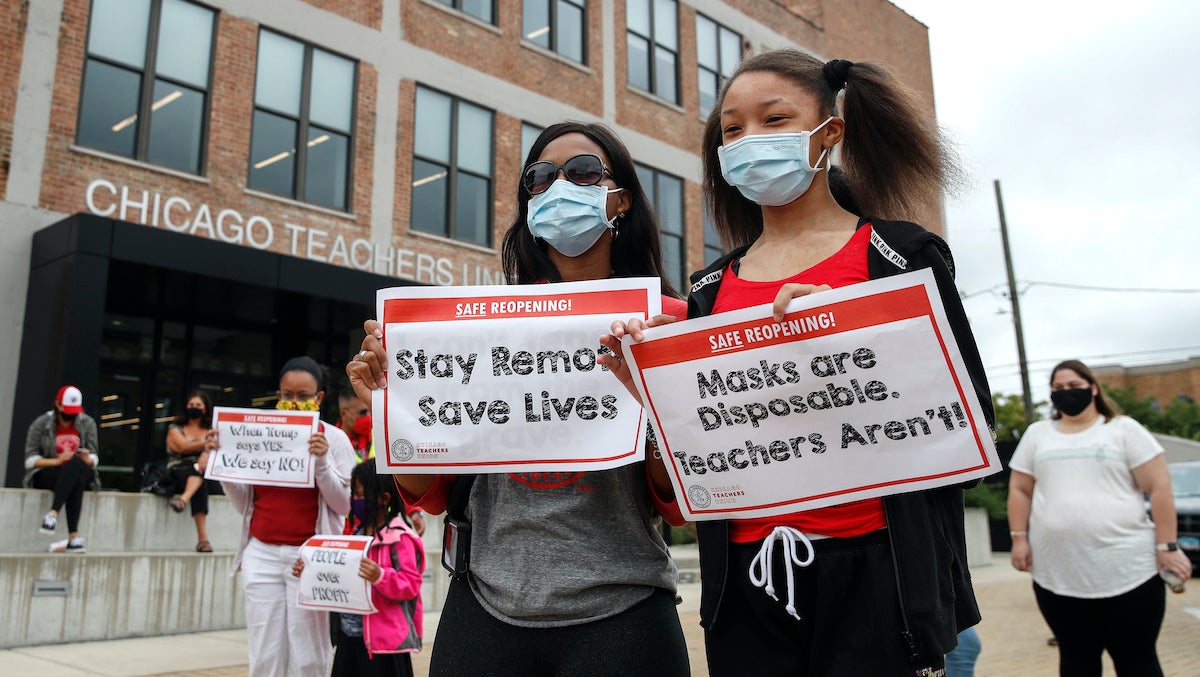 The coronavirus cases surging around the U.S. are often carried by kids, raising fears that the reopening of schools will be delayed and calling into question the wisdom of school districts that have reopened already.

A new study found that more than 97,000 children around the country tested newly positive for the virus by the end of July, marking a 40 percent increase in the number of infected children, according to a new report from the American Academy of Pediatrics and the Children’s Hospital Association, as The New York Times reported.

The report says that at least 338,000 children had tested positive through July 30, meaning more than a quarter tested positive in just the two weeks between July 15 and the end of the month.

The eye-popping data that the medical organizations compiled comes during back-to-school season as health officials are trying to understand the effects of the virus on children and the role young people play in its spread. Some schools have begun welcoming crowds back to class and others have had to readjust their reopening plans in response to infections. North Paulding High School near Atlanta, Georgia made headlines for its packed hallways and has abruptly shifted to online instruction after there were nine positive cases in the school — three among staff and six among students, according to CNN.

While children make up a small fraction of the number of positive coronavirus cases in the U.S., their portion is growing. According to The Washington Post, while children were only 2 percent of cases nationwide in April, they now account for 8.8 percent.

The numbers of children affected followed the national trend, with large upticks in the South and Southwest, and much smaller numbers in the Northeast, where the virus is much more in control. New York City, New Jersey and other Northeastern states had the lowest number of childhood infections, according to the report.

Seven out of 10 new pediatric cases were reported in southern and western states, according to the paper, as the The Washington Post reported. Northeastern states saw much more limited growth in children’s cases. Arizona reported the most cases per 100,000 children, with more than 1,000 on July 30. Louisiana, South Carolina and Tennessee were the only other states with more than 800 cases per 100,000.

There were limitations, though, since the report did not include complete data from Texas or parts of New York State outside New York City, according to The New York Times. While they didn’t have the highest overall numbers, Missouri, Oklahoma, Alaska, Nevada, Idaho and Montana were among the states with the highest percentage increases of child infections during that period, according to the report.

Vanderbilt University’s Dr. Tina Hartert told CBS News that she hopes increased testing of children will help determine what role they play in transmission, as school districts around the country return to some form of school. She is leading a government-funded study that sent DIY testing kits to roughly 2,000 families.

“The kits are shipped to the families, they are taught how to collect these samples, and then the samples are sent back by the families to a central repository,” she said.

Mayor Bill de Blasio of New York City, the nation’s largest school district, announced a return to in-person schooling in the fall and pledged officials “have worked incessantly to get this right,” according to CBS News.

“They’ve looked at examples from all over the world of what will keep the school community safe, and they’ve made a series of choices of how to do things from the health and safety lens first, while also making sure we can educate our kids,” he said in a Friday press conference.