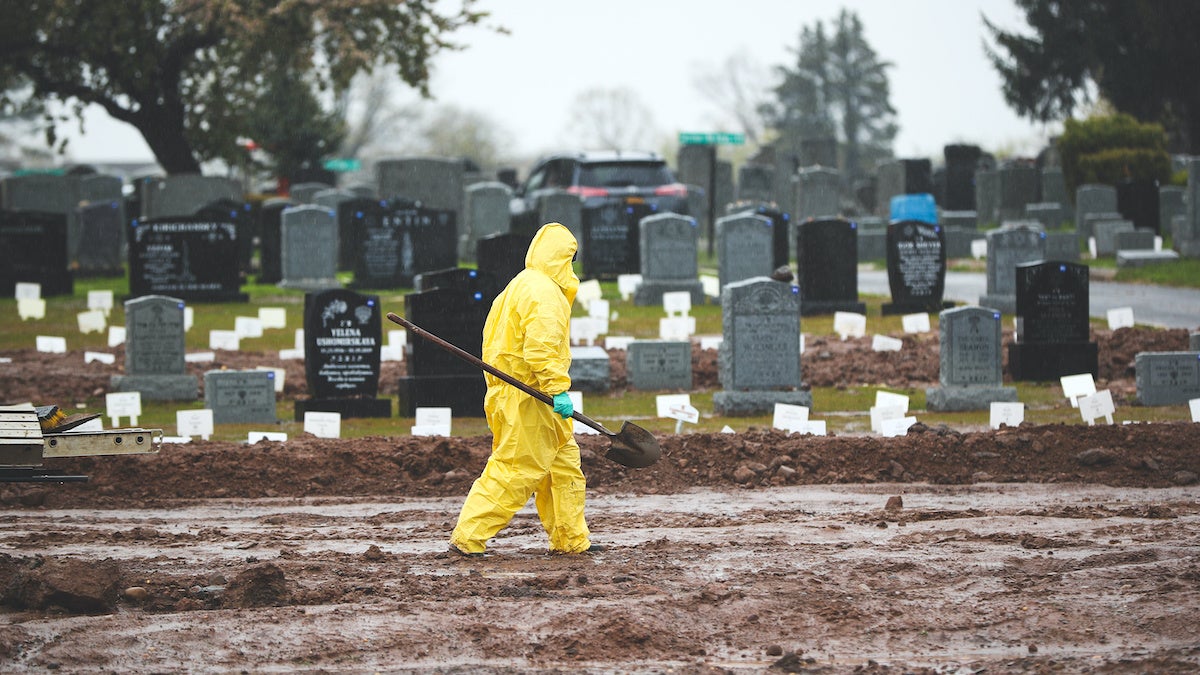 The U.S. death toll from the new coronavirus passed 150,000 Wednesday, in a grim marker of the country’s struggle to control the disease.

The U.S. has now reported more than 4.4 million confirmed cases and 150,713 deaths, according to Thursday morning figures from Johns Hopkins University. That number means the U.S. outbreak is by far the deadliest in absolute numbers. While it only holds about 5 percent of the world’s population, according to NPR, it has accounted for almost a quarter of the world’s 667,218 coronavirus deaths.

“Basically, none of this should have happened,” commercial pilot Rob Koreman of Fort Lauderdale, Florida, who has to keep abreast of the numbers because of his work, told Reuters. “We needed state coordination, if not flat-out a federal mandate.”

Confirmed coronavirus deaths in the US have passed 150,000, according to data from Johns Hopkins University. https://t.co/KeBxgXCHXl pic.twitter.com/gn9f3S7l1l

However, the national death toll has begun to climb following a surge of cases in the South and West. The daily average of deaths for the week ending Tuesday rose above 1,000 for the first time since June 2, CNN reported. In 29 states, the average number of deaths per day was at least 10 percent higher compared to the previous week, and some states are reporting their highest daily death tolls to date. California broke its record for most deaths reported in a single day with 197 on Wednesday, while Florida broke its record two days in a row, with 186 deaths on Tuesday and 216 on Wednesday, according to NPR.

The daily death total continues to climb and is now more than double the numbers at the beginning of July.https://t.co/74QzWYbn1p pic.twitter.com/XCA4XkRZnC

While the number of new cases is now beginning to fall slightly, public health experts expect deaths to continue to rise since mortality tends to lag behind infections, according to CNN.

The death toll has risen much higher than initial predictions, The New York Times pointed out.

In April, National Institute of Allergy and Infectious Diseases Director Dr. Anthony Fauci said he hoped the toll would not rise above 60,000 and a respected research center predicted a little more than 70,000 deaths by early August.

In early May, the University of Washington’s Institute for Health Metrics and Evaluation (IHME) model raised its projected death toll from around 60,000 to more than 134,000 by early August due to increased movement and the easing of social distancing measures. It now predicts around 220,000 deaths by November.

“I think the fact that we as a country have not been able to get our arms around this, have not prioritized preventing those deaths is all that much more maddening. And so, for me it’s frustration, it’s sadness. And a resolve to try to figure out how we prevent the next 150,000,” Harvard Global Health Institute Director Dr. Ashish Jha, told CNN’s Wolf Blitzer. “I think we can, but we’re really going to have to work for it.”

Researchers at Johns Hopkins University Center for Health Security issued a report Wednesday calling for a “reset” of the U.S. federal, state and local response to the pandemic in order to do just that.

Its recommendations included requiring masks across the board, increasing testing and reinstating stay-at-home orders for places where cases and hospitalizations are surging, according to CNN.

“Unlike many countries in the world, the United States is not currently on course to get control of this epidemic,” the report authors wrote. “It is time to reset.”