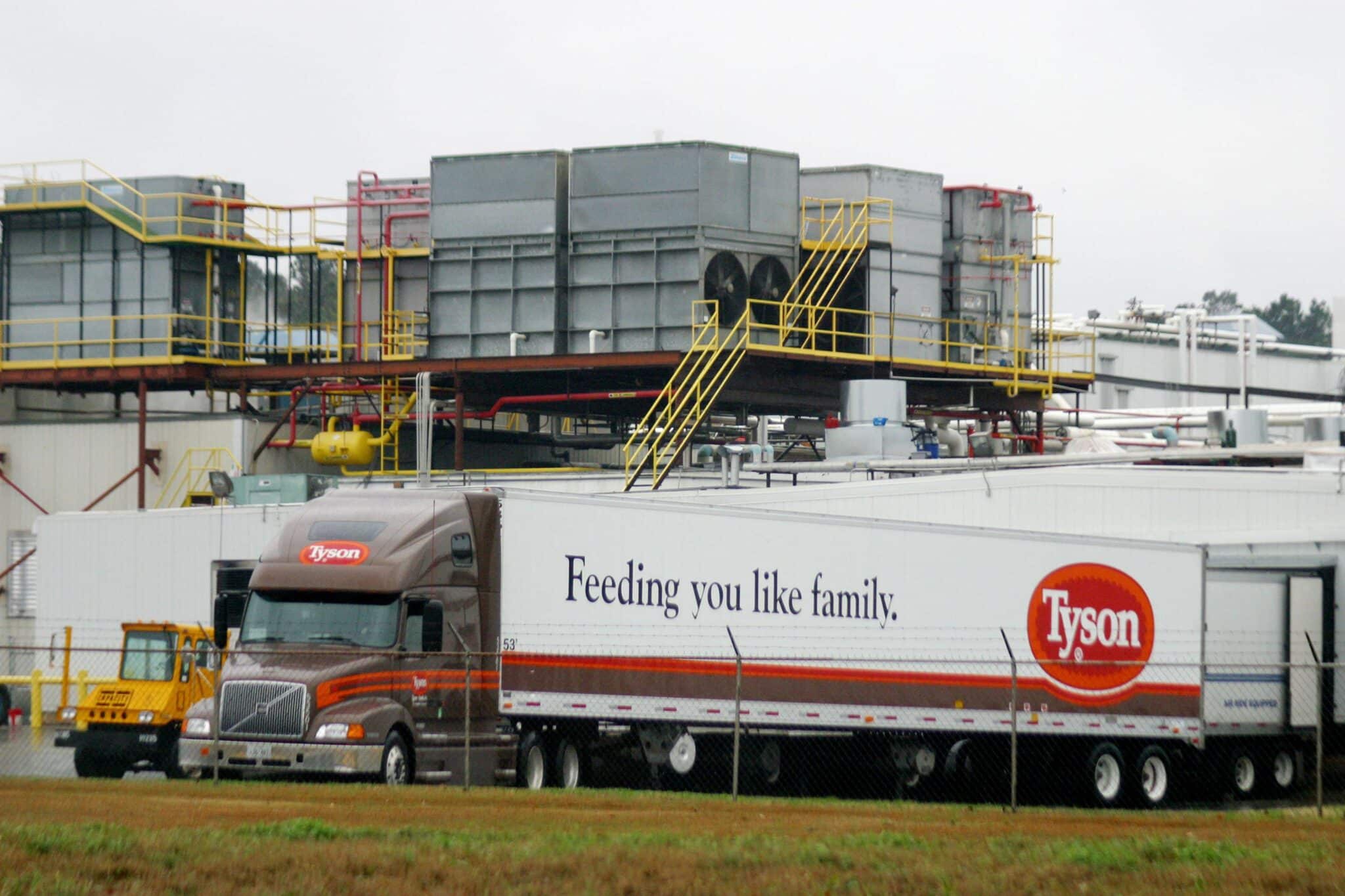 A few years back, the nation’s largest meat and poultry company used the slogan “Powered by Tyson” to sell its chicken, pork, and beef. Tyson Foods’ marketing language has since changed, but the notion of “power” is more apt than ever when it comes to the way this company operates. As a new joint investigation by the Union of Concerned Scientists (UCS) and The Guardian reveals, Tyson has aggressively consolidated its power in the chicken industry, particularly in its home state of Arkansas, while disempowering and exploiting its workers and farmers. The findings are disturbing, and they should raise new alarm bells for state and federal regulators and anyone who eats chicken.

The Trouble With Tyson

The US meat and poultry industry generally is highly consolidated, and there is no bigger player than Tyson Foods. One out of every five pounds of chicken, beef, or pork sold in this country is processed by Tyson, and the company slaughtered and packed a staggering 2.3 billion chickens in 2020.

That level of market share gives Tyson a lot of power, and we’ve seen examples of how the company uses it. Early in the pandemic, Tyson flexed its political muscles to keep plants across the country open even as its workers were contracting and dying from COVID-19 in alarming and tragic numbers. But long before the pandemic, farmers, workers, and commercial chicken buyers have been accusing Tyson of price fixing and wage suppression schemes that go back years. Some of these allegations have gone to court and ended in settlements, while others are still pending.

Nowhere is Tyson’s power more concentrated than in its home state of Arkansas, which leads the nation in both the number of farms raising chickens for meat (known as broilers) and the number of plants that process and pack them. In collaboration with The Guardian and Venceremos, an Arkansas-based worker-driven community organization, UCS set out to better understand how Tyson’s business model affects people in that state.

As detailed in our report, Tyson Spells Trouble for Arkansas, we analyzed US Department of Agriculture data and sales data from the Arkansas poultry processing industry and found that:

The Guardian reporting digs deeper into the effects of Tyson’s operation on its workers and their communities, unearthing personal stories of speed and output targets prioritized over worker safety, a points-based disciplinary system that pressures employees to work overtime and keeps many fearful employees working even when injured or sick, and noxious odors that harm Tyson’s neighbors. The company, not surprisingly, denies it all.

How Can We Curb the Power of Tyson Foods?

But if you don’t live in Arkansas, why does this matter to you? Well, first off, fairness and justice should be important to all of us, especially in a system as fundamental to our lives and well-being as our food system. Especially where Tyson’s low-paid, largely immigrant workforce is concerned, it’s really a human rights issue.

In February 2021, Tyson investor groups brought a resolution aimed at improving the company’s human rights record in light of its miserable handling of the COVID pandemic. That resolution failed, though more narrowly than in previous attempts to hold the company accountable for worker health and safety. Meanwhile, Tyson’s CEO earned nearly $11 million in total compensation in 2020. And the company’s profits keep going up, up, up.

But there’s also this: A company that treats its own employees as disposable and sub-human probably isn’t all that concerned about its customers either. The Guardian reporting bears this out, too, in worker stories of flies and cockroaches running rampant in the plants and managers turning a blind eye when they get into the machinery that turns chicken parts into products you buy at the supermarket. (Chicken nugget, anyone?)

So what can be done to curb the out-of-control power of Tyson Foods and actually empower farmers, workers, communities, and consumers? You can read our detailed policy recommendations in our report, but at the federal level they boil down to this: Both the US Department of Justice and the USDA have a role to play in strengthening and enforcing antitrust rules to promote fairness and keep companies like Tyson in check. The previous administration severely weakened the USDA’s ability to do this. But President Biden recently issued an executive order directing the agriculture secretary to take action to address competition issues in the food and farming industries, and we will be pressing Secretary Vilsack to do it right.

In addition, Congress can invest in infrastructure to help smaller scale meat and poultry processors compete and provide more and better options for small, medium, and even big farmers to get their products to market in a way that’s good for workers, communities, and the environment.

Finally, we all have a role to play. One role is as consumers: If you eat chicken and are able to bypass Tyson and buy directly from independent farmers or smaller scale processors — for example, at farmers markets or through community supported agriculture arrangements — do it. As I’ve acknowledged before, in our current system, sustainability and justice come with a hefty price tag: those chickens are not just more expensive, they’re totally unaffordable for many. Of course, that’s partly because of income and wealth inequality in our society that leaves so many people without the means to afford better food. But there’s another reason for the divide. As our report shows, Tyson’s market domination gives the company tremendous power: power to set chicken prices for wholesalers, retailers, and other buyers, and power to squeeze out costs in their supply chain by stiffing workers and farmers and polluting communities, all while top executives and shareholders rake in billions.

Which brings me to our role as participants in a democracy, who can and must demand policy actions like those above to begin curbing corporate power. It’s up to all of us to help make our food system fairer and more sustainable, and to hold Tyson and other companies accountable for their actions. And just maybe, to make Tyson Foods actually adhere to its latest marketing slogan: Keep it real.

As senior strategist and senior analyst in the Food and Environment Program at the Union of Concerned Scientists (UCS), Karen Perry Stillerman manages campaigns and initiatives aimed at transforming and modernizing the American food system to make it safer and healthier for consumers, farmers and farm workers, rural communities, and the environment.