Trump’s Budget Plan: A Push for Even Greater Environmental Regression 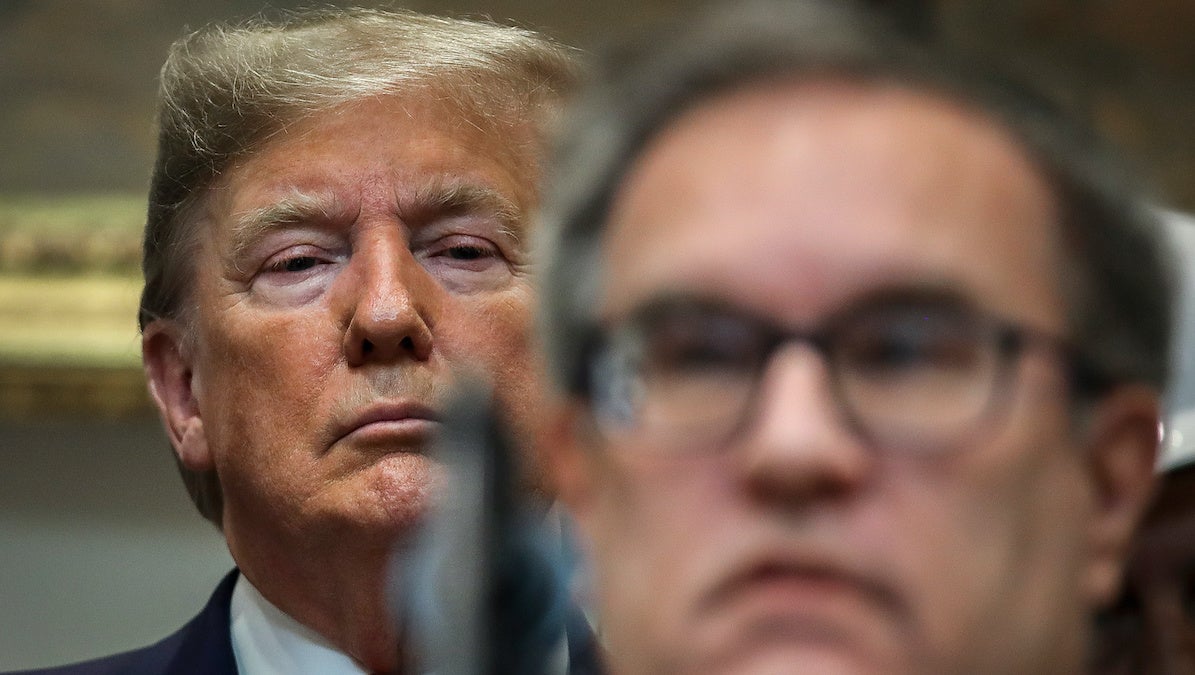 Trump looks on as EPA Administrator Andrew Wheeler speaks during an event to unveil changes to the National Environmental Policy Act, in the Roosevelt Room of the White House on Jan. 9, 2020 in Washington, DC. Drew Angerer / Getty Images

President Donald Trump has unveiled his budget proposal for the next federal fiscal year, and it’s predictably harsh for wildlife and the environment — but great for oil, gas and coal.

Of course, the annual presidential budget is more spectacle than anything else. The real budget each year comes from Congress, which may or may not take up the president’s suggestions.

But whether or not the White House budget proposal’s recommendations go any further, it reveals the dark truth about the Trump administration’s priorities, especially as they relate to environmental issues.

Here’s what we see in this year’s budget:

Oh, and let’s not forget about the nearly trillion in proposed cuts to Social Security and Medicare, which came just two days after President Trump promised no changes to those programs.

If you voted for this man because you took him at his word, your country needs you. Don't be fooled again by our liar-in-chief's broken promises. https://t.co/Su6EshDnz2

Meanwhile the budget increases some funding in unexpected places:

The budget also takes a quiet jab at the media by promising to cut money spent on “subscriptions.” This continues a trend the administration started last year when it cancelled White House subscriptions to The New York Times and The Washington Post and promised to repeat this version of “cancel culture” throughout the federal government. The president has infamously called journalists the “enemies of the people.”

It’s doubtful that much of this will make the final budget — Congress reinstated many of the Trump administration’s proposed cuts when they wrote the official 2020 budget — but does that really matter? The administration has already shown its willingness to not spend congressionally allocated money on programs it doesn’t like. Earlier this month congressional Democrats revealed that the Department of Energy has held onto 3 in funding for clean-energy research and development — a program whose funding the administration had originally proposed cutting by 86%.

No matter what happens in Congress, we can expect the same type of budgetary actions from this administration in the future.

“We’re going to keep proposing these types of budgets and hope that at some point Congress will have some sense of fiscal sanity and join us in trying to tackle our debt and deficits,” Russ Vought, acting director of the White House Office of Management and Budget, said during a press briefing.

Speaking of that debt, the Congressional Budget Office last month projected that the federal budget deficit will reach .02 trillion this year due in large part to the Trump administration’s tax cuts. The national debt, meanwhile, rose to a record trillion this past November. Experts say White House budget will not be able to address either of those problems.

Does the Trump budget propose anything beneficial? Ironically, it promises to tackle wasteful federal spending on things like travel. Whether that includes the 0 a night that the Secret Service has been paying to house its agents at the president’s luxury properties remains to be seen.