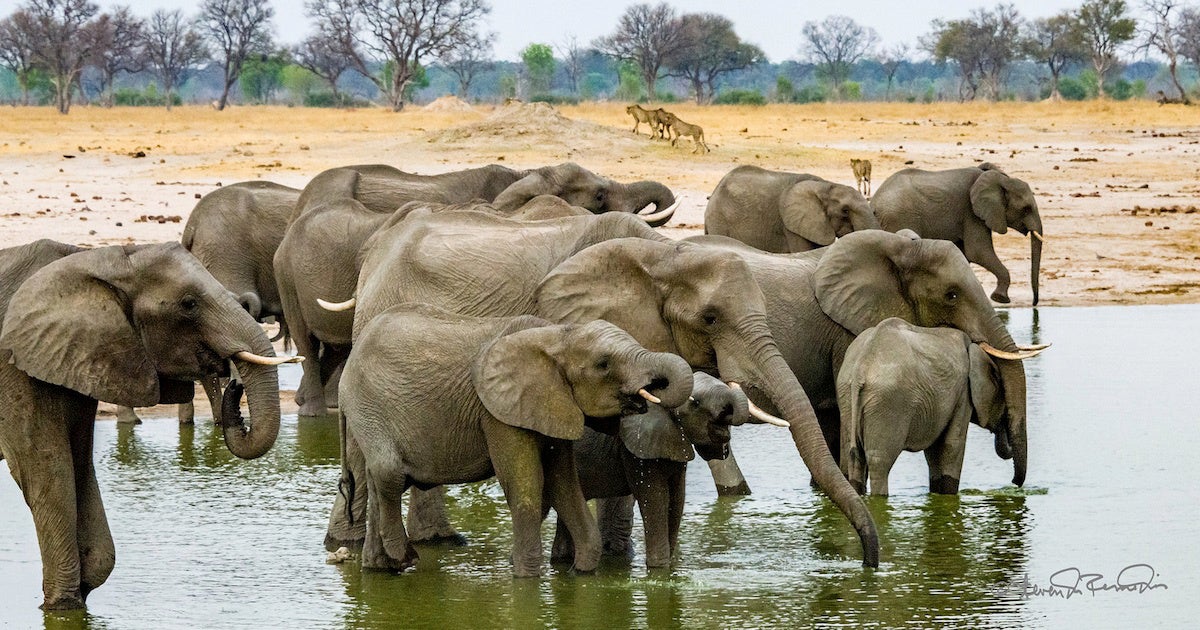 The
Trump administration has agreed to allow the remains of elephants killed in Zimbabwe and Zambia to be brought back to the U.S., a reversal of an Obama-era ban.

In 2014, the President Obama’s administration banned the imports of elephant trophies to protect the species. “Additional killing of elephants in these countries, even if legal, is not sustainable and is not currently supporting conservation efforts that contribute towards the recovery of the species,” they said at the time.

African elephant populations had once numbered between three to five million in the last century, but have been severely reduced to its current levels of 415,000 animals due to hunting and the illegal ivory trade, according to the World Wildlife Fund.

But the U.S. Fish and Wildlife Service (FWS), an agency within the
Department of Interior, said Tuesday that reversing the ban would help preserve the species.

“The hunting and management programs for African elephants will enhance the survival of the species in the wild,” a FWS spokesperson
said.

“Legal, well-regulated sport hunting as part of a sound management program can benefit the conservation of certain species by providing incentives to local communities to conserve the species and by putting much-needed revenue back into conservation.”

Incidentally, the policy switch was
first announced by Safari Club International, a hunting advocacy group that teamed up with the National Rifle Association to sue to block the 2014 ban.

“These positive findings for Zimbabwe and Zambia demonstrate that the FWS recognizes that hunting is beneficial to wildlife and that these range countries know how to manage their elephant populations,” said Safari Club International President Paul Babaz.

“We appreciate the efforts of the Service and the U.S. Department of the Interior to remove barriers to sustainable use conservation for African wildlife.”

But Elizabeth Hogan,
World Animal Protection U.S. Wildlife Campaign Manager, said she was “appalled” at the decision by the Department of the Interior and is urging the Trump administration to reconsider.

“The U.S. must do all we can to ensure the genuine protection of African elephants, a species listed under the
Endangered Species Act. The stalking, chasing and killing of animals for game hunting is abhorrent, and we should not prop up this sordid industry of trophy hunting. Wild animals belong in the wild—not targeted and killed in the name of entertainment.”

Wayne Pacelle, the president and CEO of The Humane Society of the United States, similarly condemned the new policy.

“Let’s be clear: elephants are on the list of threatened species; the global community has rallied to stem the ivory trade; and now, the U.S. government is giving American trophy hunters the green light to kill them,” he wrote in blog post.

But Sec. Zinke, an avid hunter, said the council will “provide important insight into the ways that American sportsmen and women benefit international conservation from boosting economies and creating hundreds of jobs to enhancing wildlife conservation.”

President Donald Trump’s sons, Donald Trump Jr. and Eric Trump, are also
hunting enthusiasts. Trump’s sons have been criticized by animal rights’ groups for posing in photos with their exotic and endangered big game catches such as elephants and leopards.