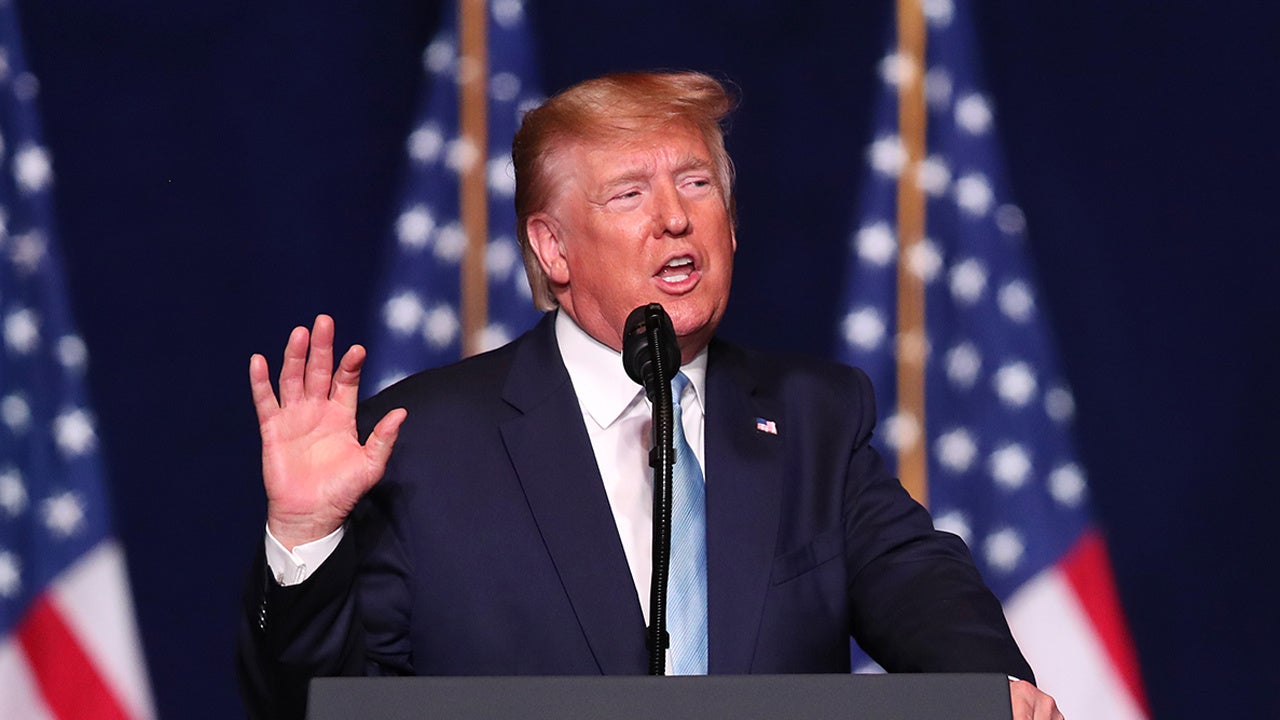 An essential component of the Trump administration’s campaign to roll back regulations that it considers “burdensome” is getting rid of experts whose inconvenient truth-telling refutes the rationale for its pro-industry agenda.

During its first two years in office, the administration pushed more than 1,600 federal scientists out the door, most notably “social scientists, soil conservationists, hydrologists and experts in the physical sciences — chemistry, geology, astronomy and physics,” according to a recent Washington Post investigation.

At the same time the administration has been sidelining, muzzling and sacking federal scientists, it has been eliminating independent advisory committees that in some cases have been providing technical advice to the government for decades.

According to a General Services Agency (GSA) database, in fiscal year 2018 there were approximately 1,000 committees with more than 60,000 members advising federal agencies on a range of issues, from pollution control to nutrition guidelines to transportation safety. Nearly 600 of the committees are required by law. Each of them are made up of top experts from academia, industry and state, federal and tribal governments who volunteer to meet one to a dozen times a year, produce reports and provide recommendations. This extraordinarily cost-effective resource has made Americans healthier, the environment cleaner, and U.S. neighborhoods and workplaces safer.

The Trump administration started shutting down advisory committees soon after it took office, but on June 14 of last year, the president issued an executive order requiring all federal agencies to purge at least a third of the roughly 400 non-mandated panels by the end of September. Neither the White House nor the GSA has released a list of terminated committees, but my organization, the Union of Concerned Scientists (UCS), has been able to confirm that more than 50 have been targeted for elimination thus far and at least 10 were cut as a result of the executive order.

“For the past few years, the administration has been shrinking the role of advisory committees, and now it is making it even more difficult for agencies to access unvarnished scientific and technological advice,” said Genna Reed, lead science and policy analyst for the UCS Center for Science and Democracy. “If agencies won’t listen to their own scientists or the independent experts who have donated their time year in and year out, the government will be flying blind.”

It is difficult to determine just how many committees have been killed because their websites — if they still exist — do not necessarily indicate their status. For example, the Interior Department notified the 12 members of its National Invasive Species Council (ISAC) in an early May 2019 phone call that their charter was ending in the fall. The council, which had been advising the department since 1999 on how to prevent and control invasive species that cost the United States more than 0 billion annually, was eliminated due to “budget constraints,” according to the call minutes.

As of this writing, there is nothing on the council’s home page that mentions its demise, but on a page listing the papers it produced from 2006 through last May, directly under the headline “Invasive Species Advisory Committee Products,” it reads: “Note: ISAC is presently in an administratively inactive status.” Apparently that’s bureaucratese for “dead.” At least three other Interior Department advisory committees met a similar fate before Trump issued his executive order.

The Environmental Laboratory Advisory Board, which counseled the EPA on testing protocols to ensure communities have safe drinking water, met a dozen times in 2018 and five times last year. At its last meeting, on May 15, the board discussed state drinking water testing protocols and testing for per- and polyfluoroalkyl substances (PFAS) contamination. The chemicals, which have poisoned the drinking water of more than 110 million Americans, have been linked to cancer and low infant birth rates.

The National Advisory Council for Environmental Policy and Technology, which advised the agency on general environmental management and technological innovation, held its last meeting last July, its only meeting in 2019. It met three times in 2016, twice in 2017, and once in 2018. According to its now defunct web page, the council convened some 30 subcommittees and worked with more than 900 stakeholder groups since its inception and published more than 80 reports that made more than 1,500 recommendations to the EPA administrator. Most recently it provided suggestions on incorporating environmental justice communities into the agency’s policymaking process.

As its name suggests, the marine committee — founded in 2003 during the George W. Bush administration — consulted with Commerce on designing, monitoring and enforcing marine sanctuaries. It did not meet in 2019, but it held three meetings in 2018 and four in 2017. A notice at the top of the committee’s website states: “As of September 30, 2019, the Marine Protected Areas Federal Advisory Committee has been terminated through [the June 14, 2019,] Executive Order 13875.”

The Smart Grid Advisory Committee advised NIST on how to improve the electricity grid by incorporating energy meters, smart appliances and other digital components. It held its last meeting last June. It met twice in 2019, once in 2018, and twice in 2016. Unlike the marine committee, the smart grid committee’s page on the NIST website does not mention that it was terminated.

Forging Ahead Without Federal Support

Two dismissed advisory groups have taken the unprecedented initiative to meet on their own: the Advisory Committee for the Sustained National Climate Assessment, and the Particulate Matter Review Panel, which were terminated in August 2017 and October 2018, respectively.

The 15-member climate change committee was established by the National Oceanic and Atmospheric Administration in 2015 to distill the conclusions of the quadrennial National Climate Assessment so that state and local governments could integrate them into their adaptation and mitigation plans. The Trump administration terminated the committee in August 2017 after the president announced he would pull the United States out of the Paris climate agreement.

With support from the American Meteorological Society, Columbia University’s Earth Institute and New York State, 10 of the original members began working together again in January 2018. Since then, the group has doubled its size, renamed itself the Independent Advisory Committee on Applied Climate Assessment, released a report in an American Meteorological Society journal, and launched the Science to Climate Action Network to provide recommendations for updating infrastructure and building codes, reducing wildfire risk, managing flooding, and cutting carbon emissions.

The EPA created this iteration of the PM panel in 2015 to evaluate the latest science on the microscopic particles emitted from smokestacks, tailpipes, farmland and wildfires that can cause respiratory, cardiovascular and other diseases, as well as — and especially — premature death. Fine particles with a diameter of 2.5 micrometers or less (PM2.5) were responsible for more than 88,000 premature U.S. deaths in 2015, alone, according to a 2017 Lancet study, more than all firearm and traffic deaths that year combined. Today, more than 20 million Americans live in areas that exceed current particulate pollution standards.

EPA Administrator Andrew Wheeler — a former coal industry lobbyist — axed the PM panel in October 2018 and replaced all but one of the scientists on the Clean Air Scientific Advisory Committee with appointees from industry and Republican-controlled state agencies.

With UCS’s help, the dismissed PM experts reconvened their group, which they now call the Independent Particulate Matter Review Panel. Last October, the panel’s 20 members met for two days and issued a 183-page report that concluded the current federal particle standards are inadequate. They recommended that the EPA lower the current annual limit for PM2.5 by as much as a third.

The Clean Air Scientific Advisory Committee, which acknowledged it was out of its depth and asked Wheeler to reconvene the PM panel, disagreed with the panel’s conclusions. In mid-December, the committee sent a letter to Wheeler recommending that the current PM standards “be retained.”

Pushback From Scientists and Legislators

The scientific community and some members of Congress have mounted an effort to blunt the administration’s assault on expertise.

Last October, nearly 80 scientific, environmental and public health organizations sent a letter to the White House calling on the president to rescind his executive order, arguing that it “arbitrarily eliminate[s] essential advice that informs government decisionmaking.”

“The justification for this order is to reduce costs to the government, but advisory committees provide substantial value to agencies for costs far below those of hiring additional staff or contractors to perform the duties they fulfill,” the letter continued. “… Gathering premier experts who volunteer their time to deliberate on pressing matters is a bargain for taxpayers.”

The administration did not respond.

In Congress, House Science Committee Chair Eddie Bernice Johnson sent letters to eight agencies asking how they planned to implement the executive order and how it could undermine their ability to solicit independent expert advice. Meanwhile, Reps. Sean Casten, Mike Quigley and Paul Tonko introduced the Preserve Science in Policymaking Act, which would prevent the president from shuttering federal advisory committees without the approval of Congress or key career officers at the agency that created them. It also would require public notice of termination and a comment period. It is unlikely that the House will take up the bill any time soon, however, and — if enacted — it would not revive any committees that have already been eliminated.