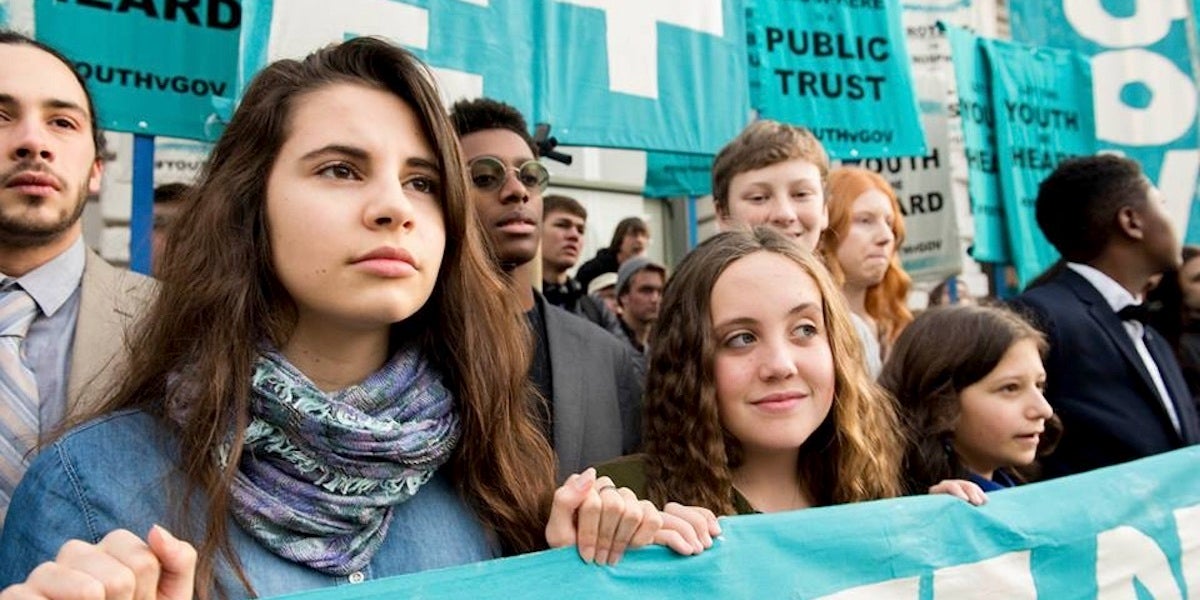 A trial date of Oct. 29 has been set for a landmark
climate change lawsuit brought by a group of young Americans despite the Trump administration’s efforts to halt the case.

Juliana v. United States was filed in 2015 on behalf of 21 plaintiffs who ranged between 8 to 19 years old at the time. They allege their constitutional and public trust rights are being violated by the government’s creation of a national energy system that causes dangerous climate change.

The trial will be heard before U.S. District Court Judge Ann Aiken in Eugene, Oregon, according to
Our Children’s Trust, the non-profit group supporting the plaintiffs. Aiken joined the court in 1998 after being nominated by President Bill Clinton.

“We have our trial date. In the coming months there will be depositions of the parties, defendants’ disclosure of their experts, and expert depositions in late summer. We will build a full factual record for trial so that the Court can make the best informed decision in this crucial constitutional case,” said Julia Olson, executive director of Our Children’s Trust and co-lead counsel for the youth plaintiffs, in a statement.

Save the date! 1st day of trial in Juliana v. US scheduled Oct 29! Show your solidarity & empower these brave youth as they head into the courtroom to face the US gov't. Help show the Court that we need #climaterecoveryNOW! https://t.co/OEw7ZZwjDp #youthvgov #trialofthecentury pic.twitter.com/QXjNqYHu44

The lawsuit was originally filed against President Obama’s government before President Trump took office. Incidentally, just days before the case was turned over to the Trump administration, Obama’s
Justice Department lawyers admitted many of the young plaintiffs’ scientific claims were true, including carbon dioxide (CO2) concentrations have increased to greater than 400 parts per million.

Additionally, the federal defendants admitted that fossil fuel extraction, development and consumption produce CO2 emissions and that past emissions of CO2 from such activities have increased the atmospheric concentration of CO2.

The Trump administration sought an appeal of the case, but last month, a three-judge panel with the Ninth Circuit Court of Appeals in San Francisco denied the White House’s writ of mandamus petition, a rarely used legal maneuver that would have dismissed the case.

They claimed they needed additional time to address expert witness reports and find rebuttal experts, to which Judge Coffin asked: “Where am I missing something? Given your admissions in this case, what is it about the science that you intend to contest with your rebuttal witnesses?”

According to
Courthouse News, “U.S. Attorney Marissa Piropato answered that the dispute lies not in disagreement over whether climate change exists, but rather with the kids’ conclusion that climate change imperils their future.”

Phil Gregory, of Gregory Law Group and co-lead counsel for the youth plaintiffs commented, “By setting a trial date of October 29, 2018 the court clearly recognizes the urgency of the climate crisis. Further, the court stressed that the science should not be in dispute and that the case should be able to proceed in a streamlined fashion. On October 29th climate science will finally have its day in court and the plaintiffs will be ready.”

“It is a relief to see that the Court understands how imperative it is to get this trial underway as soon as possible, despite all of the delay tactics the U.S. government continues to try to use,” Sophie Kivlehan, 19-year-old plaintiff from Allentown, Pennsylvania said. “I am so excited to have an official trial date on the calendar again so that we can finally bring our voices and our evidence into the courtroom!”