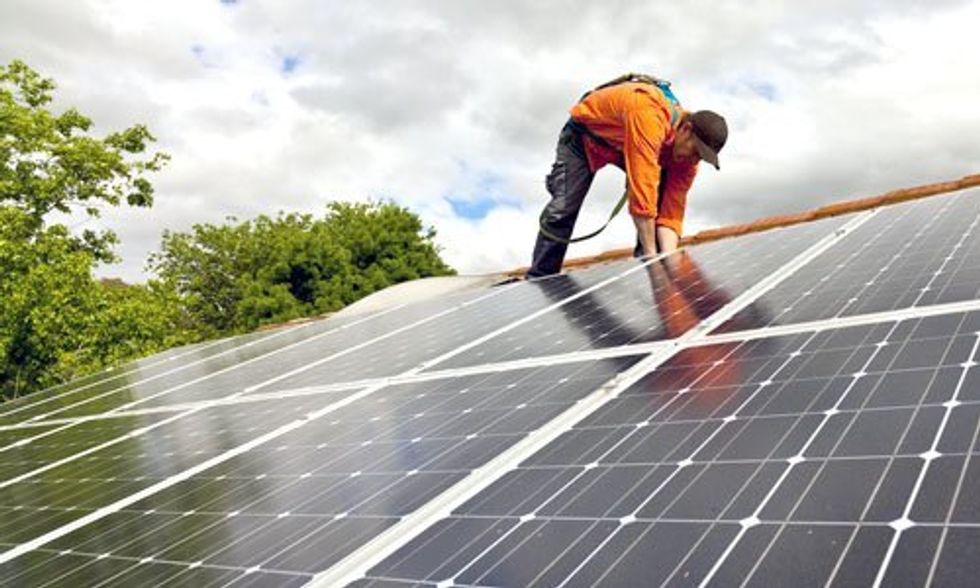 Nassau, New York, a town of 5,000 people just outside of Albany, New York, plans to disconnect from the electrical grid. Last week, the town board voted to get 100 percent of its power from renewables by 2020. The town is making the move both as a way to "increase its reliance on renewable sources of energy and to gain some energy independence," Politico New York reported.

Nassau, New York plans to use a combination of rooftop and ground-mounted solar, wind turbines and methane-capture at landfill to generate its electricity.
Photo credit: Shutterstock

“It’s not the be-all to end-all for what we should be doing as a state and a nation, but it’s a good first step,” he said. “From a practical perspective, it’s possible,” he added. “We have a lot of 'people resources' in our community.”

The town plans to use a combination of rooftop and ground-mounted solar, wind turbines and methane-capture from the landfill to generate its energy.

Though the tiny town's transition to renewables may not have the impact of, say, New York City going fossil-fuel-free (Mayor Bill de Blasio has pledged for municipal operations to run on 100 percent renewable energy before 2050), it's just one of many cities and towns around the world making the transition.

"The state Department of Public Services wants more towns to follow Nassau’s lead. Through its Reforming Energy Vision (REV) initiative, the Cuomo administration is actively working to help municipalities—especially towns and schools—move toward getting a significant portion of their power from renewable resources. REV is designed to make the energy grid more efficient and increase its reliance on renewables, and it is intended to give consumers more choices than they have now. This is exactly the kind of thing REV is hoping to encourage. Smaller, cleaner power systems are less costly and cleaner alternatives to the bigger power stations that have made up the power grid."

Several countries around the world have hit impressive benchmarks for renewables in just a few short years. And many places have already made the transition to fossil-fuel-free electricity. Samso in Denmark became the world's first island to go all in on renewables several years ago. Most recently, Uruguay, three U.S. cities—Burlington, Vermont; Aspen, Colorado; and Greensburg, Kansas—along with Kodiak Island, Alaska, have all made the transition.