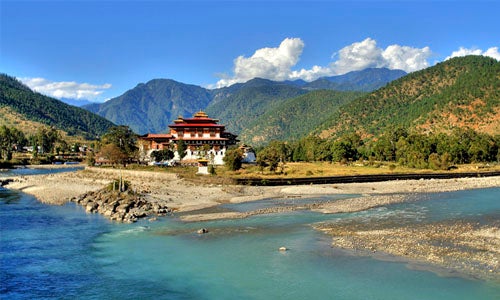 Bhutan is often overlooked by the international community. The small nation lies deep within the Himalayas between China and India, two of the most populated countries in the world.

But the country of about 750,000 people has set some impressive environmental benchmarks. As we’ve written about in the past, Bhutan is not merely carbon neutral, it’s also a carbon sink—making it one of the few countries in the world to have negative carbon emissions. 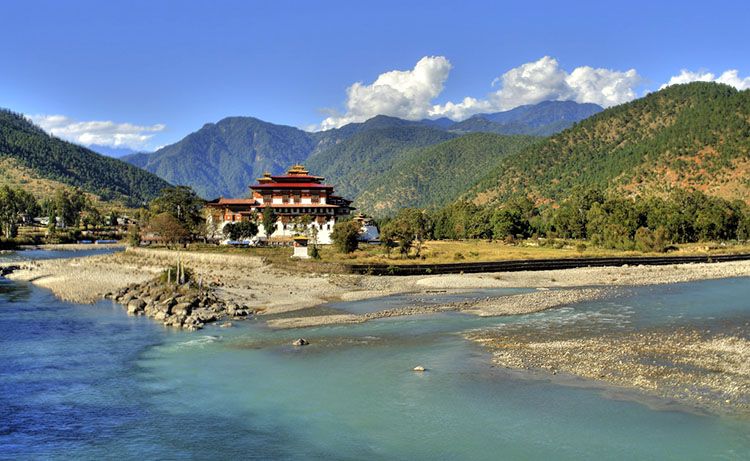 The Punakha Dzong (the Palace of Great Happiness). It’s located at the confluence of Mo Chhu and Pho Chhu (Mother and Father rivers) in Bhutan. Photo credit: Marina and Enrique / Flickr

This means the country’s carbon sinks, such as its forests, absorb more carbon dioxide each year than its sources of pollution, such as factories, emit.

“According to recent figures, the country emits around 1.5 million tonnes of carbon annually, while its forests absorb over 6 million tonnes,” Proudly Carbon Neutral said.

To boot, Bhutan is aiming for zero net greenhouse gas emissions, zero-waste by 2030 and to grow 100 percent organic food by 2020. The Himalayan nation is currently 72 percent forested and the constitution requires that no less than 60 percent of it remains forested. It has even banned export logging.

Trees hold special value in Buddhism, the nation’s dominant religion. Last June, a team of 100 volunteers set a world record for planting 49,672 trees in just one hour. And earlier this month, to celebrate the birth of the first child of King Khesar and Queen Jetson, all 82,000 households in Bhutan planted a tree, while volunteers planted another 26,000 in various districts around the country, for a total of 108,000 trees.

Planting trees with thousands of volunteers to celebrate the birth of HRH, our Gyalsey. Well done Tendrel Initiative pic.twitter.com/i0hxFF9EHa

Bhutan also refuses to judge its success on Gross Domestic Product, instead using an index that measures Gross National Happiness.

Many have credited its Gross National Happiness index as part of the reason for the country’s strong commitment to environmental stewardship. Rather than focusing solely on economic indicators, the index measures prosperity by giving equal importance to non-economic aspects of well being. 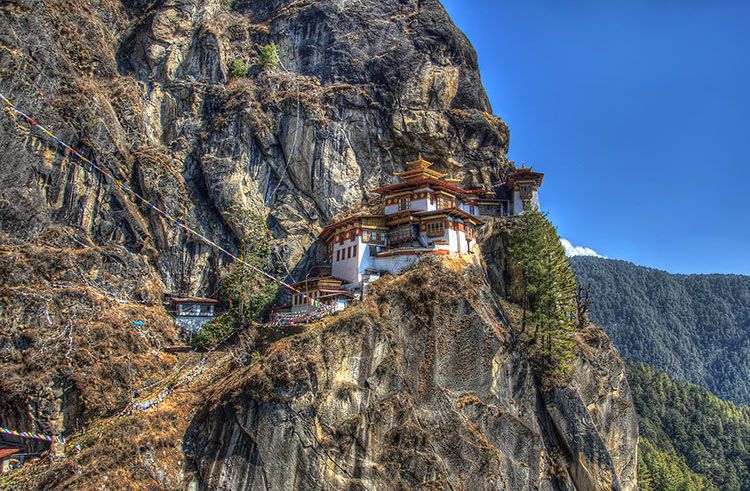 The country would also like to increase its share of renewables, while decreasing its reliance on hydropower and electricity imports in the winter. So, it’s currently exploring wind, biogas and solar.

And the Bhutanese government has formed a partnership with Nissan to provide hundreds of electric cars to the country—with the promise of thousands soon after. Bhutan’s Prime Minister Tshering Tobgay wants to eventually convert all of the country’s vehicles to electric power.

The nation is not without its problems of course, as Tobgay readily admitted in a TED Talk he gave last month. But the country is no doubt unique in a world that has too often valued economic growth above all else, often at the expense of the environment.

For more on how Bhutan emerged as an environmental leader, watch Tobgay share his country’s mission to put happiness before economic growth and set a world standard for environmental preservation in his TED Talk: