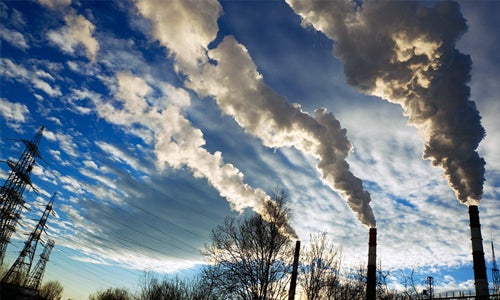 Fossil fuel companies have been misleading the public and policymakers about the risks of their products for decades. These corporations should obviously be held accountable.

It’s odd that we aren’t able to discuss this straightforwardly. After all, accountability is common for other industries. When companies mislead the public about the health effects of the drugs they market, for instance, we hold them accountable. 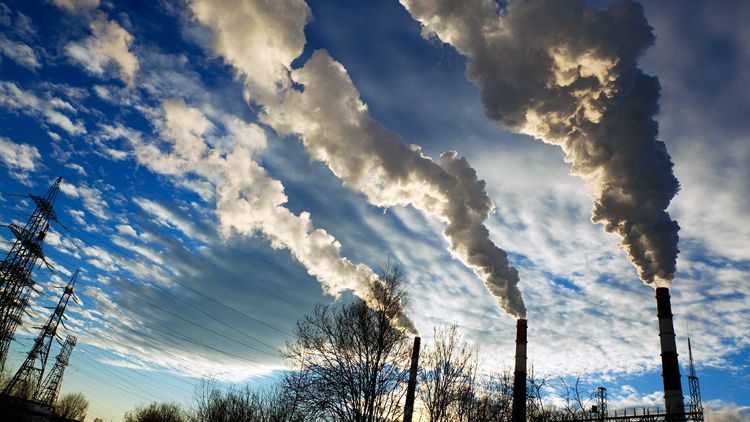 ExxonMobil and other fossil fuel companies chose to suppress what its own scientists knew. From 1979 to 1983, the American Petroleum Institute operated a scientific task force to study climate change. According to a researcher who worked on the project, it was taken out of scientists’ hands and quickly buried—and forgotten—until reporters rediscovered it just last year.

Similarly, when asbestos manufacturers misled the public about the cancers their product caused, they were held accountable. When Enron misled its customers and shareholders, it was held accountable. And when we learned that Volkswagen cheated consumers by secretly embedding an emissions control “kill switch” in it’s diesel vehicles, citizens and government officials swung into action to hold the company accountable.

Most significantly, when we discovered that the tobacco industry hid information about the addictive nature and deadly toll of cigarettes and systematically engaged in a decades-long campaign to misinform the public, we held the industry accountable.

Given this history, let’s be clear about what we now know regarding the fossil fuel industry’s history of deception on climate change.

As early as the late 1970s, executives at fossil fuel companies were well aware that burning oil, gas and coal could cause irreversible and dangerous climate change. Indeed, as early as 1981, ExxonMobil was weighing whether or not to develop carbon-intense gas reserves off the coast of Indonesia because of the climate risks associated with the project.

ExxonMobil and other fossil fuel companies chose, however, to suppress what its own scientists knew. From 1979 to 1983, the American Petroleum Institute operated a scientific task force to study climate change. According to a researcher who worked on the project, it was taken out of scientists’ hands and quickly buried—and forgotten—until reporters rediscovered it just last year.

Public agencies and university scientists were also tracking climate change around this same, of course, and the first high-profile climate hearings in the U.S. Congress occurred around 1988. That’s when fossil fuel industry lobbyists and executives started pouring more money into front groups and advocacy campaigns aimed at spreading doubt about climate science and blocking action to reduce emissions.

Leonard Bernstein, an ExxonMobil scientist who advised one of the industry’s public policy groups in the mid-1990s attempted to set the companies straight on climate science. He was rebuffed.

Despite executives’ claims to the contrary, many oil and coal companies continue to support groups like the American Legislative Exchange Council (ALEC), which spreads misinformation about climate science to state legislators, but denies that it denies climate science. And in the past few months, we’ve learned that now-bankrupt coal giant Alpha Natural Resources was funding a lawyer who has carved out a niche for harassing climate scientists.

If any other industry took such drastic steps to hide obvious risks from its products, would they find such ready defenders in the editorial pages of Rupert Murdoch‘s Wall Street Journal (WSJ)?.

Consider in this regard the deeply deceptive recent WSJ op-ed by David B. Rivkin Jr., who writes for the National Review and is a principal attorney in the fossil fuel industry attacks on the Environmental Protection Agency clean power plan, and Andrew M. Grossman, who represents the Competitive Enterprise Institute (CEI), an organization with long-established ties to both the fossil fuel industry and the tobacco industry before it, including its ongoing affiliation with Chris Horner, the very lawyer Alpha was funding to attack climate scientists.

The main defense Rivkin and Grossman muster in the face of calls to hold companies accountable for funding deceptive campaigns about their products is that under the First Amendment, the government cannot prevent them or the groups they work with from speaking out.

No doubt. But when state and U.S. prosecutors successfully sued the tobacco companies for systematically misleading the public about the risks their products caused, no one’s free speech rights were infringed. Instead, tobacco companies agreed to pay states for health care costs associated with their products, just as Volkswagen will have to pay its customers and other people who suffered from its deceptions.

The fossil fuel industry can and should be held accountable in the same way. And indeed, thousands of Americans are calling on state attorneys general and the Department of Justice to act.

Rivkin and Grossman also peddle falsehoods about me specifically. For example, they launder a popular myth in climate change denier circles that the famous “Hockey Stick” curve which my co-authors and I published sixteen years ago is “an artifact of [our] statistical methods.” The claim is flatly untrue.

Our key finding, that the recent warming trend is unprecedented over at least the past 1,000 years, has not only been overwhelmingly affirmed by more than a dozen subsequent studies, but has been vastly strengthened. There is now widespread consensus in the scientific community that recent warmth is unprecedented over an even longer time frame (for the full story behind fossil fuel industry-funded attacks on me and the hockey stick, read my book The Hockey Stick and the Climate Wars).

Perhaps more to the point, Rivkin and Grossman completely mislead readers about why CEI and the National Review are being sued by me. The lawsuit is not about their political stances or even their feelings or beliefs about climate policy or climate science. It focuses instead on their clients false, defamatory and libelous accusations that my work is fraudulent.

Indeed, given their affiliations with groups that have regularly attacked climate scientists, it’s quite galling to see Rivkin and Grossman compare themselves to Galileo Galilei, the famous Italian scientist who bravely insisted that the Earth orbited the Sun and not the other way around. Such ironic attempts by climate change deniers, anti-vaxxers and other science critics to usurp the mantle of legitimate scientific skepticism is so commonplace it has a name—the Galileo Gambit.

So let’s be clear about the facts: Galileo had the courage to speak truth to the powerful interests of his day in the Roman Catholic Church, just as two generations of scientists have tried to speak truth about climate change to executives and lobbyists in the fossil fuel industry.

The Catholic Church declared Galileo a heretic and placed him under house arrest. Oil industry lobbyists don’t have that kind of power, thankfully, so they merely suppressed internal climate research and started funding groups like CEI to publicly attack independent climate researchers, instead.

If he were alive today, Galileo would be appalled to witness industry shills attempt to wrap themselves in his legacy. He would not be on the side of powerful fossil fuel interests who fund attacks on scientific research; perhaps this time, ironically, he would be on the side of his Pope and the scientists whose council he regularly seeks, who respect facts and evidence and recognize the reality we live in for what it is.

Michael Mann is Distinguished Professor of Atmospheric Science at Pennsylvania State University and author of The Hockey Stick and the Climate Wars: Dispatches from the Front Lines and the recently updated and expanded Dire Predictions: Understanding Climate Change.