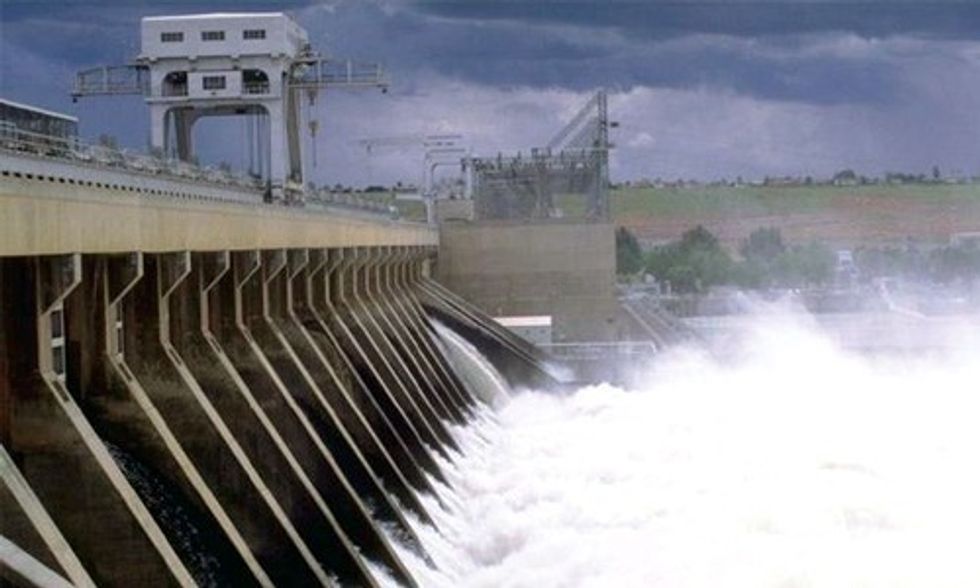 Climate change could threaten the electricity supply around the world, according to new calculations. That is because the power generation depends on a sure supply of water.

But climate change also promises greater frequencies and intensities of heat and drought. So more than half of the world’s hydropower and thermoelectric generating plants could find their capacity reduced.

The powerful flow of rivers such as the Columbia in Oregon, could be greatly reduced. Photo credit: National Weather Service Forecast Office via Wikimedia Commons

Michelle van Vliet, an environmental scientist at Wageningen University in the Netherlands, and colleagues from the International Institute of Applied Systems Analysis in Austria report in Nature Climate Change that they modeled the potential performance in the decades ahead of 24,515 hydropower plants and 1,427 nuclear, fossil-fueled, biomass-fueled and geothermal power stations.

Thermoelectric turbines—which generate power directly from heat, and rely on water as a coolant—and hydropower plants currently generate 98 percent of the planet’s electricity. But global water consumption for power generation is expected to double in the next 40 years as economies develop and the population continues to grow.

The scientists found that reductions in stream and river flow and the rise in levels of water temperature could reduce the generating capacity of up to 86 percent of the thermoelectric plants and up to 74% of the hydropower plants in their study.

This means that power from hydro stations could fall by 3.6 percent in the 2050s and 6.1 percent in the 2080s, because of reduced stream flow. And by the 2050s, the monthly capacity of most of the thermoelectric power plants could drop by 50 percent.

“This reduces the potential for both hydropower and thermoelectric power generation in these regions.”

Forewarned is forearmed: there are steps that the energy industry could take to make generation more efficient and to adapt to a world in which water supply might be constrained, at least for part of the year.

But the report suggests that the planning for a different tomorrow should start now. “In order to sustain water and energy security in the next decades, the electricity industry will need to increase their focus on climate change adaptation, in addition to mitigation,” Dr van Vliet said.

Keywan Riahi, energy programme director at IIASA and a co-author of the report, said: “This is the first study of its kind to examine the linkages between climate change, water resources and electricity production on a global scale.

“We clearly show that power plants are not only causing climate change, but they might also be affected in major ways by climate.”