The Fracking Debate Takes a Bizarre and Morbid Turn 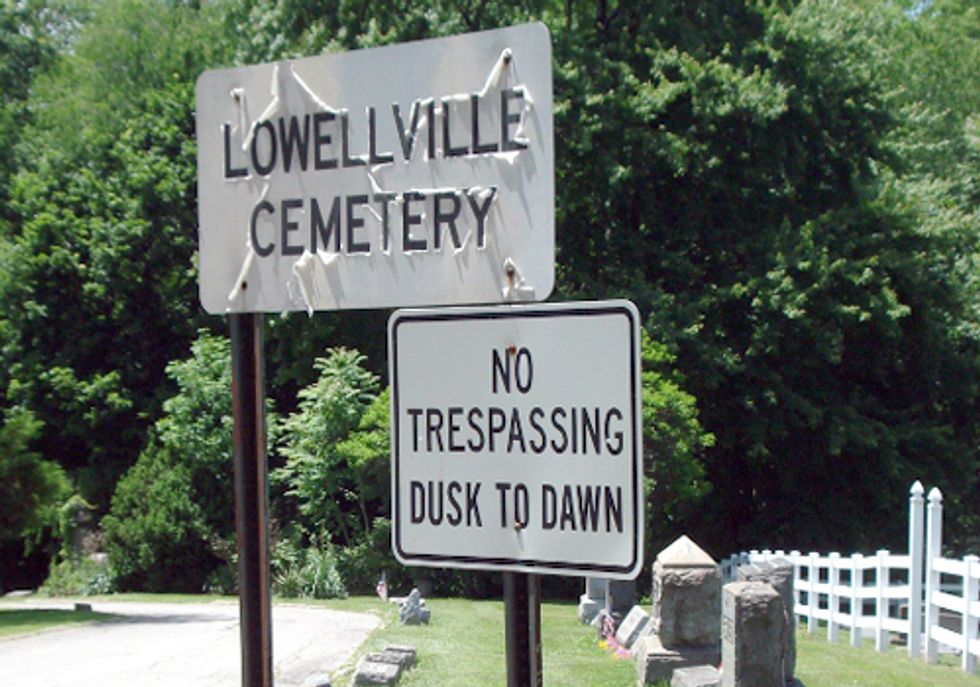 A proposal to lease the mineral rights underneath the Lowellville Cemetery in Poland, Ohio has created a bizarre and morbid turn on the fracking debate. Photo by Don and Margaret.

The fracking debate has officially taken a strange and morbid turn.

According to the Associated Press, township trustees of Poland, Ohio—a small, eastern Ohio enclave—have received a proposal to lease the mineral rights underneath the 122-year-old Lowellville Cemetery for $140,000 and a 16 percent share of royalties. Similar offers have been reported at other nearby cemeteries.

It seems that, in addition to friends, family and loved ones, there's a lot more beneath the surface. Rich deposits of natural gas locked into shale formations thousands of feet beneath the ground have invigorated a bizarre and polarizing debate around how to proceed.

Fracking in cemeteries is the latest in an expanding list of places that any sane person would think inconceivable to undermine, such as residential properties, playgrounds, schools and parks. In areas where fracking operations have moved forward, air quality is degraded, noise pollution skyrockets and water quality is dangerously compromised.

At this point, disrupting the final resting place of the dead seems a perfectly illogical extension of an ongoing debate that defies good sense.

"I think it's a dumb idea because I wouldn't want anyone up there disturbing the dead, number one, and, number two, I don't like the aspect of drilling," said Marilee Pilkington of Poland, Ohio, according to the Associated Press. Pilkington's father, brother and nephew are all buried in Lowellville.

John Campbell, an agent for Campbell Development LLC based in Fort Worth, Texas, declined a request for more information on his proposal. He said only that the offer was not accepted, according to the Associated Press.

Nearby residents of Youngstown, Ohio are fired up about the proposal in Poland after experiencing an equally bizarre string of earthquakes that the Ohio Department of Natural Resources linked to wastewater injection wells virtually pinpointed to the earthquakes' epicenters. Youngstown is now battling for a citywide drilling ban.

"You know what it is, it's emotional," said Poland Township Administrator Jim Scharville, according to the Associated Press. "A lot of people don't want any type of drilling. There's something about disturbing the sanctuary of a cemetery. We're not talking about dinosaurs now and creatures that roamed the earth millions of years ago. We're talking about loved ones who have died, people we knew."

Unfortunately, the case in Poland isn't unique. Cemeteries in Pennsylvania and Texas have already been drilled.