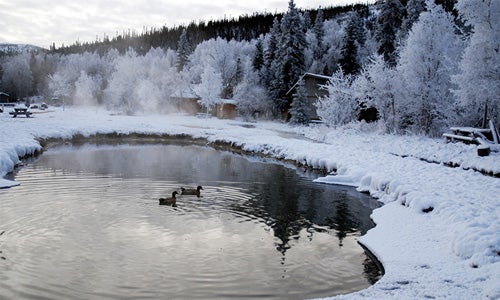 There’s nothing better than soaking in warm water. Well, other than doing it with an awesome view. Hot springs provide both. Here’s a list of nine incredible hot springs around the world.

This beach got its name from the naturally heated mineral water that emerges through its sand at low tide. The best time to visit this beach is two hours on either side of low tide. You can still enjoy the beach itself at other times, but you won’t be able to build your own hot springs. Simply bring a shovel and dig the hot spring that’s just right for you. If you get too hot, the ocean will help you cool down. 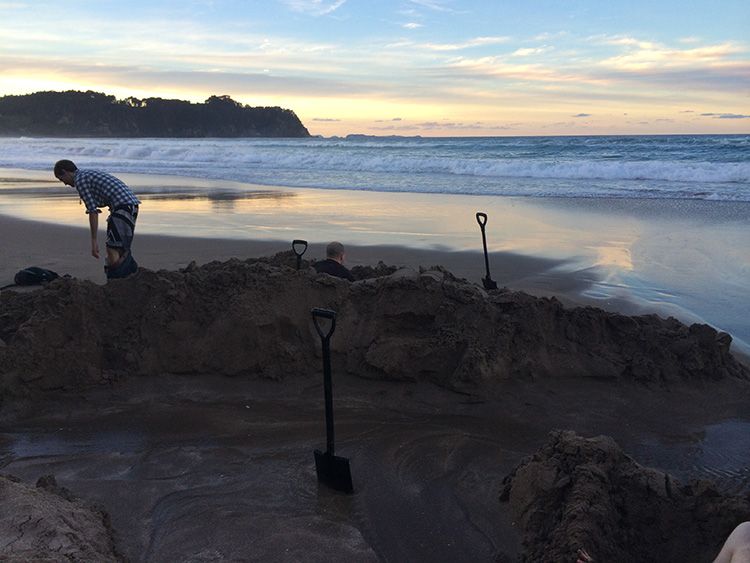 Originally discovered by gold miners in 1905, Chena Hot Springs was the place to go for residents of the growing town of Fairbanks. Now, the Chena Hot Springs are part of a privately owned 440-acre year-round resort in the Alaskan town, according to Travel Alaska’s website. The springs are at the center of a 40-square-mile geothermal area and produce water at 165 degrees Fahrenheit. The water is cooled before people are allowed to sit in it. The resort also has a boulder-ringed lake that gives visitors premium seating for the northern lights in the winter. 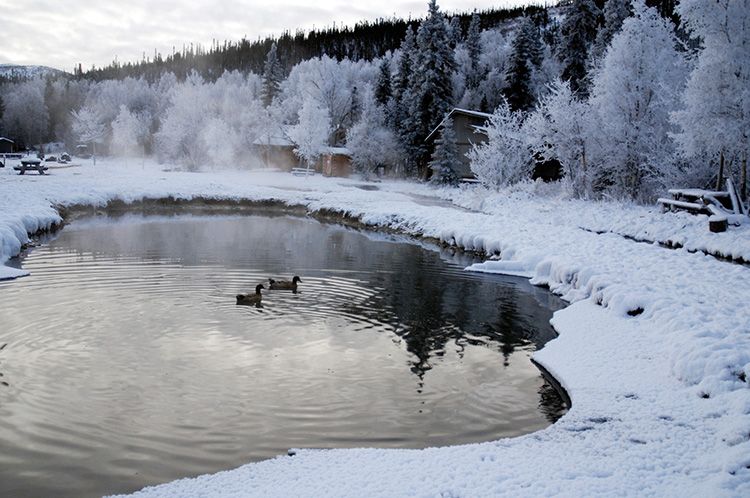 Thermae Bath Spa is home to Britain’s only natural thermal waters, according to the spa’s website. The spa is “where past, present and future” come together. The Celts and Romans used to enjoy these same hot springs more than 2,000 years ago. Thermae Bath Spa also offers a range of spa treatments for customers. 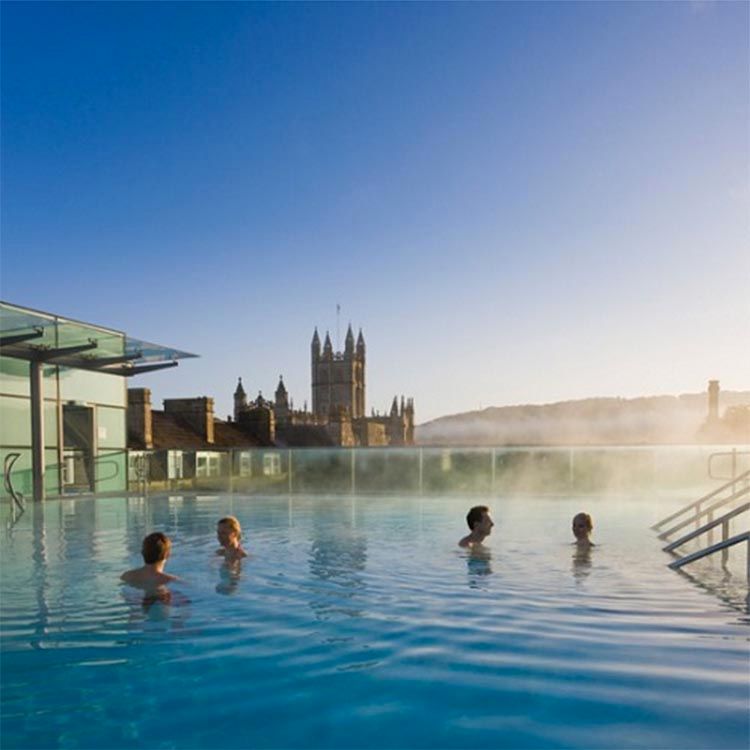 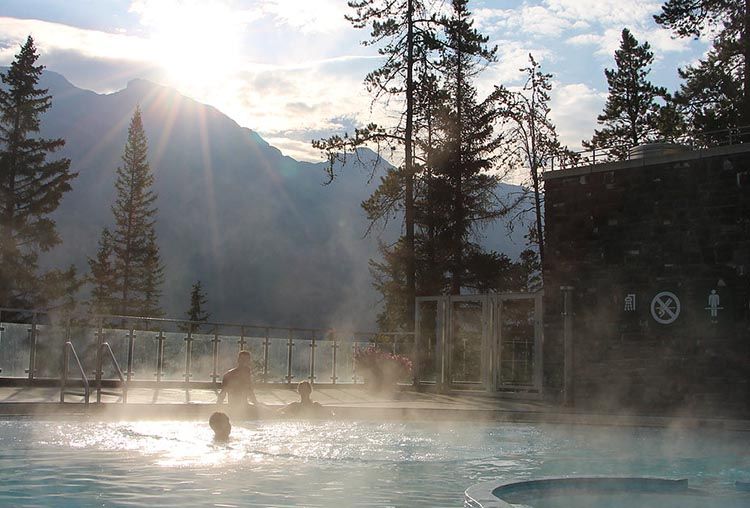 The seawater lagoon, filled with 9 liters of self-replenishing water, was formed in 1976 during the operation of a nearby geothermal power plant. Soon afterward, people started bathing in the hot spring and applying the silica mud they found there to their bodies. The silica mud became famous for helping people with psoriasis gain some relief. The mud is used in spa treatments today. Water temperatures range from 37 degrees Celsius (98 degrees Fahrenheit) to 40 degrees Celsius (104 degrees Fahrenheit) year-round. 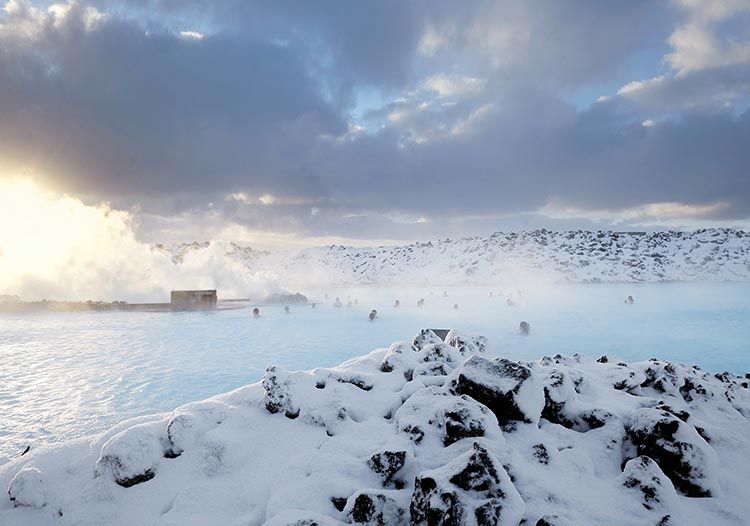 The town of Saturnia is home to thermal baths feed by several natural hot springs—as if Italy needed another beautiful attraction. The thermal baths were once used by the Etruscans and Romans, according to Discover Tuscany’s website. There is a legend that hot springs are born “in the exact point where Jupiter’s thunderbolt fell in a battle against Saturn,” the website says. The thermal baths maintain a temperature of 37.5 degrees Celsius (99.5 degree Fahrenheit). There are also two waterfalls feed by the baths, the Cascate del Mulino and Cascate del Gorello, which are open to the public year-round. 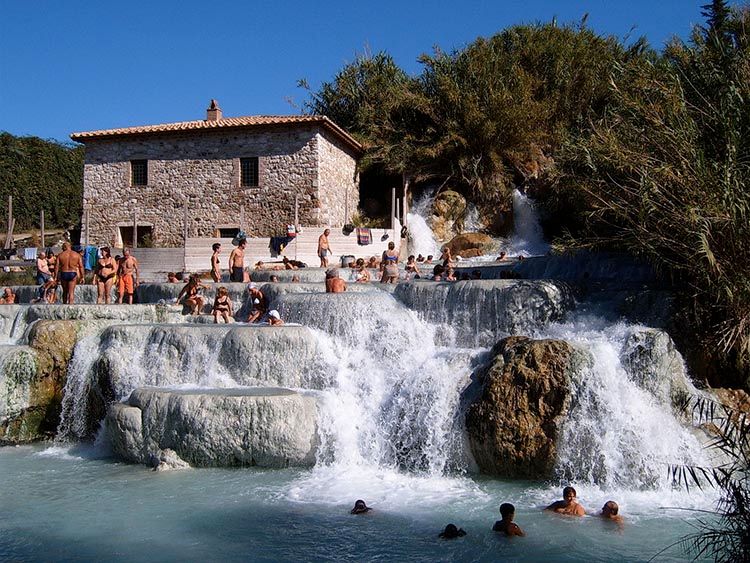 While Antarctica isn’t a big vacation location, a natural hot spring on a rather cold continent could change your mind. Deception Island is an active volcano with steaming beaches, glaciers and a flooded caldera in the South Shetland Islands. More than 57 percent of the island is covered in permanent glaciers. Springs flow into the center of the horse-shoe shaped island to create lakes, including Kroner Lake, the only geothermal lake in Antarctica. 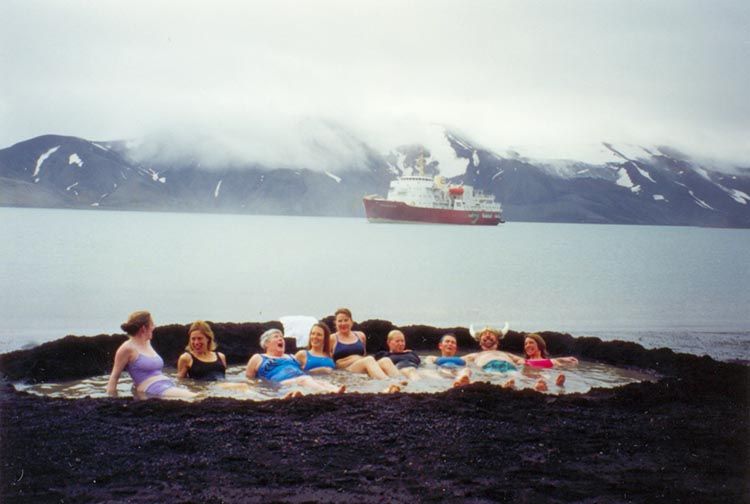 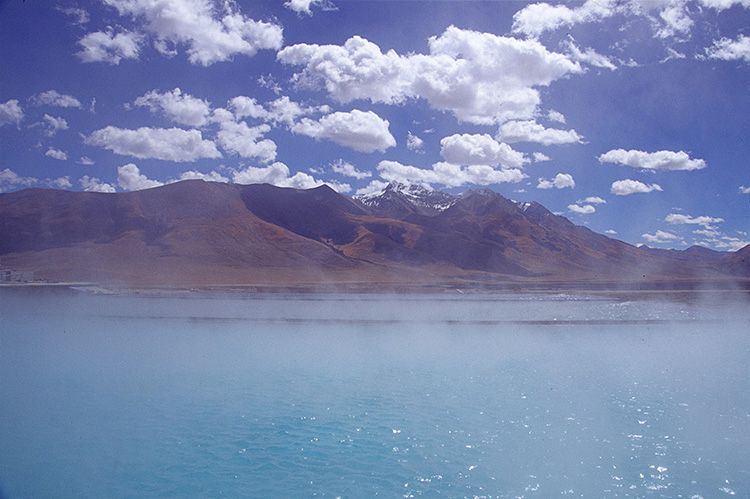 Dunton Hot Springs is set in a restored ghost town in an alpine valley across the mountain from Telluride, according to the hot springs’ website. The hot springs cover an area of 0.3-square miles. After miners found the original spring, they dynamited the springs and directed them to the bathhouse. The land is also home to Colorado’s only geyser, which erupts every 45 minutes. 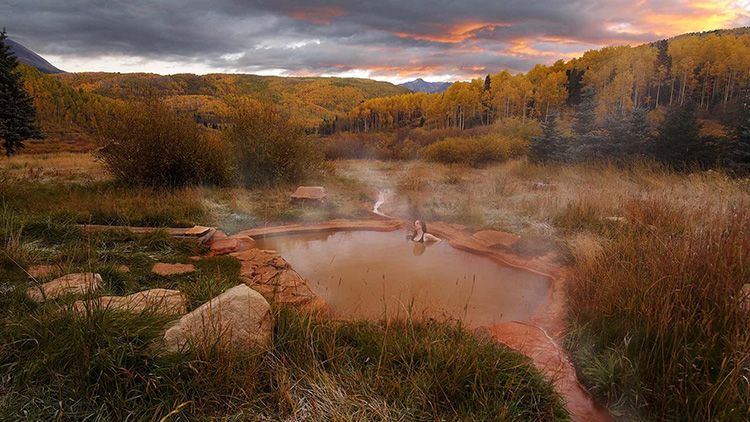