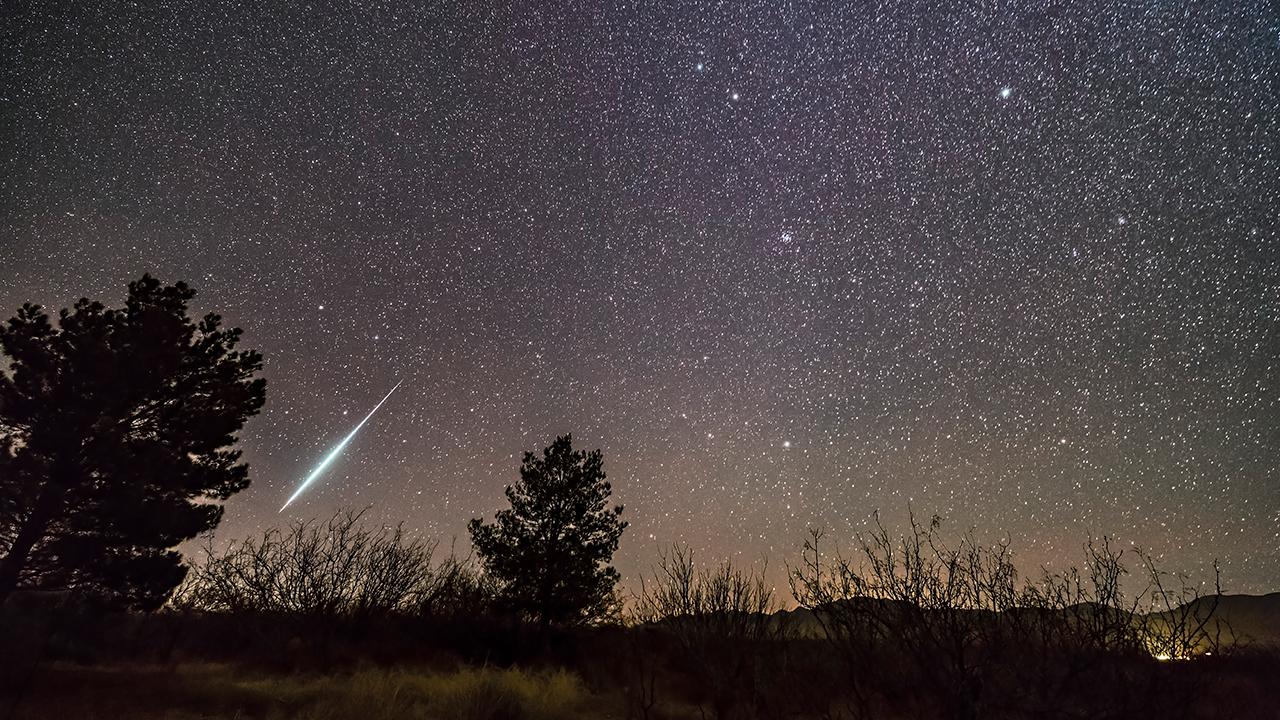 The Geminid meteor shower, one of the most reliable and active meteor showers of the year, will peak on the night of December 13 into the early morning of December 14. The Geminids display can produce over 100 meteors per hour under ideal conditions.

“The Geminids, which stem in name from the constellation Gemini, are a meteor shower caused by the rock comet 3200 Phaethon, which is thought to be a Palladian asteroid with a ‘rock comet’ orbit,” reported Scott Gleeson of USA Today. “The Geminids are one of the only major meteor showers not originating from a comet.”

About 10 to 15 meteors per hour will begin to be visible just after dark and will increase as the night goes on. This year, the gibbous moon will be bright earlier in the evening, but viewers will have an opportunity to see more shooting stars after it sets.

“The best hourly rates (around 40) will be seen just after moonset around 2 a.m. local time [wherever you are],” Robert Lunsford, editor of the American Meteor Society journal, told AccuWeather.

If you’d prefer not to stay up until the wee hours of the morning, “the evening hours are the best time to try to catch an earthgrazer,” reported Deborah Byrd and Kelly Kizer Whitt of EarthSky.

“An earthgrazer is a slooow-moving, looong-lasting meteor that travels horizontally across the sky. Earthgrazers are rarely seen but prove to be especially memorable, if you should be lucky enough to catch one,” Byrd and Whitt wrote.

The Geminids’ radiant point is near the constellation Gemini, but the meteors can be seen in any part of the sky. Focusing on a darker section, away from the moon, is recommended. A bonus with the Geminids is that they can produce meteors of different colors, depending on the elements they’re made of.

“As the meteors burn up while entering Earth’s atmosphere, the different elements emit different colors. Some shooting stars can even feature multiple colors,” Brian Lada of AccuWeather reported.

“Strong showers such as the Geminids and Perseids offer a better opportunity of seeing colorful meteors only because there are more of them over the entire brightness range to be seen,” wrote Lunsford.

Geminids “meteors burn up in the upper atmosphere some 60 miles (100 km) above Earth’s surface,” Byrd and Whitt reported.

It will be the first time much of the eastern U.S. will see clear conditions during the Geminids meteor shower since 2014.

“Watching for 30 minutes or more will provide a better view of the overall activity,” Lunsford said. “Meteor [showers] have peaks and valleys of activity. If you watch for only 15 minutes, you may be viewing during one of the lulls of activity and see very little.”

The Geminids meteor shower will also be viewable from indoors beginning at nine p.m. ET, as “NASA will livestream the night sky through its meteor camera at NASA’s Marshall Space Flight Center in Huntsville, Alabama,” Gleeson reported.

The Ursid meteor shower will provide an additional sky show, with its peak on December 21, the night of the winter solstice, into December 22. The Ursids “typically [feature] around 10 meteors per hour,” Lada reported. “This is followed up by the Quadrantids on the night of Jan. 2 into Jan. 3, which can spark over 20 meteors per hour.”