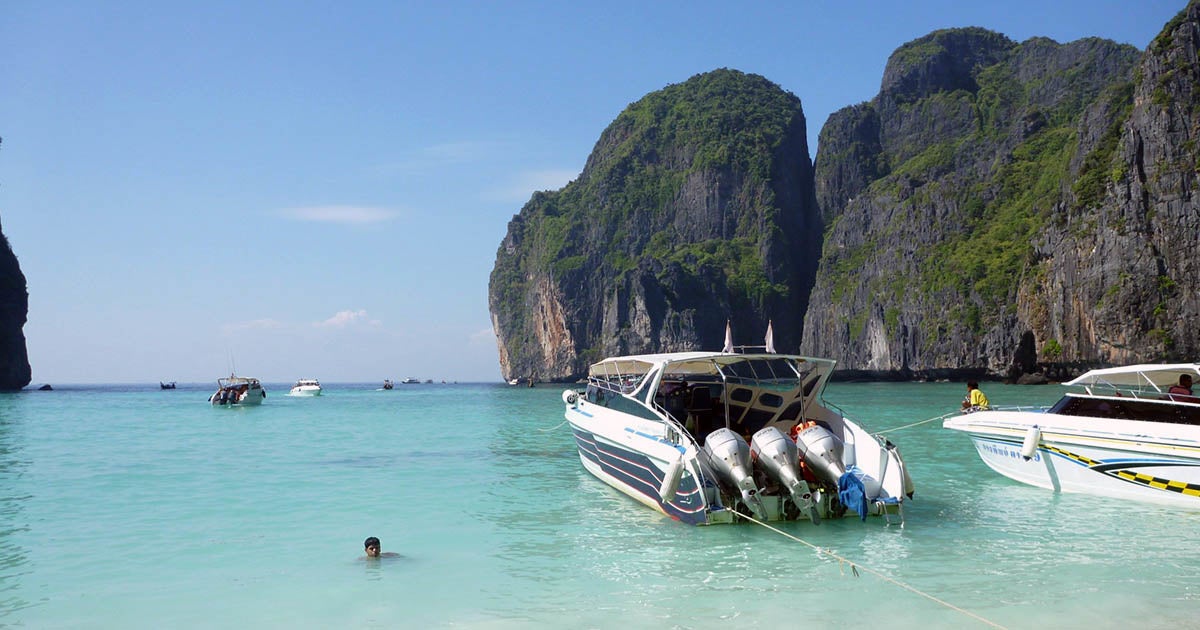 Thailand’s iconic Maya Bay, made popular by the Leonardo DiCaprio film The Beach, will be closed to tourists indefinitely, CNN Travel reported.

The beach had been closed temporarily since June 1 to restore the damage done by more than a million yearly visitors, but on Tuesday Thailand’s Department of National Parks, Wildlife and Plant Conservation (DNP) announced the closure would continue “until natural resources return to normal.”

The announcement came in the form of a letter signed by DNP director-general Thanya Nethithammakul.

“The ecosystem and the beach’s physical structure have [not] yet returned to its full condition,” the letter said, in Thai.

The beach, visited for its golden sands and clear blue water surrounded by the dramatic cliffs of Ko Phi Phi Leh island, shot to prominence following the release of the 2000 DiCaprio film. It drew as many as 5,000 visitors and 200 boats daily and generated 400 million baht (approximately $12.4 million) a year, The Guardian reported.

But the beach’s popularity was less profitable for its coral reefs. It is estimated that pollution from litter, boats and sunscreen destroyed 80 percent of the coral around the bay.

Because Maya Bay has no hotels and forbids overnight stays, all of that damage is caused by day-trippers, often boating in from nearby Phuket, CNN reported.

“It’s very difficult to remedy and rehabilitate because its beach was completely destroyed as well [as] the plants which cover it,” national parks director Songtam Suksawang told The Guardian.

He further said the original four-month recovery timeline was “impossible,” a belief that was shared by environmental groups when that timeline was first announced, since coral only grows by half a centimeter a year.

“More than 1,000 corals are being installed at Maya Bay. Trees are also being planted on land nearby. Experts realize that it is too fast to open Maya Bay at this stage,” Worapoj Lomlim, chief of the park that includes Maya Bay, told The Thaiger.

The pollution that accompanies tourism has been a growing problem for beaches in the region. Indonesia declared a “garbage emergency” this year after a video of a diver encountering plastic off the coast of Bali went viral. Meanwhile, the Philippines closed its famous Boracay Bay for six months in April, and President Rodrigo Duterte called the resort area a “cesspool,” The Guardian reported.

Unlike Maya Bay, Boracay is on schedule to reopen in stages starting this month, CNN reported.