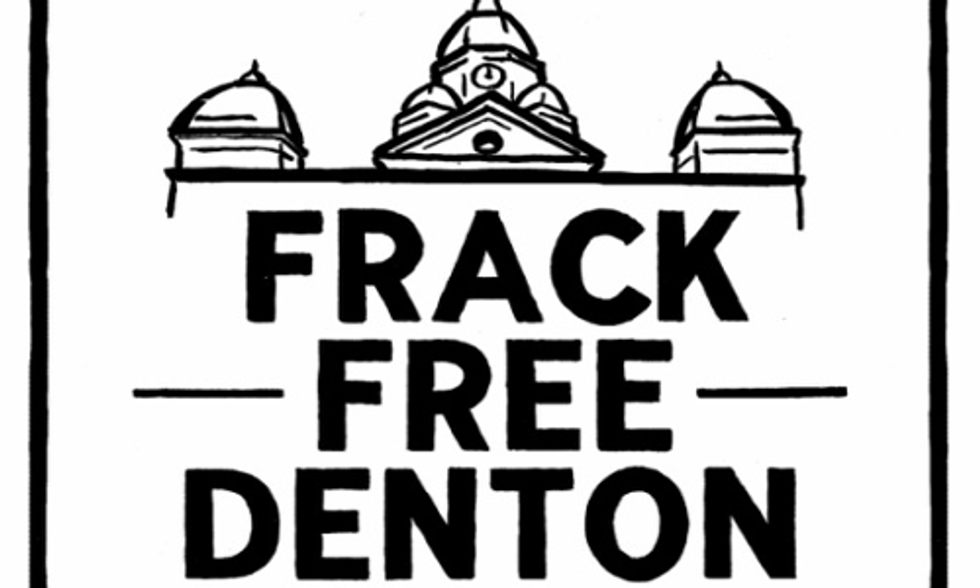 The Denton Drilling Awareness Group (Denton DAG) today announced they are collecting signatures for a ballot initiative to ban hydraulic fracturing within city limits. If approved by voters, Denton would become the first major Texas city to ban fracking, and the first city in the country to ban fracking after permits had been previously granted.

“The city and the state have repeatedly failed us,” said Maile Bush, whose family is impacted by fracking-enabled oil and gas development. “My family is breathing horrible fumes, we can’t enjoy our property and we’re trapped because no one else wants to live here. To protect our homes and our health, we’ve got no choice but to ban fracking.”

Denton DAG is comprised of members of the former Denton Drilling Advisory Group—which was formed at the request of a city government official to provide expert and public input while the city council developed drilling ordinances.

“We are out of options—the city is allowing fracking to happen right in our backyards,” said Denton DAG member Cathy McMullen. “When fracking-impacted residents call with problems, the city passes the buck.”

To get on the ballot, fracking-ban supporters must gather 571 signatures within 180 days. Denton DAG members have reason to expect they can exceed that mark, as increasing numbers of Denton residents are concerned about fracking in their neighborhoods.

“I’ve been working with Denton residents since 2009 trying to get the city to pass regulations that would allow drilling and still protect community health,” said Earthworks’ Texas Organizer Sharon Wilson.

“Enough is enough," continued Wilson. "When this ban passes, the fracking industry will have its own bad behavior, and city’s stonewalling, to blame.”

Hundreds of municipalities across the country have passed bans or moratoriums on fracking, but none with the extent of fracking already occurring as Denton. There are more than 270 active gas wells within the city limits of Denton. Only new fracking operations would be banned by this initiative, active wells would keep operating.