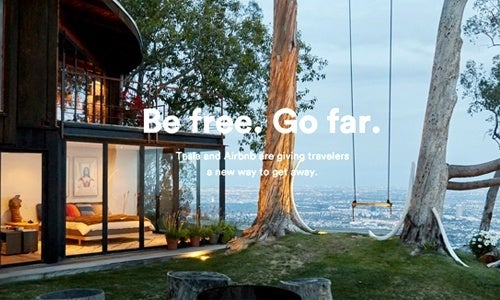 Airbnb and Tesla Motors are “giving travelers a new way to get away.” Last week, the companies announced a partnership that will bring charging stations to select homes across the globe, starting with the California coast. “Together, we’re building a world with no limits to how far you can travel and how you get there,” says Airbnb. “From remote deserts to lush forests, we’re unlocking highways, backroads, adventures and unique homes.”

Sounds great, but how does it work? Airbnb hosts that are interested in adding a Tesla charger to their home can apply to have a charger installed in their home. To qualify for the initial phase, hosts must live in California, have five verified bookings and a rating of higher than four stars. If you are selected by Tesla, they will cover the cost of the charger but you have to cover the cost of the installation. Then, Airbnb will list you as a “Tesla-ready property” on their site, so Tesla drivers know that they can charge up while they stay with you. It only take a few hours for Tesla’s Model S to charge to its full 270-mile range. 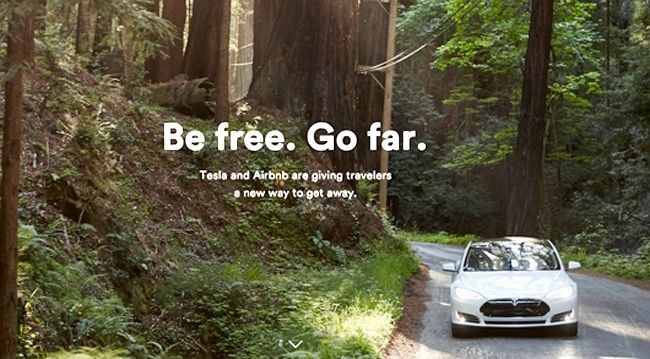 Tesla and Airbnb have partnered up to bring charging stations to Airbnb rentals. Photo credit: Airbnb 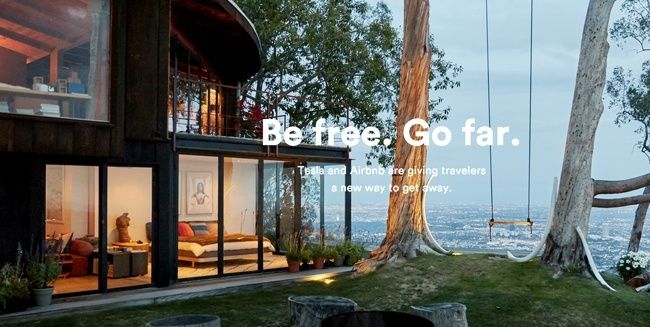 Now Tesla drivers can plan where they stay according to which Airbnb rentals have charging stations. Photo credit: Airbnb

To be as user-friendly as possible, Zachary Shahan at Clean Technica suggests that Airbnb add the “Tesla-ready property” as a symbol in the amenities section on a listing, which looks like this: 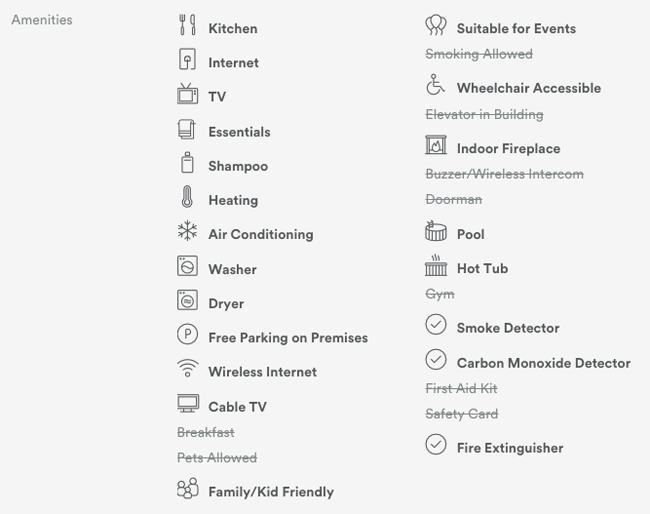 The partnership is all part of Tesla’s efforts to expand charging stations for its electric vehicles to combat “range anxiety,” the fear among drivers that electric vehicles can’t go far enough between charges. Charging stations will be installed at a minimum of 100 Airbnb properties, including 30 high-end ones, during the first phase. To date, Tesla has a total of 499 Supercharger Stations and 2,810 Superchargers worldwide, along with several destination chargers and home plug-in chargers.