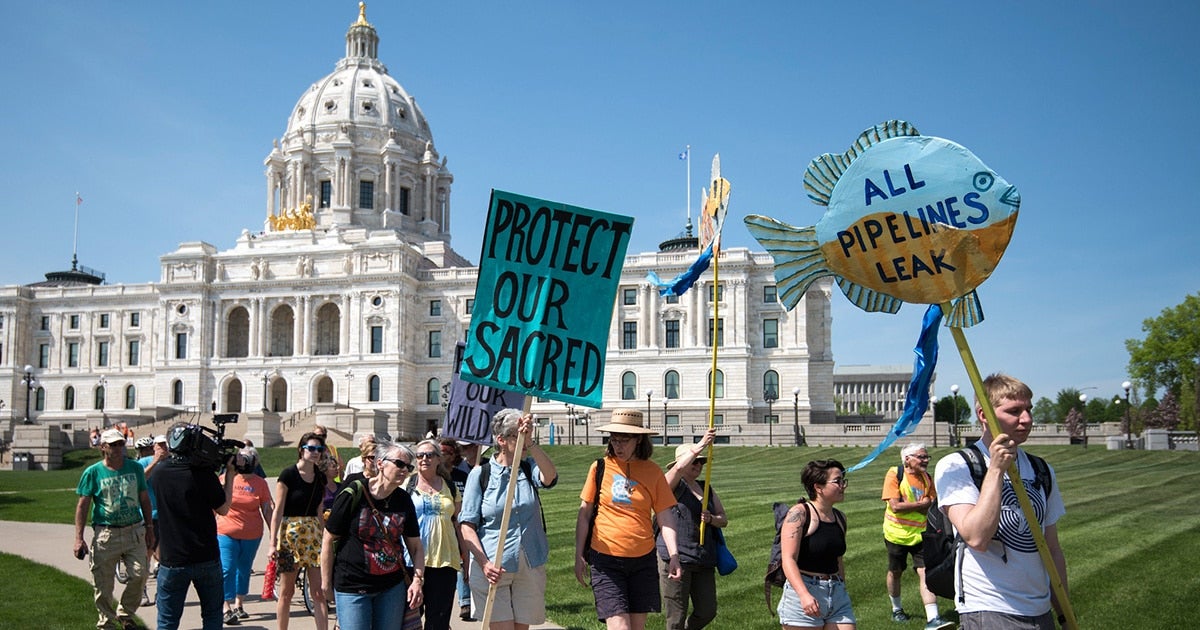 We know that people power can stop dangerous fossil fuel projects like the proposed Line 3 tar sands oil pipeline in Minnesota, because we’ve proved it over and over again — and recently we’ve had two more big wins.

In Oregon, a powerful coalition of tribes, landowners and activists has been resisting the proposed Jordan Cove LNG and Pacific Connector pipeline project for years, pressuring Oregon’s Gov. Kate Brown to block the project. Earlier this month, the Oregon Department of Environmental Quality denied a crucial water permit for the huge fracked gas project, dealing it a “potentially fatal blow,” in the words of the coalition.

This was followed by a major win in New York last week, as Gov. Andrew Cuomo’s administration denied a water permit for the Northeast Supply Enhancement gas pipeline, better known as the “Williams Pipeline.” The rejection of this permit follows a string of important victories for the anti-pipeline movement in New York, sends Williams back to the drawing board, and increases pressure on New Jersey’s Gov. Phil Murphy to deny permits for that state’s section of the fracked gas pipeline.

In Minnesota, Gov. Tim Walz and Lt. Gov. Peggy Flanagan have the chance to show the same kind of real leadership by strongly opposing the massive Line 3 tar sands pipeline that would threaten Minnesota’s water, impose on treaty rights and wreck the climate. But they’re not going to take action without hearing from thousands of people from all corners of Minnesota and from across the country.

In April, Donald Trump signed two executive orders aimed at gutting clean water protections, silencing people’s voices and making it easier for fossil fuel companies to build dangerous pipelines like Line 3. These executive orders and the big win in Oregon are clear signs that our strategy is working. Nationwide, people-powered resistance is raising the bar for climate leadership and keeping fossil fuels in the ground. 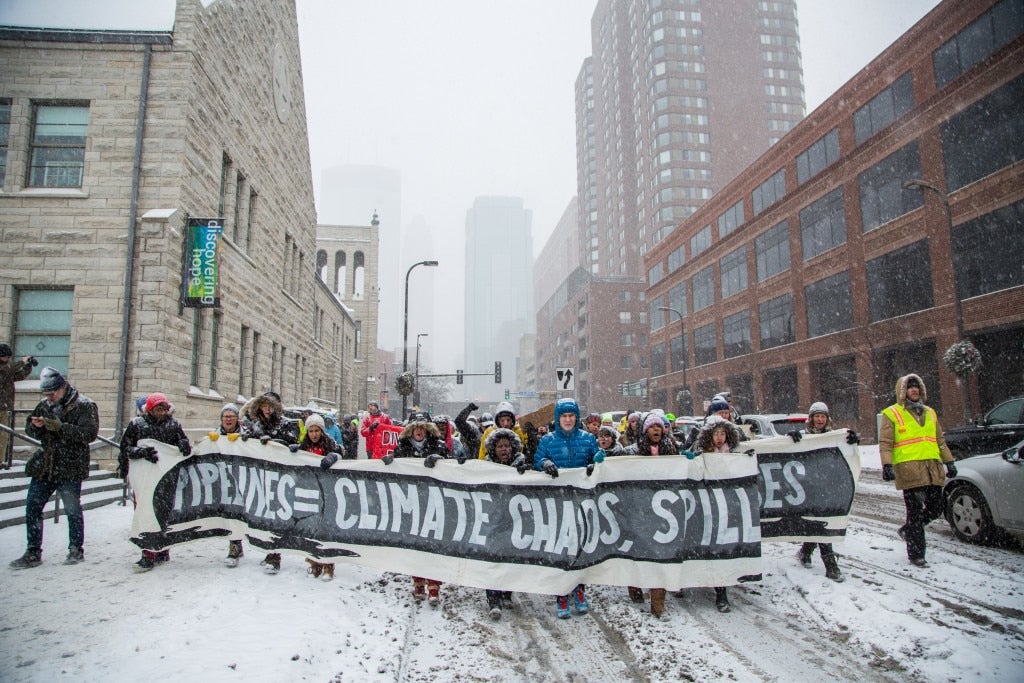 The Line 3 pipeline would cross over 200 bodies of water in Minnesota, including two crossings of the iconic Mississippi River. Allowing Line 3 to move forward would put Indigenous rights, precious water and the climate at deadly risk. Pipeline owner Enbridge wants to force Line 3 from Alberta to Wisconsin through the sacred wild rice beds and treaty territory of the Anishinaabe people, crossing multiple Canadian provinces and three U.S. states.

Gov. Walz and Lt. Gov. Flanagan have shown willingness to question Line 3’s permits before, but they’ve yet to take a definitive stand against the pipeline and commit to stopping it. Walz has said that Line 3 needs a “social permit” in order to be built — so now it’s the job of the indigenous and climate justice movements to make it clear that the public is strongly opposed to this tar sands project.

Thousands of people have already signed petitions, made calls to the governor’s office, and shown up in person to urge Gov. Walz and Lt. Gov. Flanagan to “#StopLine3” since they took office earlier this year, but more pressure is still needed. Oil Change is joining local partners in Minnesota and other national groups to make one thing very clear: Climate leadership in Minnesota means that Line 3 must be canceled for good.

Click here to send a message to Minnesota’s leaders — Line 3 must never be built, and real leadership means standing with the people against Big Oil’s dirty tar sands.

In light of reports on what’s needed to limit global warming to 1.5 degrees Celsius, preventing tar sands oil from being extracted and burned is more crucial than ever. Our new report on U.S. extraction, released in January, makes it clear that continued oil and gas production could wreck the world’s chances of achieving climate goals. It’s time for a rapid and just phase-out of fossil fuel extraction if we’re going to meet these goals, and that starts with rejecting dirty projects of the past like Line 3, and investing in real, community-led solution for a clean-energy future that respects Indigenous rights and Mother Earth.