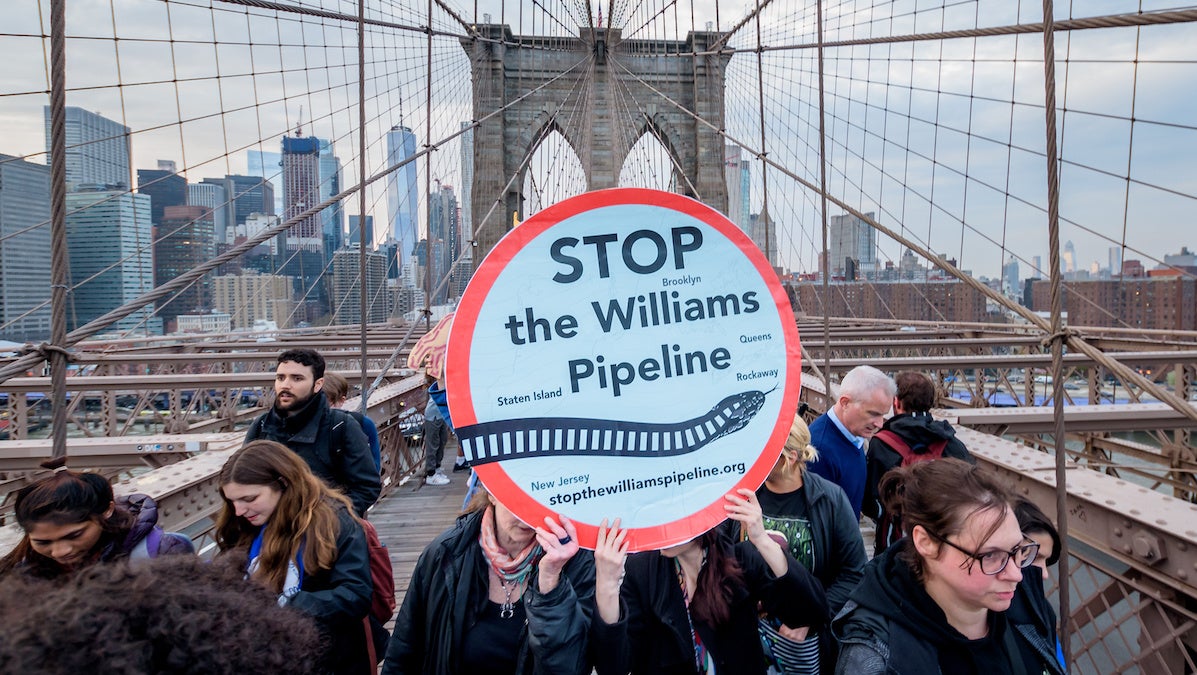 New York state has rejected the controversial Williams pipeline that would have carried fracked natural gas from Pennsylvania through New Jersey, running beneath New York Harbor and the Atlantic Ocean before connecting to an existing pipeline system off Long Island.

“New York is not prepared to sacrifice the State’s water quality for a project that is not only environmentally harmful but also unnecessary to meet New York’s energy needs,” DEC spokesperson Erica Ringewald said in a statement reported by POLITICO.

The decision is a victory for grassroots activists who have long campaigned against the pipeline. After Oklahoma-based company Williams submitted its most recent application, New Yorkers sent in more than 25,000 comments opposing the pipeline in two weeks, according to the Stop the Williams Pipeline Coalition.

“We know [New York State Gov. Andrew] Cuomo only did this because we pressured him to do so,” anti-pipeline campaigner Lee Ziesche told HuffPost. “At the end of the day, he still needs to make a plan to get New York off of gas.”

WE STOPPED THE WILLIAMS PIPELINE!

The rejection comes a little less than a year after New York state passed ambitious climate legislation requiring the state to achieve carbon neutrality by 2050. That deadline is one of the reasons that NYSDEC rejected the pipeline, according to POLITICO.

“While the Department recognizes that many building assets in the State currently rely on natural gas for heating and other energy uses, the continued long-term use of fossil fuels is inconsistent with the State’s laws and objectives and with the actions necessary to prevent the most severe impacts from climate change,” DEC wrote in a letter explaining its decision. “Without appropriate alternatives or GHG mitigation measures, the Project could extend the amount of time that natural gas may be relied upon to produce energy, which could in turn delay, frustrate, or increase the cost of the necessary transition away from natural gas and other fossil fuels.”

NYDDEC also said that construction would disturb toxic sediments like copper and mercury and harm habitats like shellfish beds.

“We continue to believe that the fundamentals of our project align with New York’s clean energy goals because it would have improved local air quality and, at the same time, supported economic development and led to lower heating bills,” Williams said in a statement reported by NJ.com.

New York utility National Grid has argued that the pipeline is necessary to meet growing demand, according to HuffPost, but a study released in April by the Institute for Energy Economics and Financial Analysis found no evidence this was the case.

While the Williams pipeline, officially called the Northeast Supply Enhancement Pipeline, has been rejected before by both New York and New Jersey officials, this rejection is more final, HuffPost explained. The previous rejection was without prejudice, meaning the pipeline owners were invited to reapply if they addressed environmental concerns. Friday’s rejection was with prejudice.

“That’s the end of the line,” anti-pipeline campaigner and former NYSDEC regional director Suzanne Mattei told HuffPost. “A denial with prejudice means the department has determined the environmental impacts of the pipeline are unacceptable and that the company has not given it reason to believe that it can make changes to its proposal that would convert it into an acceptable proposal.”

The project received yet another blow later Friday, when New Jersey also denied the pipeline the permits it would have needed to cross the state, NJ.com reported.

“This month, new reporting from New York indicated that the energy needs proposed to be served by this project could be met through existing infrastructure, energy efficiency, and other means,” the New Jersey Department of Environmental Protection said in a statement Saturday. “With no compelling public need demonstrated, and a denial issued by New York, DEP denied approvals for the project on May 15, 2020.”