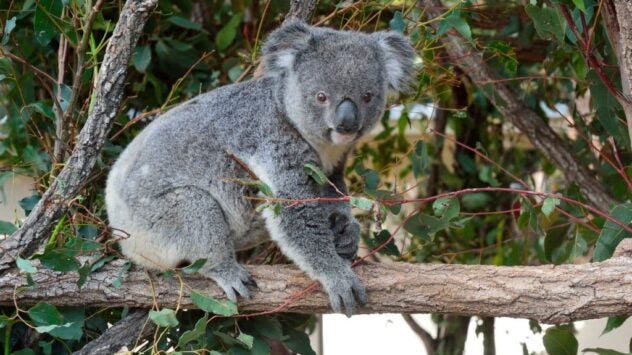 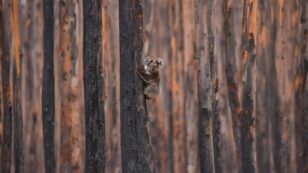 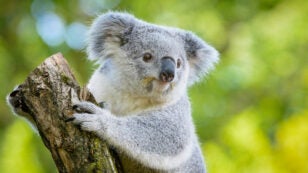 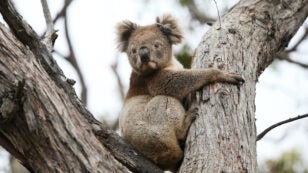 First Koalas Rescued From Bushfires Returned to the Wild 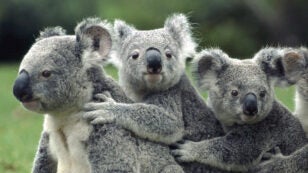 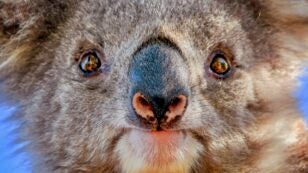 Australia‘s iconic koalas cannot catch a break. Nearly one third of the koalas in the state of New South Wales may have died in the country’s devastating wildfire season, according to the Australian Broadcasting Corp (ABC). And now, reports have emerged that dozens of the animals were killed at a timber plantation in the state […] 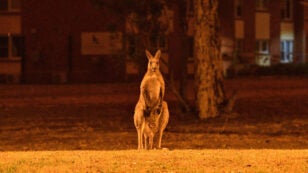 By Jake Johnson Ecologists at the University of Sydney are estimating that nearly half a billion animals have been killed in Australia’s unprecedented and catastrophic wildfires, which have sparked a continent-wide crisis and forced tens of thousands of people to flee their homes in desperation. News Corp Australia reported Wednesday that “there are real concerns […] 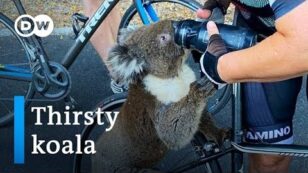 A thirsty koala suffering from the soaring temperatures in South Australia was helped out by a group of cyclists who stopped to offer it a drink from their water bottles. A video posted on Instagram by cyclist Anna Heusler shows the desperate marsupial climbing onto the frame of a bicycle to get a better sip. […] 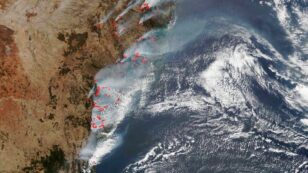 The bushfires that have been tearing through New South Wales and Queensland, decimating koala habitats, taxing the water supply, and choking the air since August have claimed six lives. Now, new NASA data shows that the fires have emitted 250 million tons of carbon dioxide, the equivalent of half thee country’s annual greenhouse gas emissions, […] 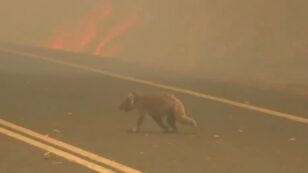 Lewis, the Koala Famously Rescued From Australian Bushfires, Has Died

Lewis, the koala who stole the world’s heart when a video of his rescue from Australian wildfires went viral, has died. The koala rose to fame when Australian grandmother Toni Doherty was filmed risking her life to carry him out of the flames using the shirt off her back. Doherty named him Ellenborough Lewis after […] 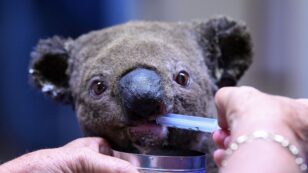 The recent Australian brushfires and extended drought have decimated the koala population to the point where it may be “functionally extinct,” according to an expert at the Australian Koala Foundation, as the Daily Mail in the UK reported. Functionally extinct means the population has become so limited that koalas no longer play a significant role […] 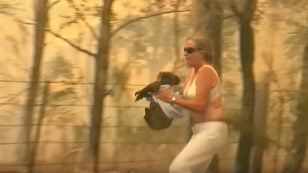 More than 350 koalas may have died in the wildfires raging near the Australian town of Port Macquarie in New South Wales, but one got a chance at survival after a woman risked her life to carry him to safety. In a video shared by Nine News Australia Tuesday, the koala was shown walking towards […] 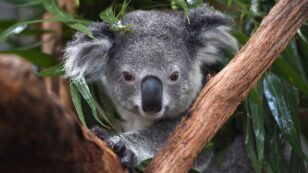 It is feared that an out-of-control brushfire has taken the life of more than 350 koalas in a koala habitat in Port Macquarie, a coastal town in New South Wales just over 200 miles north from Sydney, according to CNN. The fire was triggered by a lightening strike on Monday and has raged all week. […]