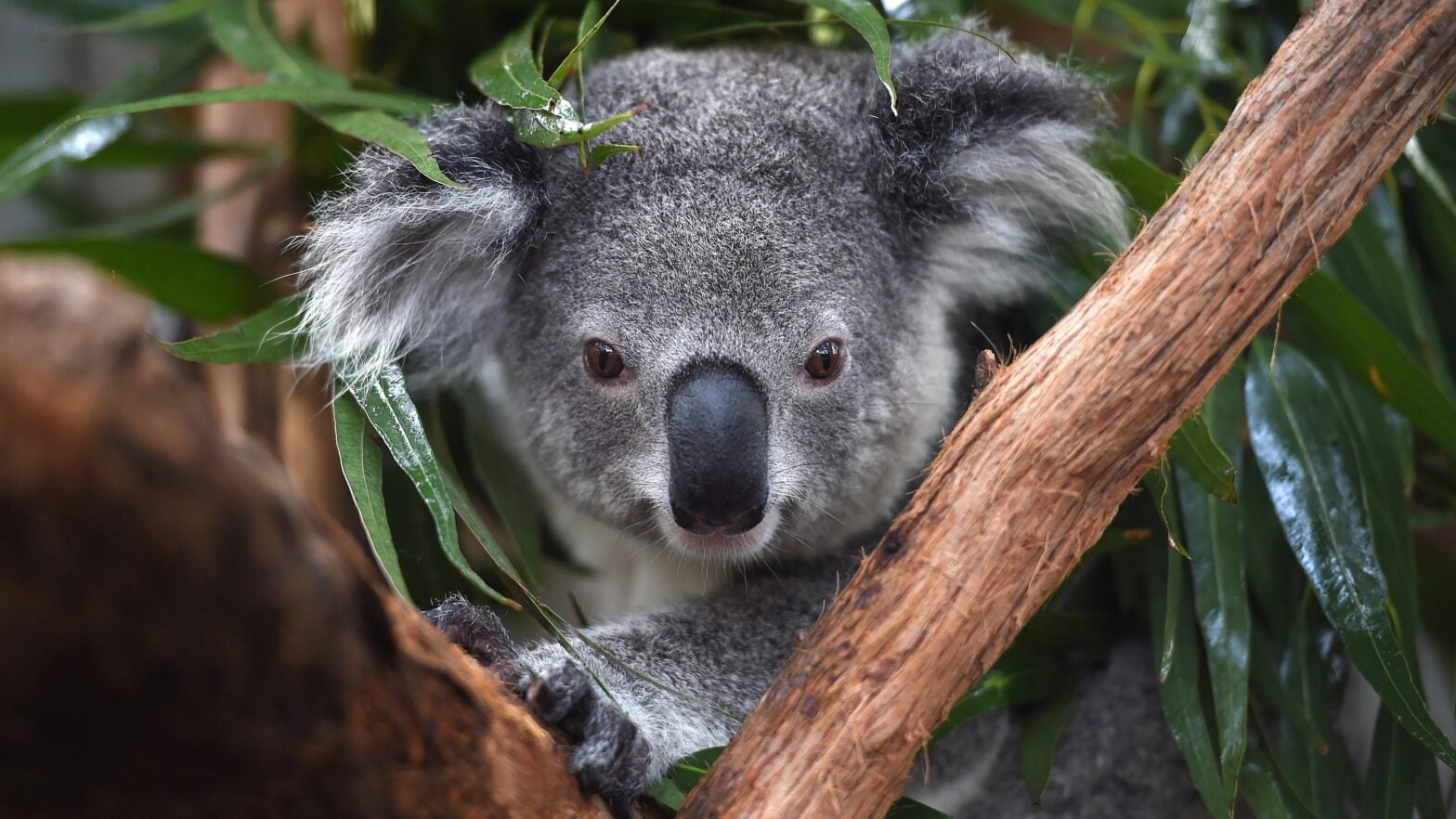 A koala at the Koala Hospital in Port Macquarie on April 28, 2016. PETER PARKS / AFP / Getty Images

It is feared that an out-of-control brushfire has taken the life of more than 350 koalas in a koala habitat in Port Macquarie, a coastal town in New South Wales just over 200 miles north from Sydney, according to CNN.

The fire was triggered by a lightening strike on Monday and has raged all week. It has destroyed nearly 5,000 acres and the smoke from the fire has contributed to hazardous air quality in Sydney, according to Australian Broadcasting Corporation.

The intensity of the fire made it impossible for staff at the Port Macquarie Koala Hospital to enter the marsupial’s protected habitat.

“I think this is just a national tragedy that we potentially have lost an enormous population of animals in the last 24 hours,” said Cheyne Flanagan, a supervisor at the Port Macquarie Koala Hospital, as the Australian Broadcasting Corporation reported.

“If we look at a 50 per cent survival rate, that’s around about 350 koalas and that’s absolutely devastating,” she said, as The Independent reported. “We’re hoping it’s not as bad as that, but because of the intensity of the fire and the way koala’s behave during fire, we’re not holding out too much hope.”

During a fire, koalas will often climb high into trees and curl into a little ball. It is a terrible strategy for survival since they will live only if the fire quickly moves on below them.

“So often the flames will just go over the top and singe the outside, but with really intense fires it can burn them alive,” said Ashton, as the Guardian reported.

This fire has not moved on and it has already decimated a large part of the koalas home.

“So far over two thirds of the current footprint of the fire is prime koala habitat (or was),” said Koala Hospital Port Macquarie in a statement on Facebook. “Crunching the numbers based on koala survey work of the whole LGA (local government area) – it is looking like conservatively based on a 60% mortality that 350 plus koalas have died in the last three days in this fire.”

While koalas are not listed as endangered, the marsupial’s numbers have plummeted in recent years due to urbanization, habitat destruction, brushfires, road accidents and dog attacks, according to the Australian Koala Foundation, as CNN reported. There are as few as 43,000 koalas left in the wild.

The koala colony that is at the center of the Port Maquarie brushfire is notable for its health and genetic diversity. All too often in Australia, the coastal forests that koalas prefer are cleared for suburban expansion, which leads to isolated colonies that become inbred and diseased, as the AP reported.

“The beauty of this particular population is that it’s so genetically diverse that it’s of national significance,” said Ashton, as the Guardian reported. “A lot of the koalas are being mixed and crossbred now … so to lose a large part of that population is very devastating.”