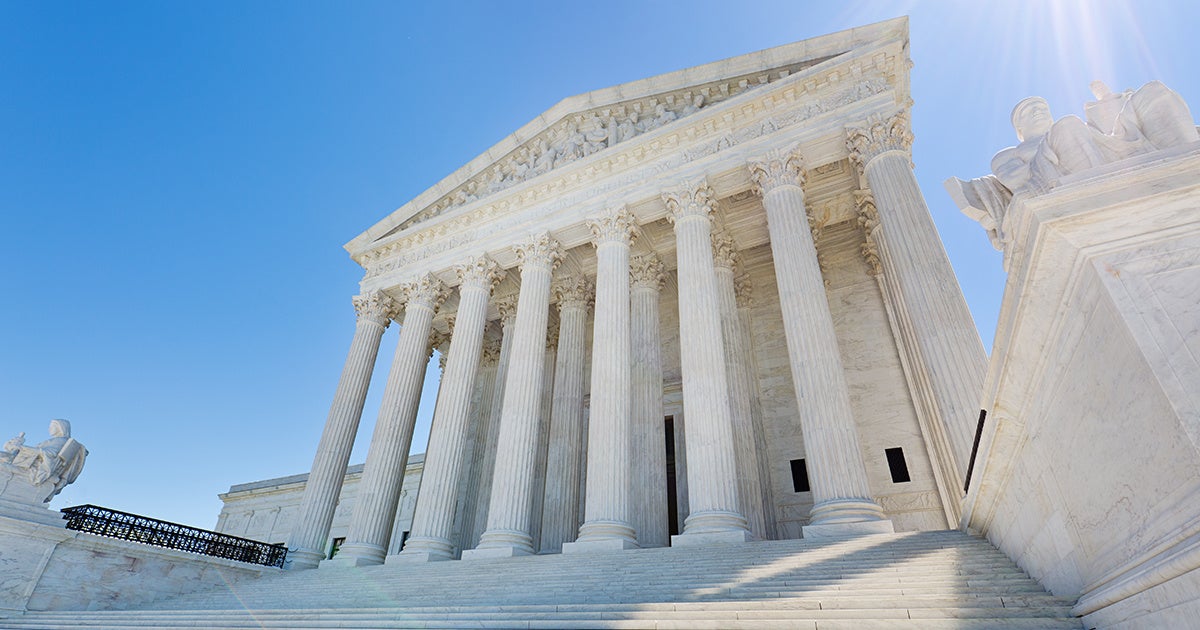 In a blow to the Trump administration, the Supreme Court ruled Monday to uphold a Virginia ban on mining uranium, Reuters reported.

The Trump administration had backed a lawsuit brought by Virginia Uranium Inc. and other companies who own the nation’s largest-known uranium deposit, valued at $6 billion. But that deposit is on private land in Virginia, and the state has banned all mining of the radioactive metal since 1982.

“This is a big win for the health and safety of Virginians and our environment,” Virginia state Attorney General Mark Herring said in a statement reported by Reuters. “We are well within our rights as a state to decide that a risky, potentially dangerous activity like uranium mining is not for us.”

*BREAKING* Virginia's ban on uranium mining has been upheld by the Supreme Court, and in a HUGE win for voting rights, the Court has dismissed the House Republicans' attempt to preserve racially gerrymandered voting districts.

The cause revolved around a 1954 law, as The New York Times explained:

The question for the justices was whether a federal law, the Atomic Energy Act, barred the state moratorium. That law regulates what can be done with uranium and the radioactive waste it generates after it is extracted from the earth. If the federal law applied, it would have displaced the moratorium and allowed mining to proceed.

But the federal law regulates only the second and third steps in uranium mining. The first step is extracting the raw ore from the ground. The second is separating the ore from waste rock, or tailings, and concentrating it into so-called yellowcake, which is sold. The third step is storing the tailings, which are radioactive.

The Justices ruled six to three in favor of Virginia, with Trump appointee Justice Neil Gorsuch writing the ruling.

“Every indication in the law before us suggests that Congress elected to leave mining regulation on private land to the states and grant the (Nuclear Regulatory Commission) regulatory authority only after uranium is removed from the earth,” Gorsuch wrote, as USA Today reported.

Chief Justice John Roberts Jr. wrote the dissent, arguing that the mining ban violated federal law because it was directed against the environmental impacts of the later steps in the uranium mining process, which federal law does cover. Justices Stephen Breyer and Samuel Alito Jr. agreed with Roberts.

Virginia is concerned about mining because the deposit is located in a scenic, agricultural county with 1,300 working farms, USA Today reported. Sixty-thousand of its residents depend on agriculture for their livelihoods and on wells for their water. The state is also concerned mining would disrupt tourism.

“We have long supported Virginia’s decision to protect its communities from the environmental and economic risks of uranium mining,” Southern Environmental Law Center (SELC) Senior Attorney Mark Sabath said in a statement. “We are pleased that the Court respected that decision and recognized that it was one for Virginia to make.”

The ruling could encourage other states to enact similar bans, Reuters reported, possibly leading to a decline in uranium production.

Virginia Uranium said it would investigate other means of challenging the state’s moratorium.

“We continue to think that Virginia’s uranium mining ban is both unlawful and unwise,” the company said in a statement reported by Reuters.