Supercharge the Healing Power of Garlic 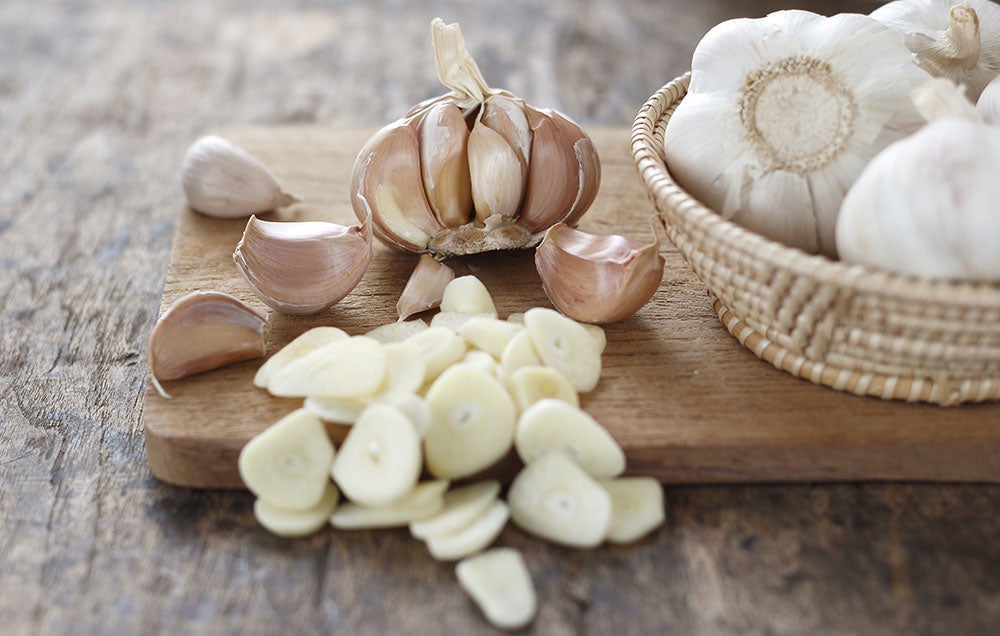 This year-round pantry item will not only add flavor and spice to your dinner dish, but it comes with plenty of nutritional benefits that’ll have you adding garlic to any and all possible meals. 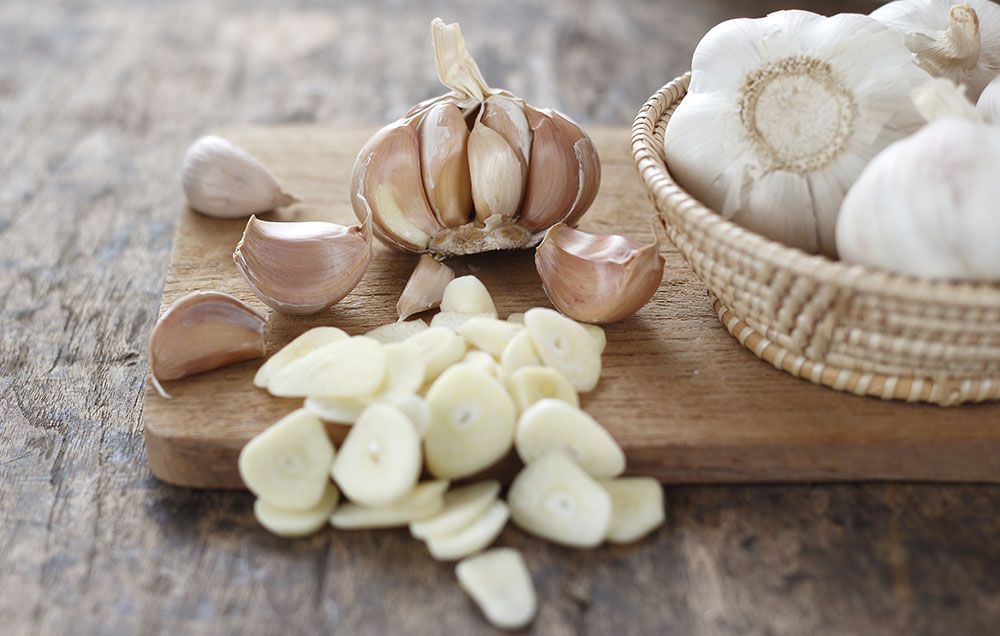 As a member of the onion family, the most powerful benefits of garlic lie in the phytochemical found in it, so your preparation is of utmost importance.

As a member of the onion family, the most powerful benefits of garlic lie in the phytochemical found in it, so your preparation is of utmost importance. Since the phytochemical in garlic called alliin needs to be converted by an enzyme called alliinase into allicin, which then further breaks down into a handful of other phytonutrients, it’s always better to crush the garlic cloves before cooking them. Now that the garlic is crushed and to make sure that most of the allicin is further broken down into ajoene, diallyl sulfides and vinyldithiins, give it 5 minutes to just sit before throwing it into the cooking process. Many of these compounds have incredible health benefits, including protecting your DNA from genetic aging.

But it’s not just your DNA that can benefit. Ajoene from garlic, for example, is thought to be at least as potent as aspirin as an antithrombotic agent, fancy speak for something that inhibits blood clotting. Allicin is also antibacterial and antifungal and has been shown to be able to kill Helicobacter pylori, a bacteria associated with increased risk of gastric cancer. Studies have also found an association between garlic and onion consumption and reduced gastric cancer risk. There’s also evidence that a high intake of both garlic and onion can reduce the risk of other cancers in other sites of the body, such as the ovaries, endometrium, oral cavity, esophagus and others.

Interestingly, eating raw garlic can reduce your risk for lung cancer and it’s thought to do this by a very unique method called garlic breath. True story! I’m sure you’ve experienced firsthand or been the recipient of the volatile oils from raw garlic that are excreted from the lungs after it’s ingested. But it’s thought that because the lungs are bathed in raw garlic oil, there’s a reduction in lung cancer risk. Given all this, it’s no wonder that the 17th-century English herbalist Nicholas Culpeper called garlic “a remedy for all diseases and hurts.”

Leave the garlic for five minutes to let alliinase do its work and convert more alliin to allicin. The reason for the wait is not only to get more allicin, but also because alliinase is heat sensitive and cooking destroys it. So the longer you wait, the more chance alliinase has of maximizing your allicin quotient in the garlic.

Adapted from The DNA Restart.