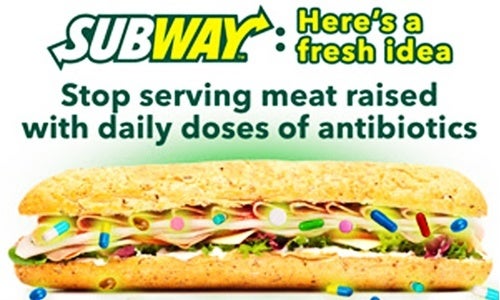 Subway’s slogan is, “Eat fresh.” But while the company may have established itself as the “healthy” fast-food alternative, many people don’t realize it is also contributing to a serious public health crisis, animal cruelty and environmental damage due to the company’s use of meat from factory farmed animals. These filthy and inhumane operations cause an incomprehensible amount of animal suffering, poison our air, land and water and give rise to antibiotic-resistant bacteria that impacts human health. 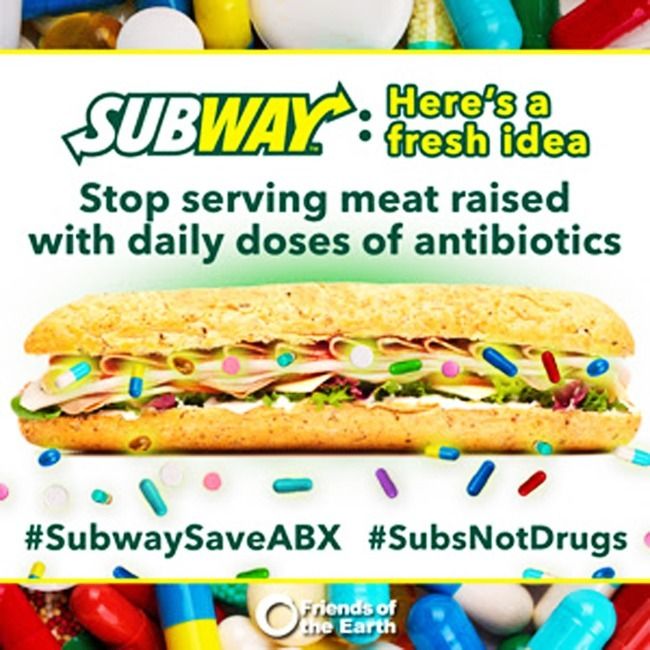 “It all starts with factory farms, where animals are raised in cruel, unsanitary conditions,” said Kari Hamerschlag, senior program manager of the food and technology program at Friends of the Earth, in a recent email. “The environmental impacts of these facilities are devastating. They pollute our water. They damage our climate. And their animals are fed massive amounts of pesticide-doused corn and soy.”

Another major problem is that the kinds of antibiotics given to humans and to factory farm animals are mostly the same, which increases the risk of both the emergence and spread of antibiotic-resistant bacteria, which can cause infections in both humans and animals. 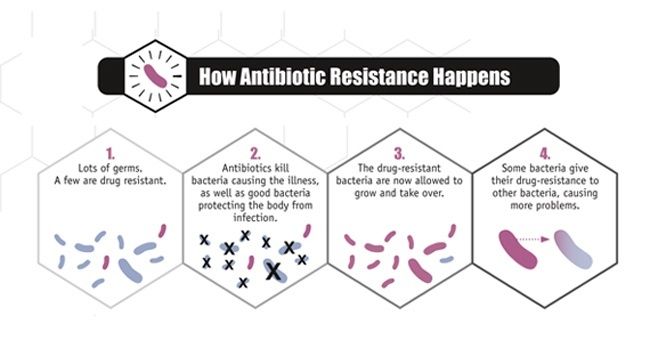 Friends of the Earth has launched a public petition urging Subway to switch to meat that is humanely sourced and less impacted by antibiotics. Because of the company’s size—it has more than 33,000 restaurants worldwide, more than its rival McDonald’s—the group argues, it has the ability to “remove a key tool that perpetuates terrible factory farming conditions and prevents a transition to more sustainable, humane meat production.”

A policy change by Subway could have a ripple effect across the entire food industry. “If Subway switches to meat that isn’t raised with routine antibiotics,” notes Hamerschlag, other restaurants will feel pressure to follow.”

Concentrated Animal Feeding Operations, or CAFOs, routinely give antibiotics to all their animals as a preventative measure, to prevent disease caused by the extreme confinement in which the animals live. This widespread non-therapeutic use of antibiotics creates what Food & Water Watch calls “a perfect breeding ground for antibiotic-resistant bacteria,” which ultimately reduces the efficacy of antibiotics that are used for humans.