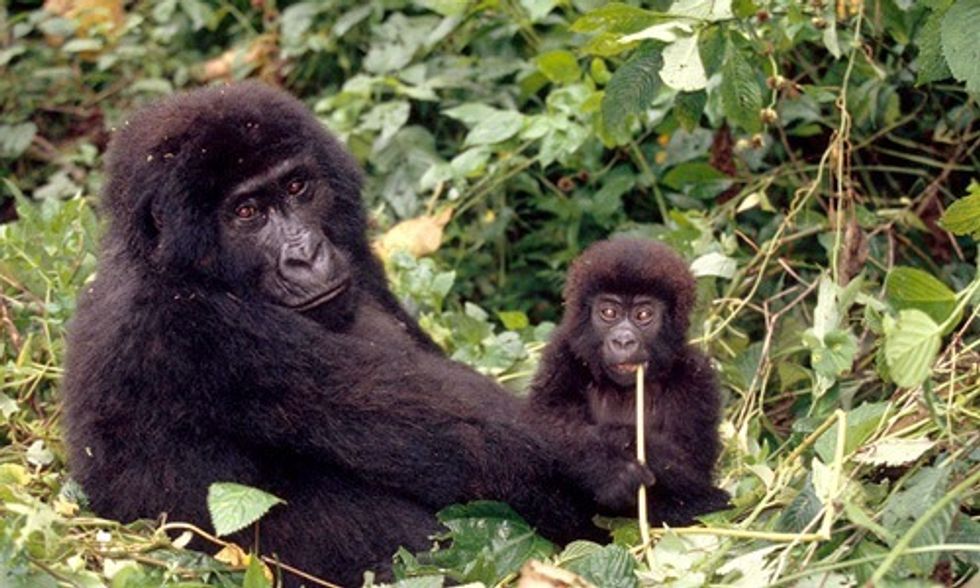 Second in size only to the Amazon, the Congo Basin rainforests are a hotbed of biological diversity. From lowland gorillas to African teak, more than 10,000 species of tropical plants are found alongside 400 species of mammals and 1,000 species of birds. Unfortunately, these rainforests and the communities that depend on them are under attack from illegal logging. As one of the largest consumers of wood products, the U.S. has the responsibility, and the tools in place, to help stop illegal logging in the Congo Basin.

Worldwide, trade in forest products is worth up to $400 billion USD. Up to 30 percent of timber traded globally has illegal origins, but in the Congo Basin region more than 50 percent of all timber exports are estimated to be illegal, with countries such as the Democratic Republic of Congo reaching up to 90 percent. Much of this valuable tropical wood now heads to China, where it is made into wood products and shipped elsewhere, including to the U.S. Over the past ten years, timber exports from the Congo Basin to the U.S. represented approximately $15 million USD per year.

Driven by widespread corruption, weak and contradicting laws, and a lack of enforcement, illegal logging has thrived in Congo Basin countries. Throughout the region logging companies and illegal loggers systematically violate local laws by felling and exporting trees outside their allotted concessions, cutting greater wood volumes than authorized, then use falsified documents to launder to export the timber. This has considerable detrimental impacts not only on the local economy but also on forest-dependent communities as they are deprived from their main source of livelihood and income.

The illegal timber trade doesn’t just harm forests and communities in the Central African region, it also undercuts American jobs and threatens our climate. More than 370,000 people work in the U.S. wood products manufacturing industry, making everything from cabinets to paper. However, each year American companies lose roughly $1 billion USD due to cheaper illegally sourced imports and less valuable exports. Further, illegal logging drives deforestation, which accounts for 17 percent of all carbon pollution worldwide. Put another way, deforestation emits more than all cars, trucks, trains and planes in the world combined.

The Congo Basin in Central Africa.

Although half a world away, the U.S. can, and should, help fight the illegal timber trade in the Congo Basin. One of the U.S.’ first conservation laws, the Lacey Act, was amended in 2008 to prevent the importation of illegally sourced wood products. Companies must take steps to ensure their products are legal, with violators facing fines or jail. However, a law is only effective if it is enforced. It is critical that the Obama administration fully enforces the Lacey Act in order to send a strong signal to companies that they must source their wood legally.

Thankfully, last month the Department of Justice concluded a two-year investigation into Lumber Liquidators, which faced allegations of knowingly importing flooring made from timber illegally harvested in Siberian tiger habitat. In a plea agreement, Lumber Liquidators pleaded guilty to four misdemeanors and a felony for importing flooring made of illegally sourced wood. This marks the first time a major U.S. company has been found guilty of a felony for smuggling illegal wood. This is a welcome step, but it is no silver bullet.

The U.S. can help protect the Congo Basin’s stunning biodiversity. To do that, the Obama administration must increase the level of scrutiny of timber exports coming from the Congo Basin region, support Central African enforcement agencies in investigating suspicious companies and continue to fully enforce the Lacey Act. Stopping illegal logging will not only save forests in the Congo Basin, it will protect American jobs and our climate.

Eric Parfait Essomba is the Congo Basin representative for the Environmental Investigation Agency, based in Cameroon.