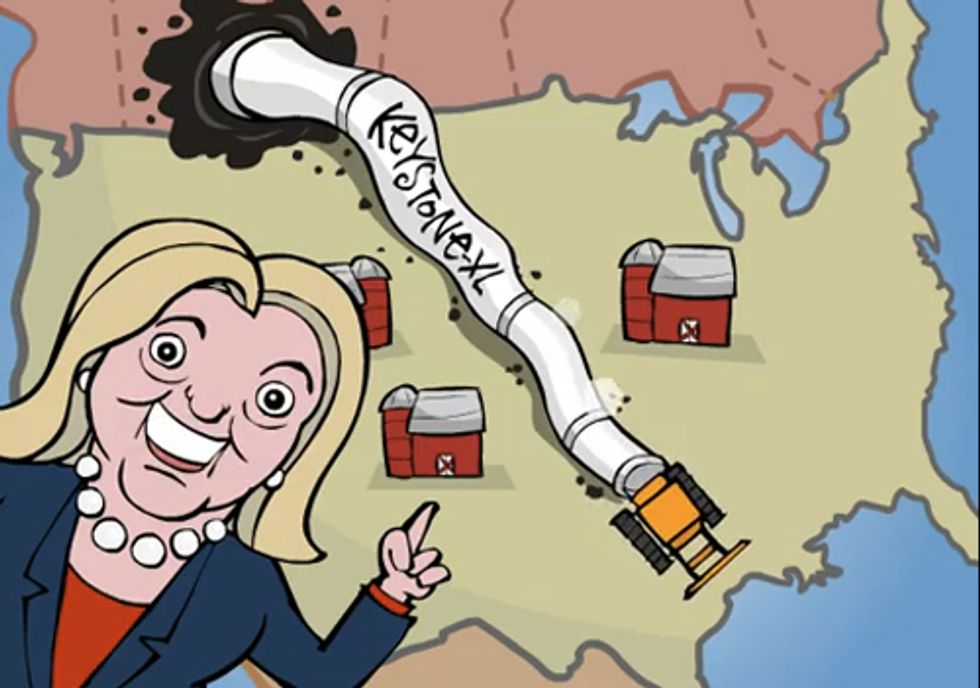 In a move sure to turn up the heat on a conflict-of-interest scandal that has been simmering for months, the State Department told Friends of the Earth this week that it will reject a Freedom of Information Act (FOIA) request for contracts involving the firm Cardno Entrix’s work on the review of the Keystone XL tar sands oil pipeline.

Prior to President Obama’s rejection of the pipeline last month, the State Department had run an environmental review process that was widely criticized as being rife with bias, lobbyist influence and conflicts of interest. The role played by Cardno Entrix, the contractor chosen by the State Department at TransCanada’s behest to oversee drafting of the environmental impacts review as well as the public comment process, has been especially controversial. Cardno Entrix’s long history of involvement with the oil and gas industry and with TransCanada in particular—which it listed as a major client—raised significant conflict of interest concerns. An October 7 New York Times expose revealed that the State Department “flout[ed] the intent of a federal law” aimed at ensuring impartiality when it hired Cardno Entrix, and numerous members of Congress subsequently called for investigations.

“Simply put, the State Department’s response to our Freedom of Information Act request has been bewildering, and it’s unacceptable,” said Marcie Keever, legal director at Friends of the Earth. “It’s not clear whether gross incompetence or willful disregard for the law is at play, but either way, the result is the same—the public is being denied its right to see a document that could reveal serious problems in the review of the Keystone XL pipeline—problems that may have led the State Department to understate the damage to the environment that the pipeline would cause.”

Friends of the Earth pledged to continue its pursuit of the documents.

“This matter is far from over,” Keever said. “We will use all the legal tools at our disposal to force the State Department to comply with the law and release its contract with Cardno Entrix.”

Friends of the Earth’s correspondence with the State Department in regard to this Freedom of Information Act can be read by clicking here.