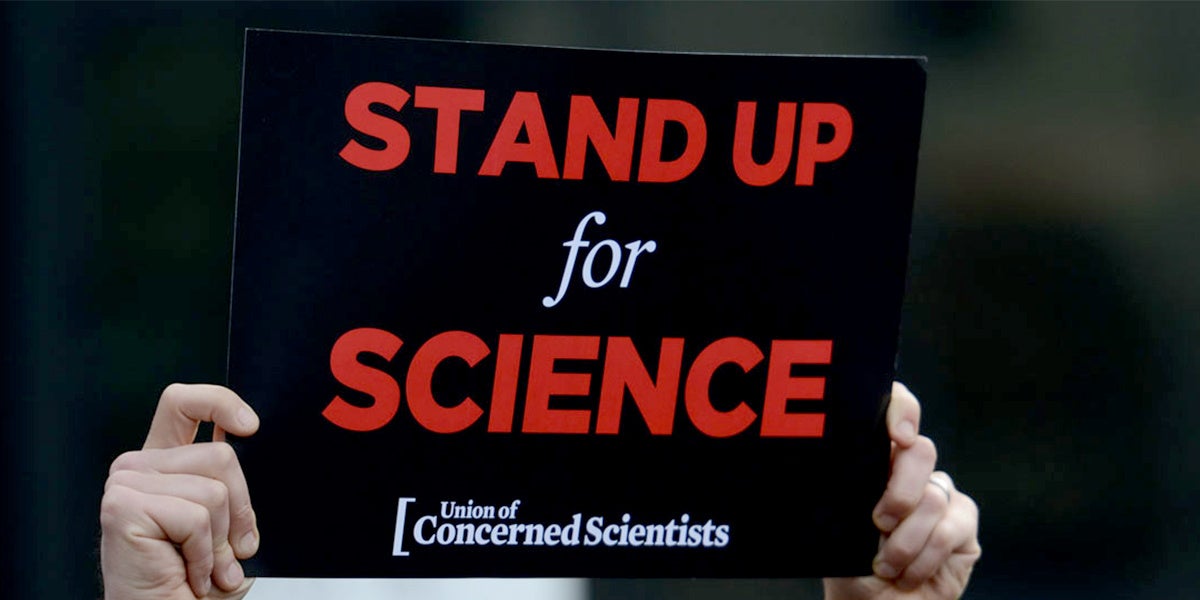 After a long wait, late Wednesday night, Congress posted a spending agreement for the rest of the 2018 fiscal year. For the most part, we achieved significant victories, especially given the challenging political environment, in repelling proposals that would have directly undermined the role of science in public health and environmental policymaking. 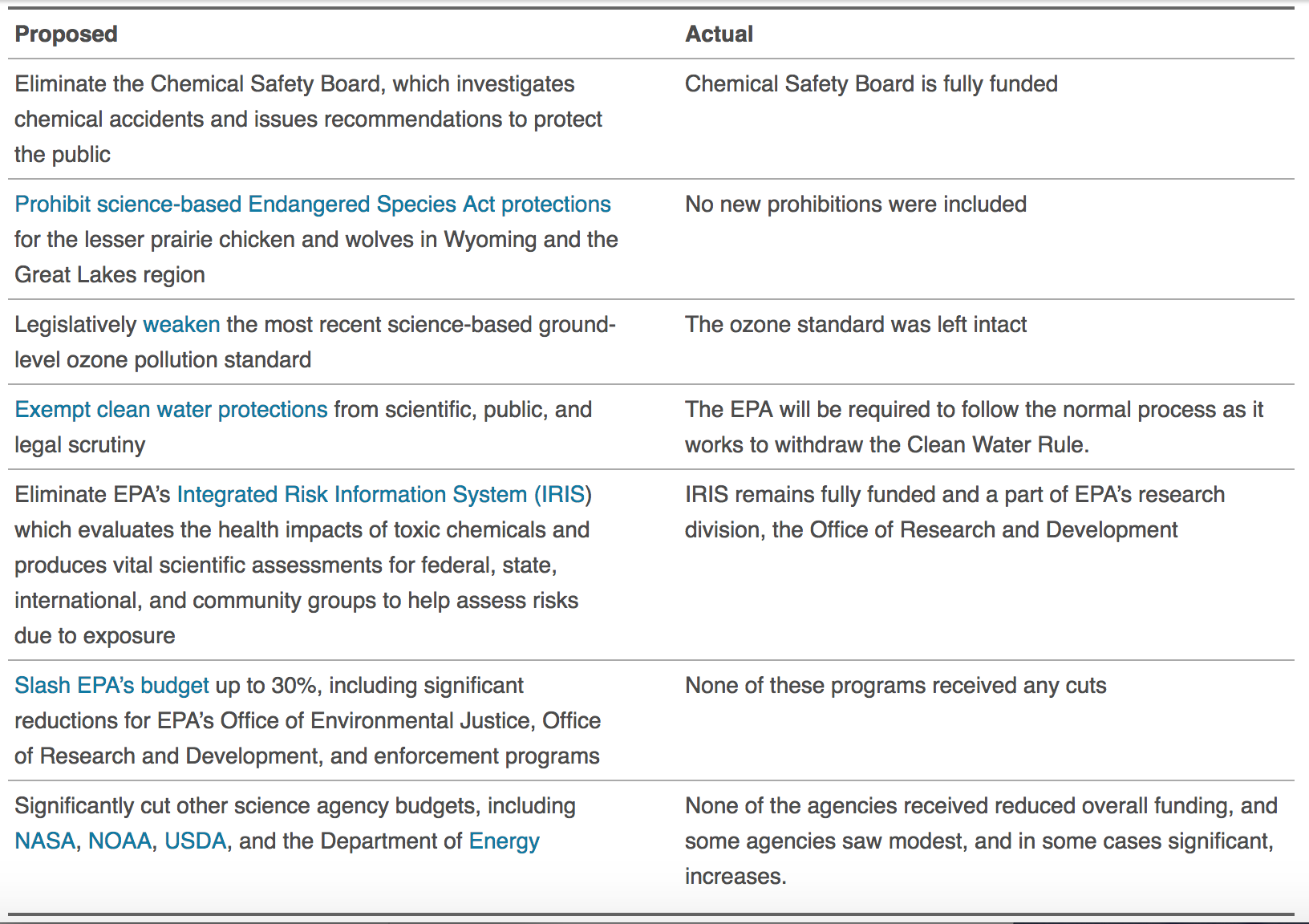 You made this possible.

The Union of Concerned Scientists (UCS), along with our coalition partners, has been working for the better part of the last year to ensure that the final spending agreement protects the budgets of federal science agencies and excludes any anti-science “poison pill” riders, or policy provisions that have no business being in spending bills. But we are only a few people.

We needed the support of Science Network members, Science watchdogs and Science Champions across the country to make this possible by bringing home the local impacts of the harmful proposals. Together, we were able to thwart all the harmful policies, cuts and program eliminations listed above.

We even made some small strides forward. For example, Congress clarified that Centers for Disease Control and Prevention scientists can conduct gun violence research—something they have effectively been prohibited from doing for more than 20 years. Separately, Congress will now be required to post Congressional Research Service reports (reports on policy issues that are completed by Congress’s research arm) on the Internet. This will mean better public access to nonpartisan, taxpayer-funded research and ensure transparency, something UCS has long been advocating for.

With support from UCS, scientists and science advocates explained to their elected officials and local press how these dangerous cuts and anti-science riders would negatively impact their state through sign-on letters and a steady drumbeat of meetings and conversations with local staff. Furthermore, they worked hand in hand to ensure their representatives in Congress understood that science-based public protections are a priority in the federal budget. Supporters took action more than 47,500 times through emails, letters, social media, meetings, op-eds and phone calls expressing their strong opposition to any final spending deal that cut federal funding of science agencies and/or included harmful anti-science poison pill riders.

In the current environment, we don’t often get great news from Washington. We have frequently seen the U.S. Environmental Protection Agency and other science agencies roll back or weaken science-based safeguards, or Congress try their best to weaken evidence-based decision-making. Wednesday night, however, our allies in Congress protected the federal science budget, fought off some of the worst anti-science proposals that were on the table and made additional policy improvements because you persuaded them that these issues should be top priorities.

We need to keep pushing.

While this funding agreement is a good first step, the battle continues. It is still unconscionable that Congress was unable to include protections for Dreamers but include some funding for a border wall. And there were some other anti-science poison pill riders that snuck through, including continuing a prohibition on protecting the imperiled sage grouse and continuing to legislate science by declaring that biomass is inherently carbon-neutral (it isn’t).

But we have another opportunity to fight just around the corner. Congress will soon begin work on funding for the 2019 fiscal year and you can be sure many of these same issues will find their way into negotiations.

We know that politicians want to go down the road of least pain. When constituents speak up for science, lawmakers do listen. The squeaky wheel does get the grease.

That’s why it’s critical to make your voice heard and keep a steady drumbeat going. Lawmakers will return to their districts next week to begin a two-week in-district work period. Take that opportunity to engage with your representatives and senators and tell them what you liked about this spending agreement and what you want to see continue, or improved upon, in the next funding deal. Let’s keep the momentum going by continuing to call, email, write letters and tweet your elected officials!

Yogin Kothari is a Washington representative with the Center for Science and Democracy at the Union of Concerned Scientists.