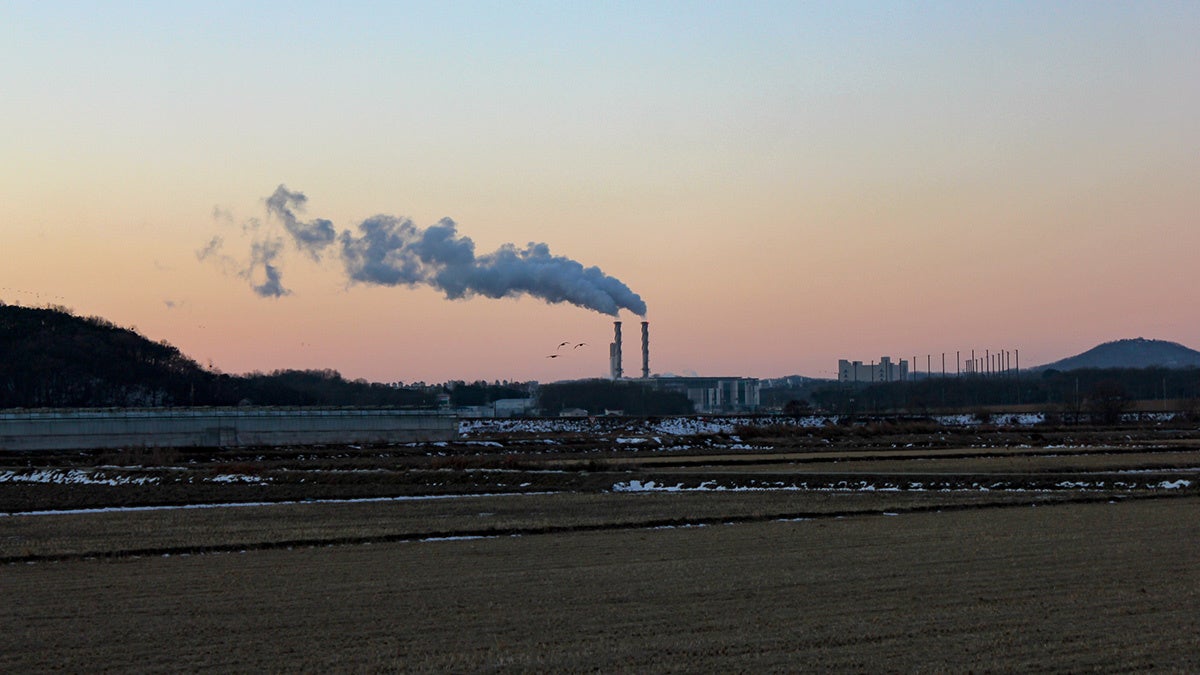 South Korea will close up to a quarter of its coal-fired plants for the winter months to tamp down on air pollution that the country declared a “social disaster” after several cities experienced record high levels of air pollution last winter, as CNN reported.

The shutdown is noteworthy for its timing, since South Korea’s demand for electricity peaks during the winter months. However, the energy ministry said yesterday that the plants that remain open are able to supply sufficient electricity, according to Reuters.

South Korea’s energy ministry said shuttering the coal plants for the winter months would reduce fine dust emissions by 44 percent over the next three months compared to the same period one year ago, as The Guardian reported.

After the winter, the country plans to suspend more coal plants, possibly bringing the total up to 27 of the country’s nearly 60 plants by the end of March. The shutdowns come at the behest of a presidential committee that recommended a deliberate and systematic move away from coal to step up the country’s anti-pollution efforts, according to Reuters.

Coal supplies about 40 percent of South Korea’s electricity, but there has been a public backlash to the greenhouse gases emitted by coal-fired plants, and public sentiment has shifted to demand cleaner air. Two of the plants that will be closed are older ones that emit more pollution than the others, according to a government official, as Reuters reported.

Otherwise, about 30 percent of South Korea’s power comes from nuclear generators, and most of the other 20 percent from natural gas. As coal goes down over the winter months, South Korea expects to use more liquid natural gas, according to Reuters.

South Korea has been slow to move to clean energy. In March, the International International Energy Agency told CNN that only 2 percent of the country’s energy sector was supplied by renewable sources. The government promised to boost renewables to 20 percent by 2030, according to CNN.

In addition to closing down the coal plants through Feb. 29 of next year, South Korea has taken several other steps to reduce air pollution after large areas of the country were blanketed in a fine dust earlier this year and several cities had record-setting concentrations of fine particulate matter, which is linked to several mental, respiratory and cardiovascular disorders.

Starting Nov. 29, non-essential vehicles will be banned from the roads every other day in large cities for the next four months, according to The Guardian. Last spring, the government also limited power plant and vehicle use and cut the amount of dust that construction sites were allowed to emit, but the measures had little effect in reducing pollution.

South Korea, which has the sixth largest economy in Asia, consistently has some of the worst air quality of Organization for Economic Cooperation and Development (OECD) countries, with some of the highest levels of particulate matter pollution, as CNN reported.

The air pollution crisis has also created a rift with South Korea’s largest neighbor, China. Public health experts in South Korea says that dust blowing across the Yellow Sea from China is responsible for 50 to 70 percent of the fine dust pollution in the Seoul area, which is home to half of the country’s population, as The Guardian reported.

China rejects that argument and said Seoul’s own vehicular emissions and dependence on coal are to blame, according to The Guardian.